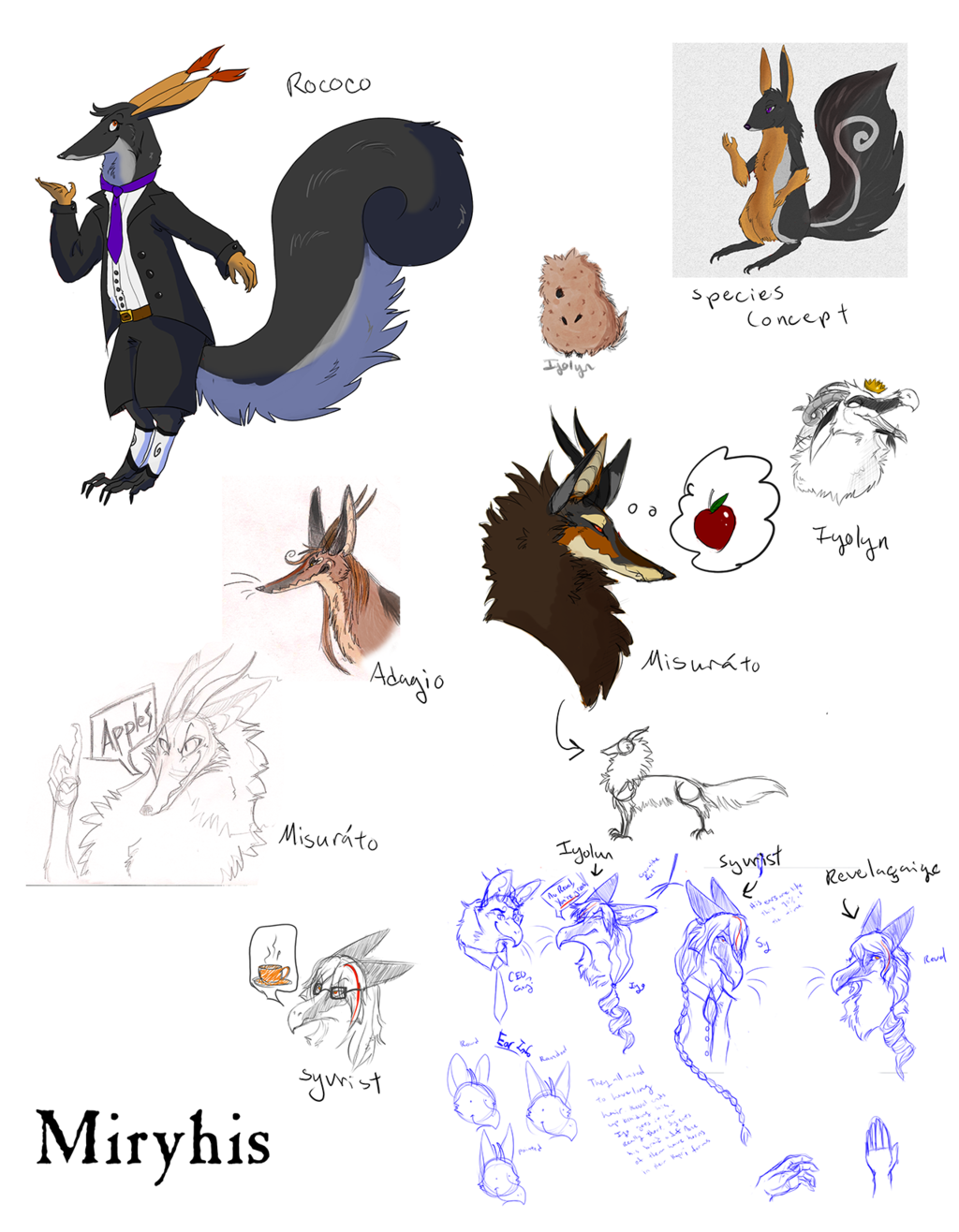 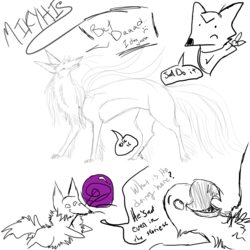 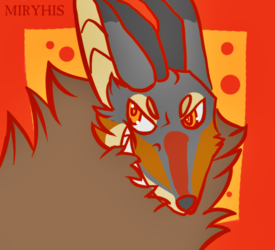 This is stuff that's been sitting on my computer for awhile and I stopped messing with. I still like it, though. Oh, and they're bums. All bums.

Adagio and Misuràto have a brother, but I haven't drawn him yet. Although, they do spend a good chunk of time with out him in my story, haha. These are their true forms, but Adagio almost never uses his and it messes with his head when he doesn't.

Rococo exists in the same world the Troxallises (the sons of Mr. Krys) do, it's sort of like Redwall. She tries to slay Revel (their ideologies clash), but he ends up in jail before she can. Iyolyn is the youngest out of the Troxallises, and is here several times. He's fun to doodle. He turns into a Bearded Vulture/Coyote gryphon. He probably stole the crown he's wearing, because his mommy can't afford to get him anything nice.