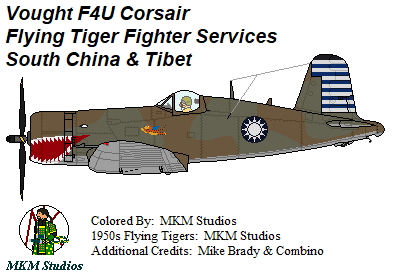 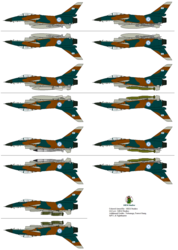 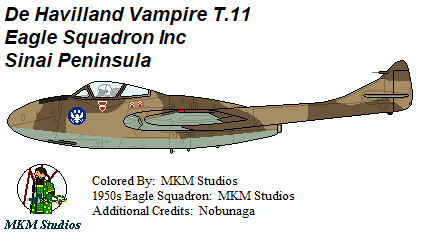 Shortly after the Japanese defeat in World War II, both the nationalist Kuomintang and Communist Party armies began gearing up to restart their civil war in 1946. But as the Soviet Union’s support for the communist forces began to change the tide of the conflict, the Republic of China called out for support, which came in the return of the Flying Tigers. Formed by the original pilots of the American Volunteer Group during the Sino-Japanese War, and bolstered by massive numbers of battle-hardened pilots from across the Pacific, the Tigers’ squadrons dwarfed its pre-war predecessors' numbers.

The F4U Corsairs served as the primary fighter in their entry into the Chinese Civil War, at first flown exclusively by former US Navy & Marine pilots until the rest of the AVG have completed training with them. They proved the most critical in keeping Nationalist Chinese forces from falling, and made the most air-to-air victories in Flying Tiger service. They were eventually replaced by newer jets in mass export.