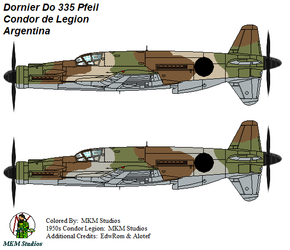 The de Havilland Sea Venom is the partner to the Hawker Sea Hawk in Eagle Squadron's current naval force, both often operated on board British or French aircraft carriers, and cutting their teeth in conflicts in service of Anglo-French interests.