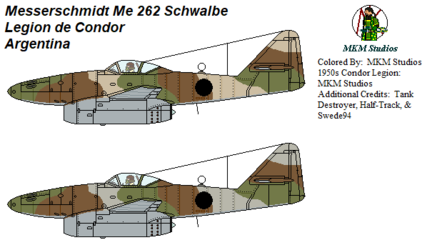 The Hawker Sea Hawks are the company's current carrier-based fighters, used especially for overseas missions onboard British & French aircraft carriers. Its range and ruggedness allowed it to fight in more conflicts and any other plane in their inventory, tasting battle in French Indochina, British Kenya, Algeria, the Suez, and the Spanish Sahara.