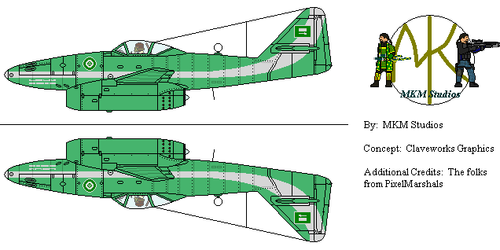 The F-100 Super Sabre is a rare fighter jet in the Squadron, and used only for air defense in the worse case scenario of a major conflict along the NATO-Soviet border.