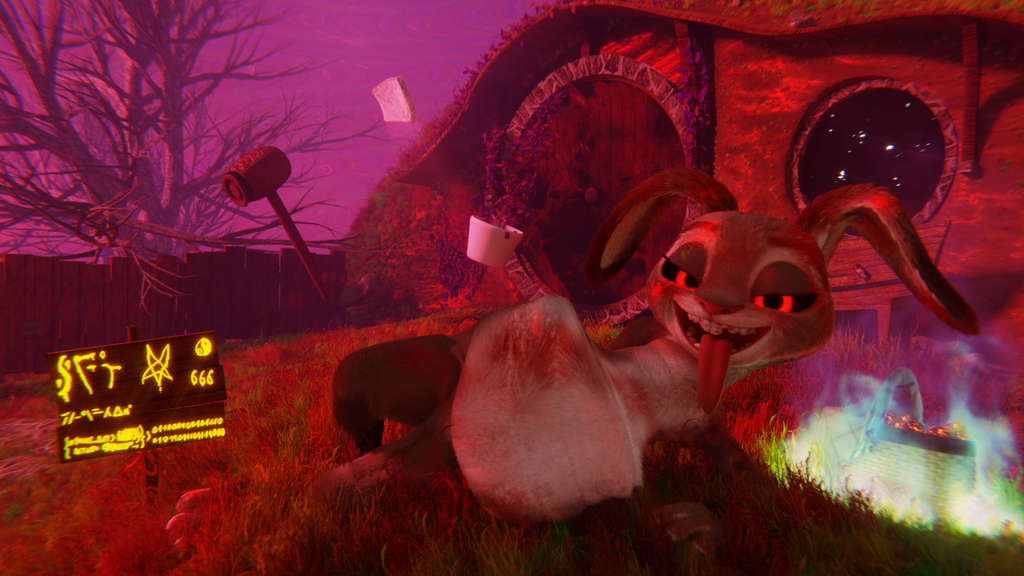 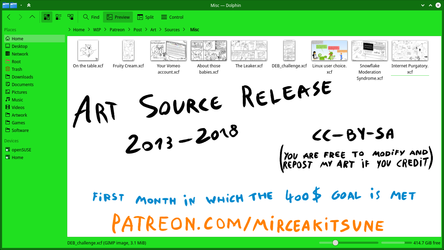 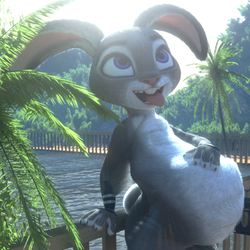 I decided to do a re-render of last year's Easter scene. Initially I was going to make something crazy for April Fools instead, but unfortunately I didn't find any more time for that. And don't worry: The normal Easter render for this year is on its way, this is an unrelated project.

The reason I rendered this again is that a lot of new features have been added to Blender 2.79, such as the denoiser and Filmic filter; Since this is one of my best renders to date, I wanted to see how it would look like with some of the new options enabled. Additionally I wanted to improve on things like the color correction, to make the scene look sunnier and more colorful. Changes include the following:

Lastly I used this opportunity to test something I've been meaning to try out for some time now: Someone recently posted a Blender addon for a new render farm on Blendswap, which is currently free to use as long as your blend file doesn't exceed 500 MB. I understand it does ray tracing on a quantum processor which was recently released by Intel... this is a domain I've been more than interested in, and mixing it with Blender made the idea all the more tempting to try out! I belive the farm is partly a test to see how much quantum processors can improve CGI rendering, with some artists claiming their renders are cut from 8 hours to only 42 minutes! This will definitely help me a lot with my future animations, granted they decide to keep it open to the public.

Unfortunately people have also reported some odd issues with rendering on a quantum CPU. I understand it has to do with the image looking different based on the type of monitor you have. In some cases, people claim to see entirely different results even on the same monitor. This led to quite a few weird arguments on the forums, with some people actually freaking out. I find this pretty funny since the end result is still an OpenEXR image, there's no way the computer could be storing different versions of an image and personalizing it!

To me this image always ap̀p̕ears the same way, which I tested both on my desktop and laptop: It's similar to the original render, just a bit cleaner and brighter and more sunny. I asked my mother to take a look at it too out of sheer curiosity... oddly enough, she told me that I made the scene too cloudy instead. I later sent it to a friend on Discord, but he told me that he's only seeing a blac̸k͏ image with green stripes. WTF?

None the less, I have noticed some odd things myself: The more I sta̴re͜ at the image, the more I get an odd feeling of drèaḑ that I can't easily explain. The weirdest thing is that after I looked at it, I found a few projects on my drive which were clearly created by me but Í do ̵not remember working on, whereas a few of the things I did work on seem to be d͢iff͟eren̶t from what I clearly re̴mem̧b͏e͟r do̵i̛ng̀!