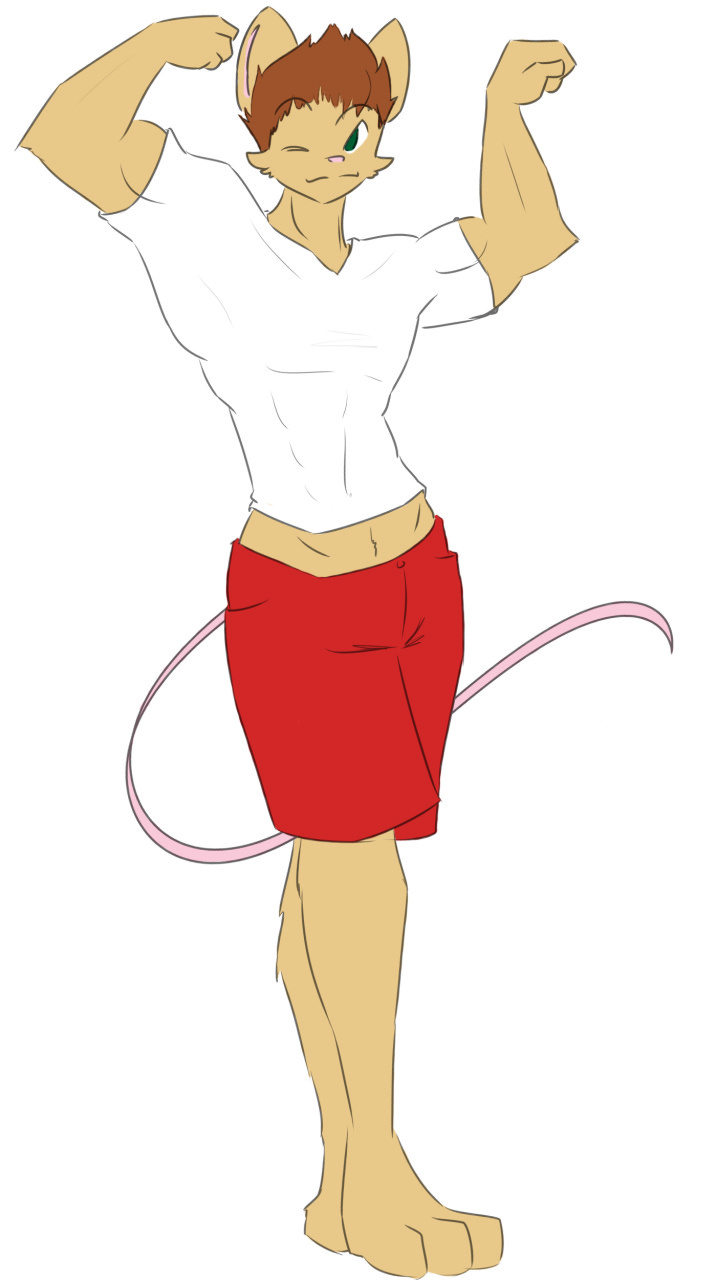 Annnd then there's Milkie's big brother, Latte. He's 27, and real big, especially for a mouse! He has a not-identical twin named Cocoa, who I will one day have to have drawn again! (Her old pictures have been very gender-fluid. :P)

So there's Latte. Growing up he was a bit of a school-ground super-hero, especially concerning his younger brother Milkie. Anyone who fancied themselves a big, tough bully could be sure they'd find themselves on the wrong end of a beat-down from this overly large mouse. It was sort of a way to cope with a lack of attention that came with being the oldest, as his mother tended to fuss over Milkie more than him. But even so, he found the sort of vigilante justice very satisfying, and ended up chasing it as a career into police work.

Clearly, he's very proud of his physique, and works out enough to make up for a lot of his nerdier siblings. Seemingly to counter this (and keep his rebel-streak gloriously ingrained), he also has the unfortunate habits of smoking and casual beer-drinking. His ego has grown to match his body, and he thinks rather highly of himself. Though he means no harm by it, most of his conversations tend to centre around himself and his accomplishments.

He was engaged once in the past, but after discovering his wife-to-be's infidelity, he's been off the market for a serious relationship for years.

Latte is very much the "man" of the Souris family, enforcing a sense of stingy responsibility onto his siblings young and old. That tends to happen when your Dad bails on you. But he's still very much a Souris, and plays video games just as religiously as the lot of them. He's just not as keen on computers - prefers his consoles.