Watching Over You by Miliki 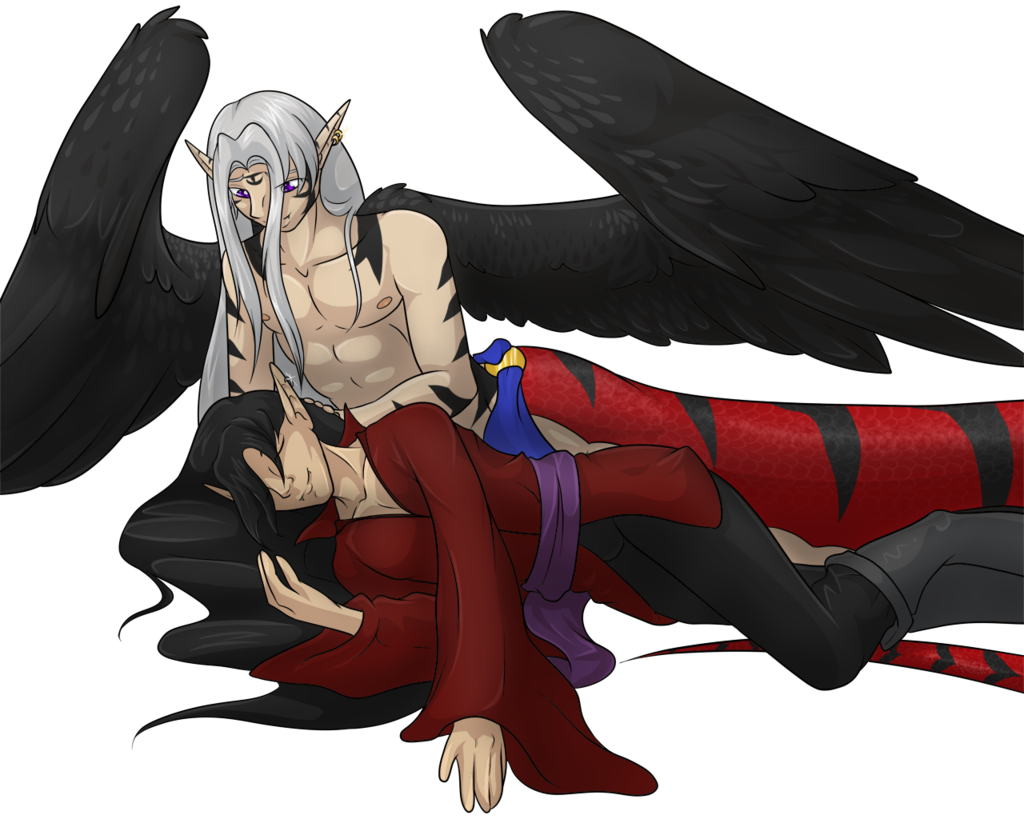 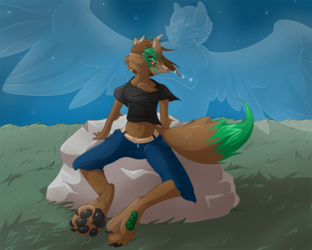 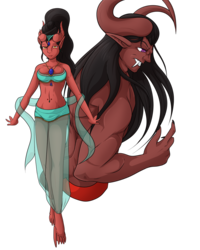 I posted this awhile ago and just forgot to post it here.

I decided to start drawing this image due to a (negative) comment someone made about vampires as characters. That and the fact, my good friend Kaylin has been going through bad news over bad news and figured our two male characters together would cheer her up. What I got (implied) that vampires are horrible characters due to their mass poor creation by RPers in the early 2000’s. And yes, I did create Deimos, my vampire in the early 2000’s with a good friend from High School. At first, as an expected reaction I was angry but then I thought about it.

Characters are more than just their species and coloration. They are the embodiment of thought, fun, and story that go behind them. They are also reminders of times that you spent with friends during those RPs. I, have bad legs, and was not able to run and play most sports when I was young, and only have more ailments now preventing me from doing so. Role play (RP) was one of my few methods of entertainment. And even if my characters may be Mary Sue’s, I can look at them and remember the times sitting under the tree with my best bud, telling stories of their grand adventures with her characters.

And while my character Deimos has shifted over the many years of RP, and his background changed a little, he is still a vampire, even if he is a cross breed now. And I like him. He is a part of me… Like all of my characters. They are contain a facet of my personality (some more than others). And being upset turned to pity as I realized that maybe they did not have the opportunities to create characters and have fun with friend’s way back when. I know I still do to this day, with my mate, and my friends, it is just a little more structured now, and there is one person telling the story rather than multiple contributors creating a world.

I think what upset the individual though was not just the fact of vampirism though but was the fact the I mixed mythos’ and religions to create my parallel world that my characters lived in. Yes, they live in a modern world like ours, with cars and technology, but there is magic and adventure. And religions are mashed together a bit and traditional mythos skewed. But isn’t that the case in most modern entertainment now a days? Thor (from the movie) is a superior alien race which could be considered a God in comparison to mortals. Dr. Who, just about every mythos we have is explained by being alien or advanced technology. Not to mention all the different animes out there whom have taken religions from across the world and twisted them. There is nothing wrong with taking something and turning it on its head, it is all in good fun.

So take the characters you have and revel in them. Enjoy them. It doesn't matter what anyone thinks or says about those characters. You took the time to take them from your mind and bring them to life. It doesn't matter if they are a sparkle dog, wolf, a Mary Sue, or even a vampire. What matters is that they have some thought, creativity, and fun behind them. And I know every time I look at Deimos I will think of my good friend, no my sister (not blood relation), and all the fun we have together and the amazing world/story we created together. Love ya sis, hope this cheers you up a little.