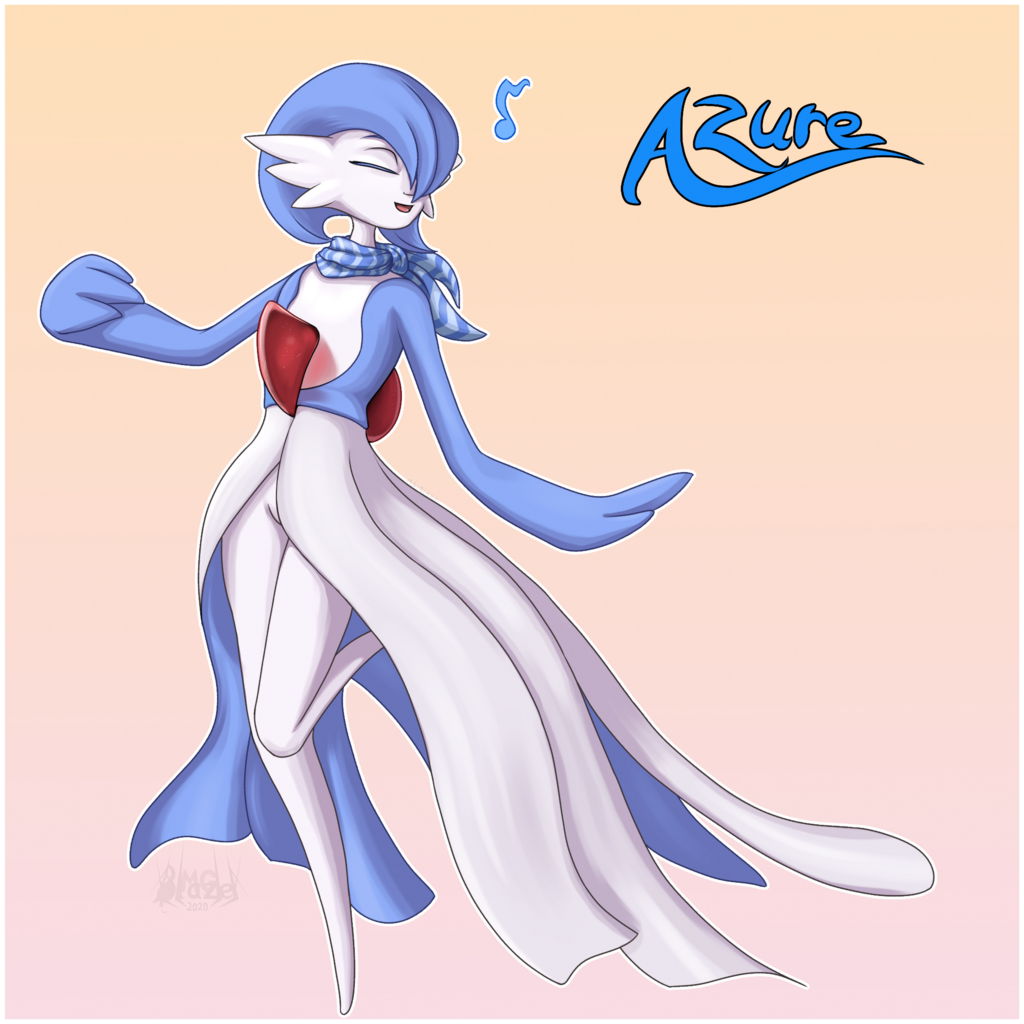 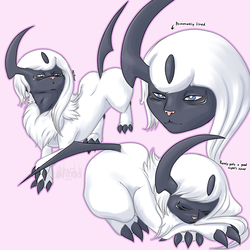 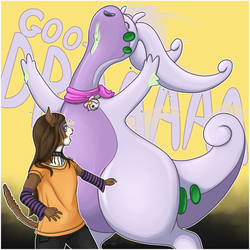 Well, I suppose I was going to depict them eventually. This is another member of my crew, Azure!

Azure facts;
In-game I hunted them with the Masuda method in I think 2017; they're half-Japanese. Has all Hoenn and Kalos ribbons. Usually seen wearing their (choice) scarf.
For head-canon; They see themselves as something of the "big sister" of the group and tires to mediate arguments. Likes dancing, dislikes rainy weather.

...I've literally never cranked out an image this quickly before in my life, like what the hell.