I am usually open for commissions, so hit me up if you think I can help realize an idea you have!

I've been doing artwork for about ten years now. Still basically a nobody though, which is incredibly disheartening. Aside from that I play a lot of video games (though who doesn't nowadays), and I have recently started doing some Nerf mods that I may or may not make content on in the future. By extension I do a bunch of physical modelling and electronics work too. I have a programming background, though I haven't actually done so in a few years due to some personal issues. I play a lot of Warframe, and really enjoy Magic: The Gathering but barely get to play.

I'm also a Ju-Jutsu practitioner, which has been pretty fun so far.

I did make an F-List account but I don't really use the site for anything other than some character information and the like.
This is Blaze's page if you're interested.

Commissions: Soon(TM) (Going to work out a new pricing structure)
Trades: Maybe (Ask and I'll consider it)
Requests: Friends only

Everyone is encouraged to provide any criticism on anything here that they feel is pertinent. Preferably do it in a nice way; though if you really insist on being a jerk, please at least make sure you have a good point to make and I'll probably still listen. I am always seeking to improve where I can, and I feel that such feedback is probably the most direct way of accomplishing that goal. If anyone takes the time to go ahead and redline something that would be especially helpful. 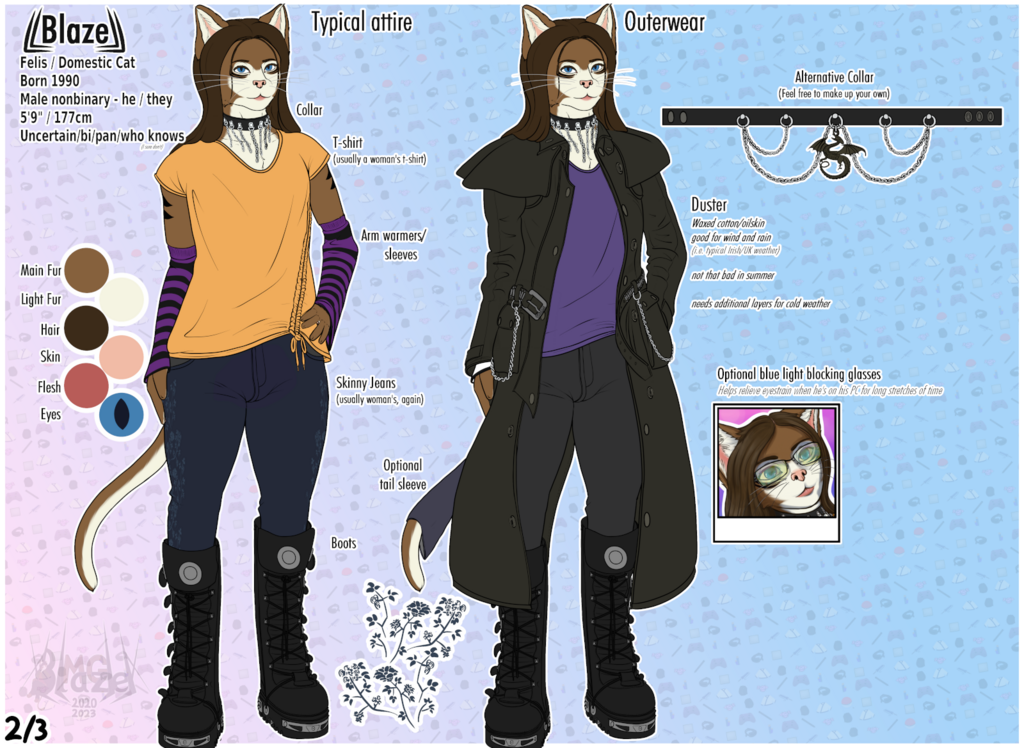 Every now and then I run in to an artist in roughly the same situation I've been in for years. Amazing work, but nobody is looking at it, and that's fucking criminal. I'm not doing so well either so realistically I don't know how much I can do but I'm damn well going to try and do SOMETHING for them. So: Here are some artists I want you to check out!

I hope I got all the ones I ran across. Unfortunately I wasn't keeping a list of under-rated artists but I think I'll need to start doing that.

In the spirit of bringing light to those that deserve it, feel free to leave comments linking to other artists with fewer than 1,000 watchers/followers. Especially if they're under 500.

Edit;
Until I have something else to actually post in a journal, I'll probably update this periodically for other small artists that need more attention.