The Ultimate Final Smash 3/3 by Mewtwo 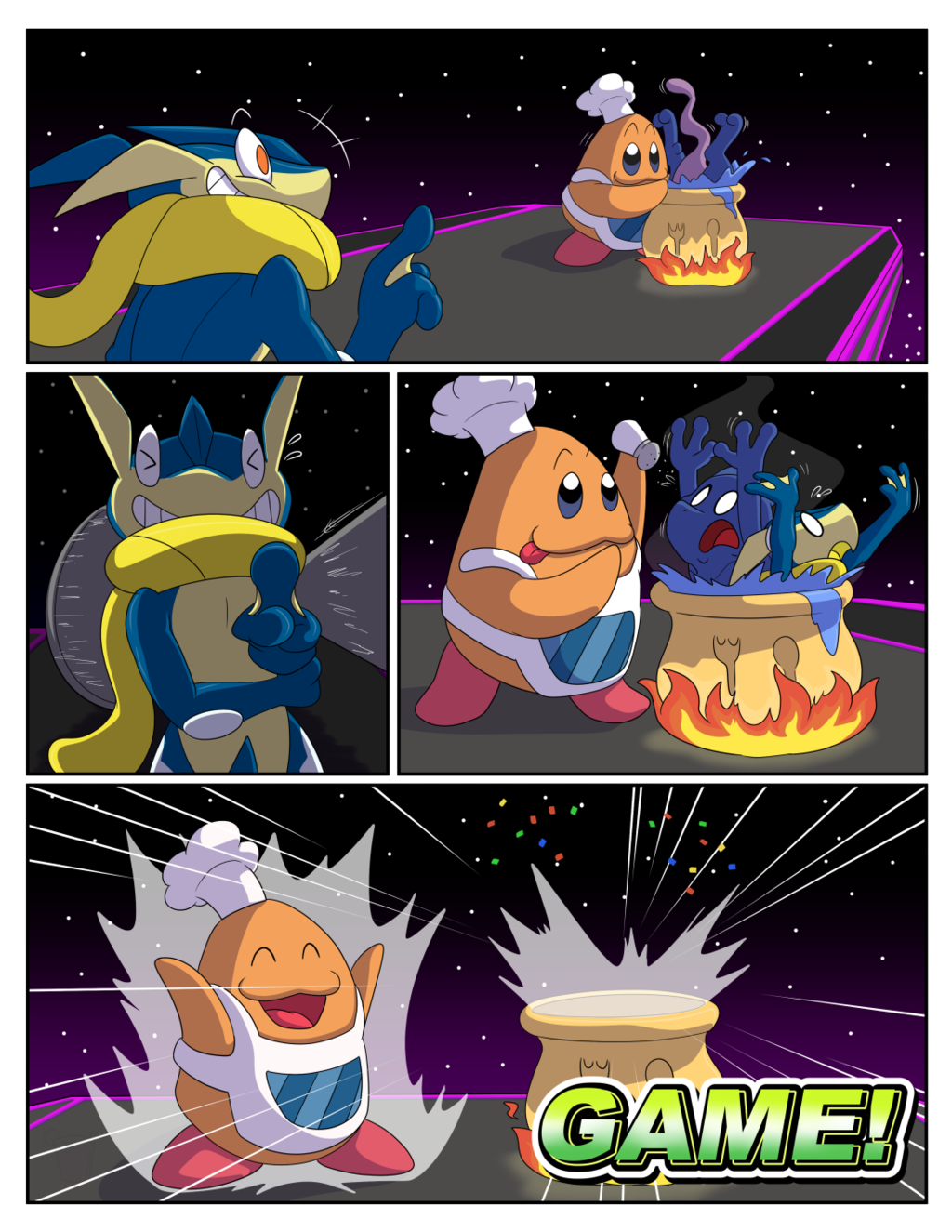 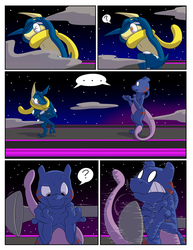 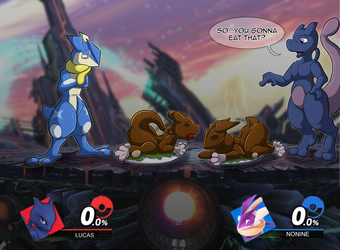 Looks like that final Smash Lucas tried to use on 1234567810 didn't work out as planned. Now that Chef Kawasaki is an Assistt Trophy (yay for him being promoted!), trying to summon him as a Final Smash had different effects!

Nonine is laughing his ass off at watching Lucas get cooked! ...so hard in fact that he doesn't see Kawa swings the giant ladel out again. Now they're both cooked!

Goddamn, dweet-tea, this comic is perfect. The background, the expressions from start to finish. I mean shit, that thought bubble from page 1 is now its own telegram sticker because it's just too cute not to!

If you have something Smash-related you want to see come to life, Dweet's your guy. It's just that simple.

Everyone needs to know frogs are food on Final Destination! ...Mewtwos are food sometimes too though.