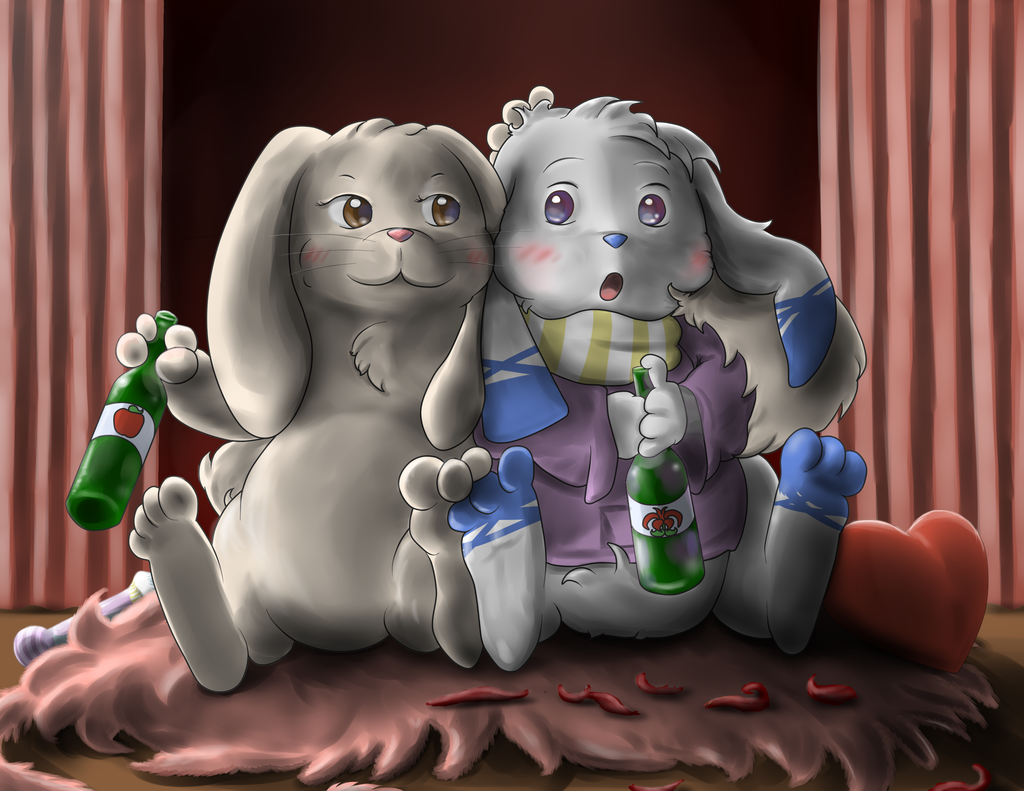 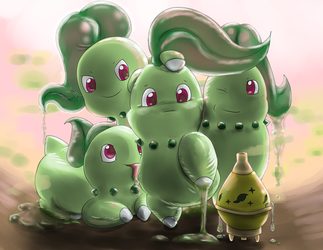 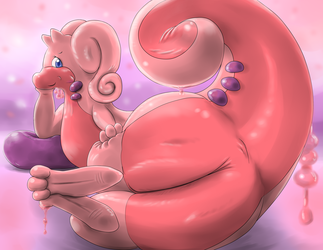 She loved Valentine’s Day. Loved it. Paws thumped her favorite holiday. It was less because her name was Velvetine, and she therefore got a vibe of associated vanity every time people talked of the day. It was even less because it was, in fact, also her birthday — although that alone did entitle her to plenty of pets, rubs, and affection.

Velvetine loved this holiday because the Magician allowed her to keep the volunteer after the show.

And not just “keep” keep. We’re talking keep keep. Whatever means at the whim of her paws, for just one day a year, she got to both captivate the audience and captivate a single member, for good.

This year, she took a fancy to a cute Mimiga boy in the audience. She recognized him immediately by the fluffy, blue-dabbled lop ears, from the last time he came to watch their performance. There was just something about his boyish blush when she brushed near him that she found endearing.

Also, it made her nostalgic for one of her previous volunteers. Curiously familiar, though not nearly as uptight.

The Mimiga had qualities Velvetine quite liked, and it had nothing to do with his white mage abilities. It had plenty to do with his naivety, though, which just made her feel all the fluffier about her choice~

After all, there was nothing suspicious about friendly after-show drinks or red-petaled flowers on Valentine’s Day. Even to a Mimiga.