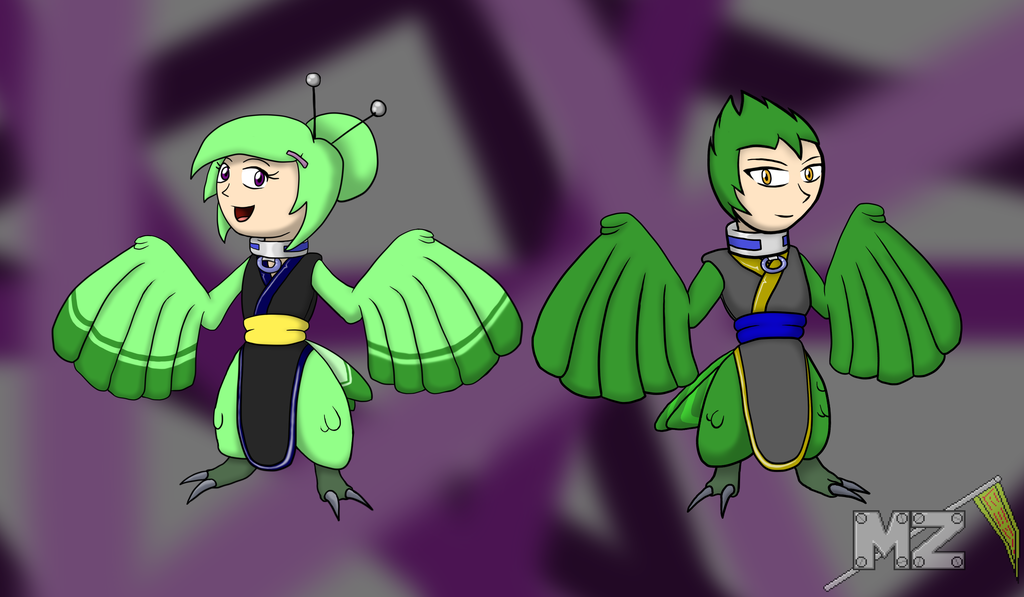 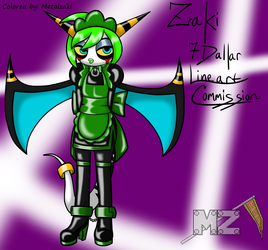 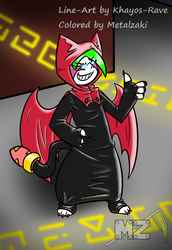 A Race I made for ChaosOverlordZ when we were talking about different races in his Lunar Empire story so I pitched him a idea of a Alien Race of Harpies and he thought it would work So after planing and making I Made The Herapens.

Info:
A newer race to the Lunar Empire the Herapens are a alien race crashed on the Lunar Empire that are similar to the mythological Harpies and are very friendly. There height can only reach 4 ft and they weigh between 120 to 150 pounds due to there bird like bones. males of the race have spikie hair and have darker green with no wing patterns well the females have a smooth and style there hair in a bun and have a line pattern on the tips of there wing feather as well as being a lighter shade of green. For cloths when they joined the empire they adopted a style of kimono like outfits. There able to fly but there not allowed to sit on any statues.

Story before first contact:
On a Dark planet Unknown planet that was lush with forest and a vast sea there lived a race of Harepens that live peacefully. How ever another Race that they refer to as Silver Furs that came to there planet to enslave for there eggs and took them off world by the transport ship. When taken to there planet Females were used as slaves, and where ment to produce eggs for them to eat. well males were force to fight each other for entertainment to the death.

Story First contact:
As one of the computer unmanned ships was transporting 50 herapens to there enslavers home world luck smiled on them as a space rock hit the ship guidence relay for letting it know what route to take making it drift off course. For a few days the Herapens were able to live on the food the ship would manual give them. but on day 12 the ship was coming in on the gravity of the Lunar Empire and crashed in a small field near the capital of the empire. the Destruction of it was bad where only 5 herapens survived 3 females and 2 males. they a woke in the hospital but under a Quarantine until they were healed and checked for any harmful bacteria.

story after Joining:
After a few years the of the survivors of the crash the Herapens joined the lunar empire and were happy with it where they were after a two months there race went from 5 to 75 so the empire established the Herapen Collar they wear today. At first they where unsure what to think about it with what they been tough but the empire assured them that its only to control there breeding rate down to 20% and assured them it will only be a trial until they find a less weird way of controlling breeding but after a month they got used to it.