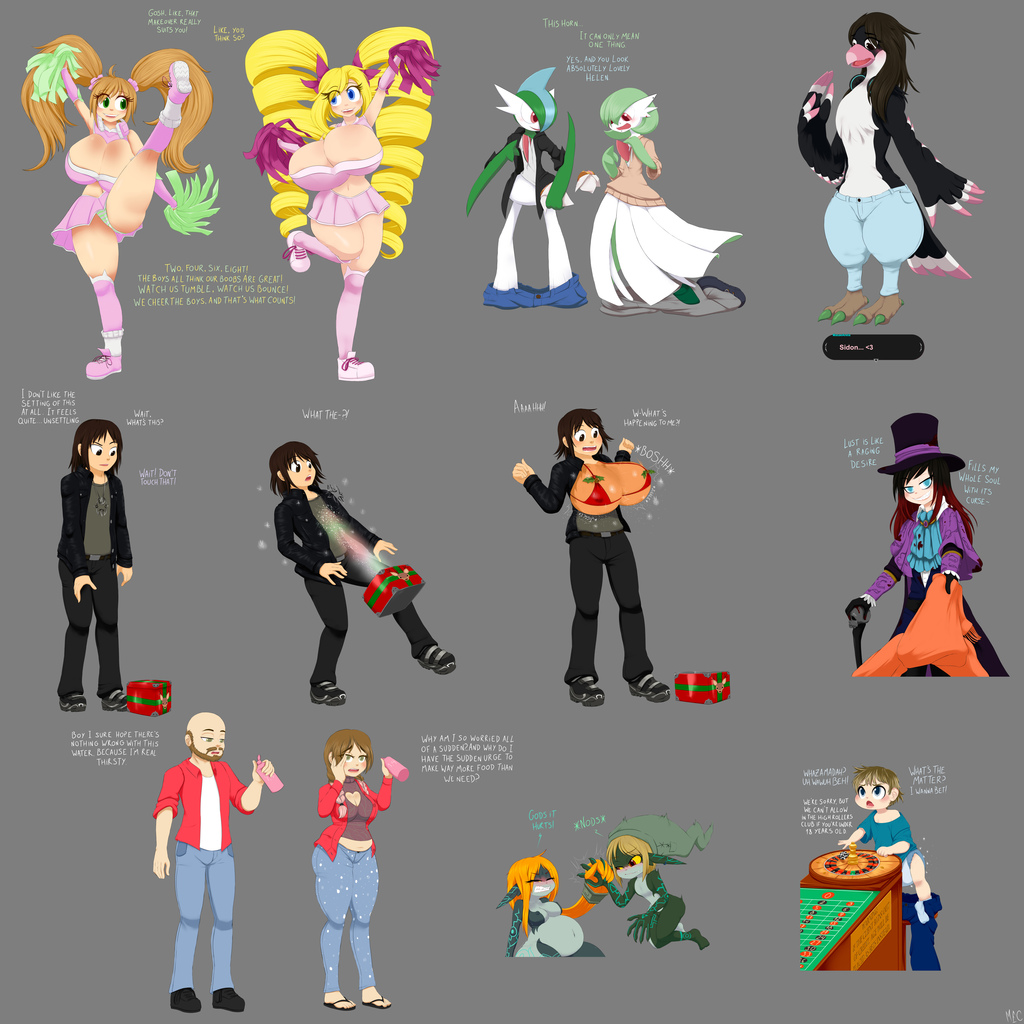 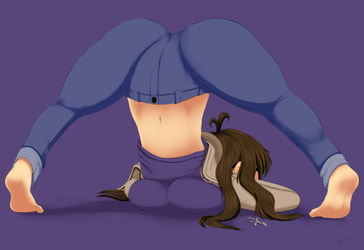 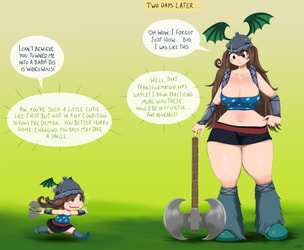 Second Canvas of the latest Stream Batch, as mentioned in the first canvas this one took quite a while to upload due to a series of circumstances, but here it is at last :>

1º DismalDetractor & Kachopper9000 got a bimbo pic of both Dismal and Caelia's Bimbo Versions, transformed by the bimbofying cards, now together cheering (and bouncing) together.
2º Nathan_B & GardeHexe quite simply got a Pokemonification pic, having tasted Pokemonifying Malasadas and turned into a Gallade and Gardevoir respectively, aren't they such a cute couple~?
3º SomariaMoon commissioned a pic of MasaeAnela, transformed into a Rito from Breath of the Wild. Fawning over shark boi Sidon. I wonder how her pet bird will react to this.
4º theheroofdarkness got three initial panels to what'll likely be a longer set going forward, he has opened a gift box which gave him... Boobs? Furry boobs no less, with a belled bikini, where is this going? 0:
5º Mad-Hatter-Ison got a POV pic of their Mr. Hyde sona, Hydeison I guess is the proper name? Holding the viewer's scarf, I wonder who it could be, she's... Spooky o3o
6º PersonaPhones tried out the Milfication AGW! I uh... I thought that bottle was supposed to be shampoo, oh god... Anyway, of course this was going to be the effect, you shouldn't worry so much, just go make all that extra food you suddenly feel compelled to do.
7º Sorry55 got another sequel to Nathan_B's Bottled Twili Particles set, in which Link got impified and Midna decided to remain as one, with both of them eventually becoming royalty and starting a family, the previous panel had Midna's water breaking, and this one has her actually giving birth, with her hand's grip being uh... A lil' bit too much for Link to handle.
8º TaTottie finished this batch with a simple Age Regression picture, having bet his age at a casino, and lost, to the point he's now to young to even be able to play and maybe manage to get his age back :v