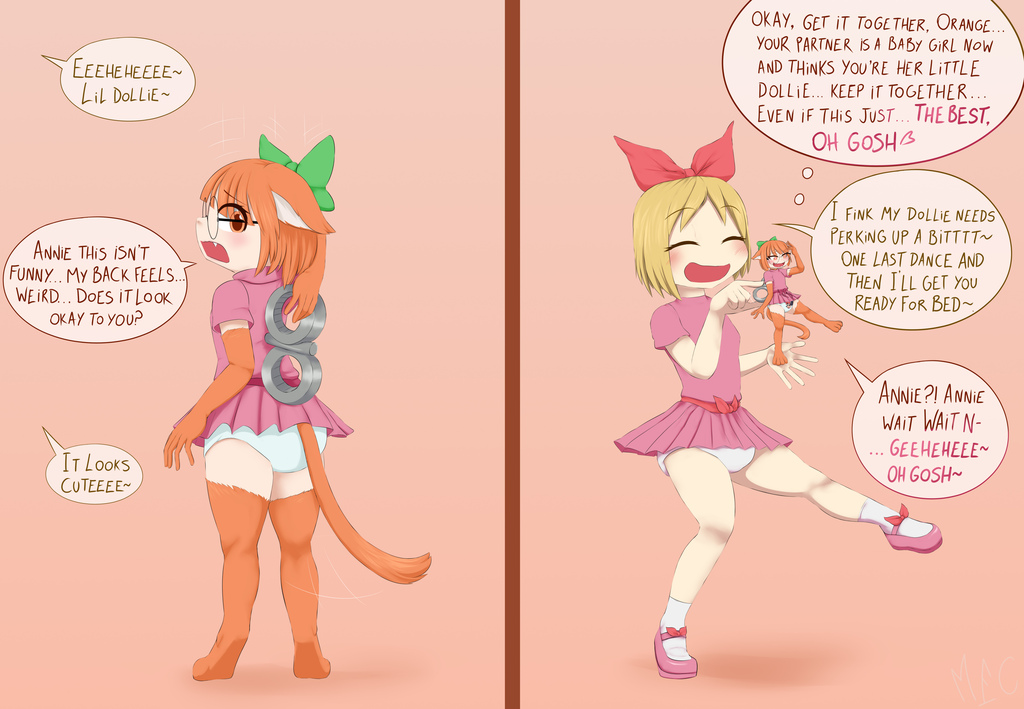 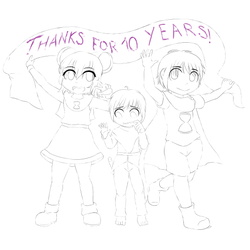 First pic of the latest Stream Batch! This one drawn as a Patreon Reward for Annakatan, a couple panels serving as a sequel to this shrinking pic they got last year, starring both Annaka and NormalDeviant's Orange, it seems like Orange has suddenly grown a Nano Shinonome type doll key on his back, which makes her dance when turned, and well... It's pretty clear he enjoys it, even if he doesn't want to admit it out loud. So I guess it’s out of place to ask “How could this get any worse?” But I’ll ask anyway, in the hopes that maybe Orange will transform even further in a way he toooooooootally hates.

Annaka has also been transformed, she wasn't a kid in the previous pic, so it seems like whatever made Orange grow a key has also regressed Annaka into a very young gal, young enough to still be diapered and playing with dolls.