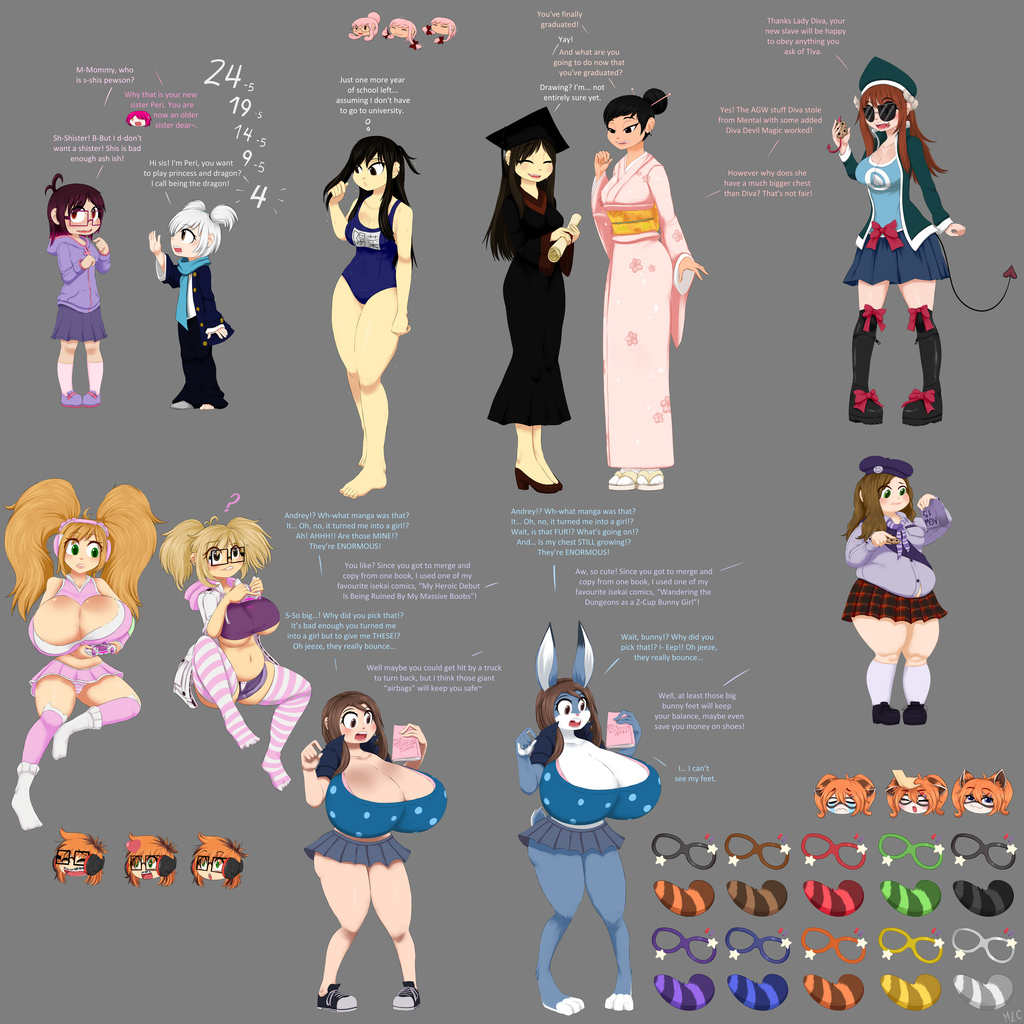 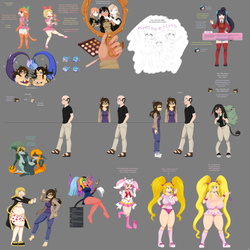 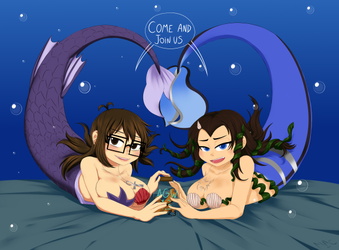 And here's the second canvas of the latest Stream Batch! The largest one to date! Counting a total of 31 characters, 1 drawn background, 1 ALT version, 3 uncoloured linearts, 10 Simple Chibi Emotes and 11 Complex Chibi Emotes.

As mentioned in the other canvas, keep in mind I have some stuff to do this weekend, and considering the amount of pictures in the batch I don't think I'll be able to upload the separated versions as quickly as usual, but we shall see :T

1º TheRoseQueenAlexis & Mad-Hatter-Ison got an AR pic serving as a sequel to this one, Alexis has seemingly now regressed Madison too, naming her Peri, but even considering she's now my younger sister in this scenario she seems to be much more confident, while I keep a lisp and are almost on the verge of tears. Why does this keep happening? ;v
2º - 1, 2 - LyhokoLeaci got a sequel too, to the Hina Hana set, where I get to relive my childhood and now adolescence as a japanese gal, last time we saw it I was getting ready for Gym Class, in these two new additions I get to finish school, with Yuuno in a Tsuke Sage congratulating me in my graduation, even though this japanese version of me is considerably taller than my real self, Yuuno towers over me, nearly two meters tall.
Leaci also commissioned a few chibis of Yuuno, which you can see above the first picture.
3º lordtombond got to try some misterious devilish, or rather Divalish cookies given to him by Diva, who has mixed in some of the formula of a certain thing I came up with last year with some of Diva's own scense, turning him, lordtombond, or Tim or now Tiva I guess, a clone of sorts to Diva, only taller and with better breasts :y
4º Both DismalDetractor's and my bimbofied version are attempting to play videogames, this being another sequel, to this pic with a certain fascinating card you can help but too turn over and find out what's the big deal :y
Of course we're having difficulties playing, but for different reasons, with Dismal's ginormous breasts getting in the way and me simply not knowing why holding the controller like that isn't giving me any results, why could that be? Videogames are so hard...
Dismal also got a few chibis of their Nerd Girl self, which you can see below the bimbo pic.
5º - 1, 2 - Malkaiwot got attacked by magical Isekai Mangas, in two versions! It seems I'm too blame? Why am I getting blamed? I'm not even visible in the pics!
Anyway, I thosed Malk a manga, which affected his appearance to resemble the one from the character in the story, only I tried it out with two versions, both with gigantic breasts, but one a human and the other an anthro rabbit. Hey, at least is not a doujin... Right?
6º Anonymous got a Girlscoutification pic, as the name indicates the commissioners would rather keep things private, and you better do, if I find out who you are I'll make you pay for eating all those cookies, you were supposed to sell them >:V
7º candy-sugargirl finished this gigantic batch with a bunch of chibis and icons, to be used on their Twitch.