Mix it Up Tomo! by MentalCrash 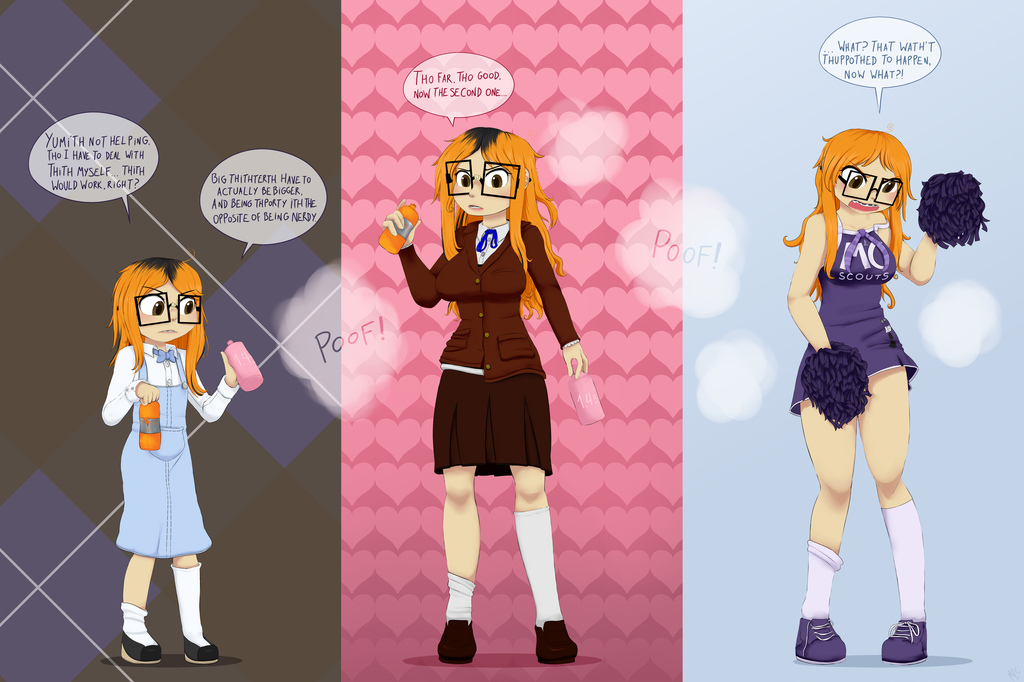 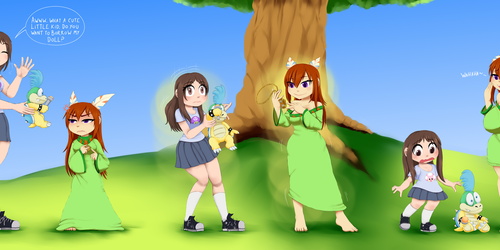 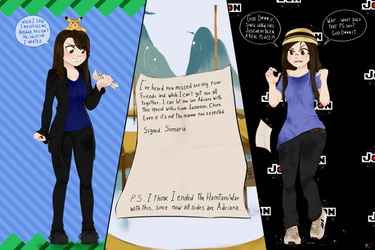 Mix it Up Tomo!

Commissioned by LyhokoLeaci, who got a new addition to the Nerdified Tomo set, which had her turn from normal Tomo to Nerdy Lil' Sister and then Girlscout. as this time she attempts to mix in AGWs in an attempt to turn back to her normal self. Mixing in both the AGW 1.45, which would turn her into a big sister, then the AGW 1.9, which would turn her into an sporty girl. The combination seems to work fine at first, but while less nerdy as a sporty girl, (or rather just a cheerleader) with her hair now dyed properly and her glasses not needing tape anymore, she's still quite the nerd. That braces, lisp, messy clothes and slightly messy hairstyle just won't leave, same with the Girlscout pins she had when she tried the AGW 1.5, meaning by now she has combined four different AGWs, with the effects of her initial transformation being partially due to the AGW 1.1, the nerdifying one.

So this is part three so far? Part 4 maybe, if you count the time Dearing got nerdified in the first place, These being the Previous Panels:

Will she ever be able to go back to normal? :3c