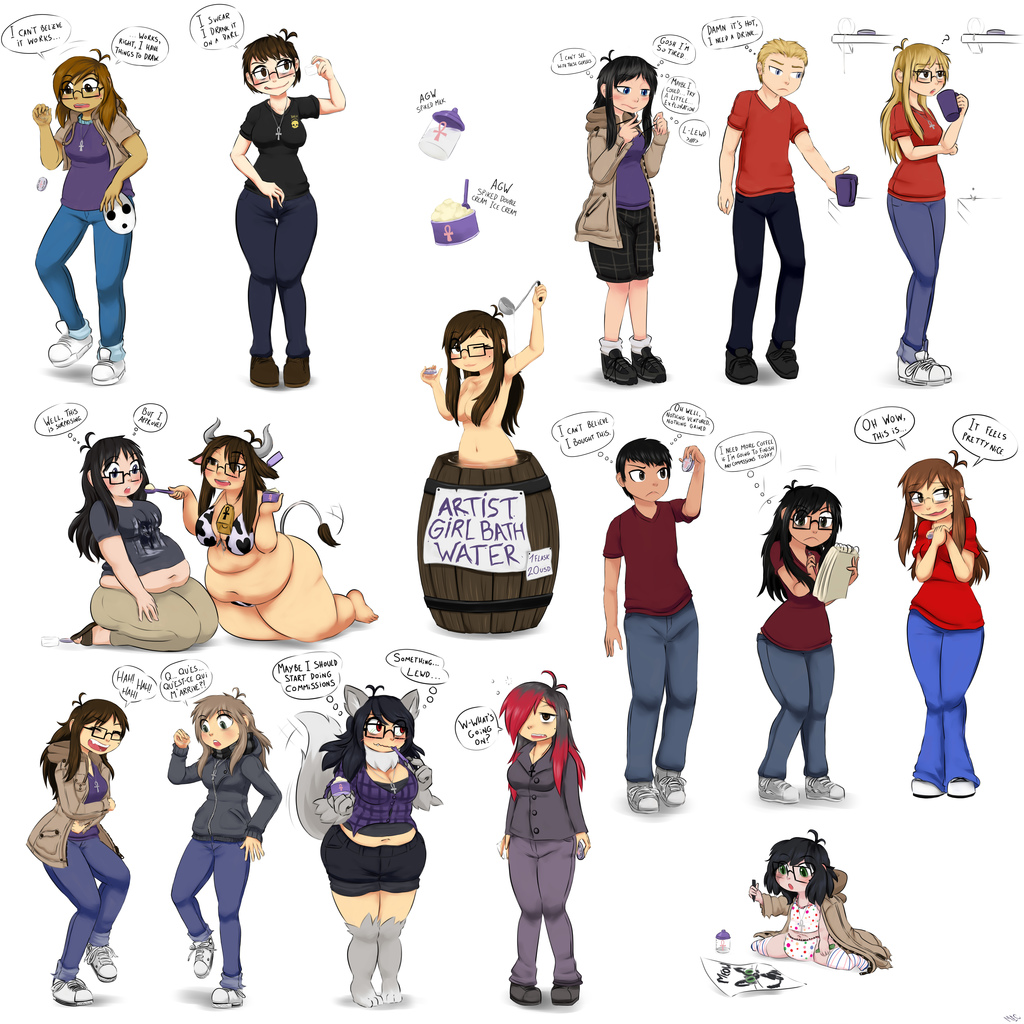 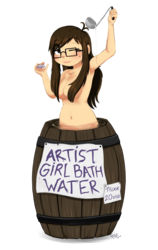 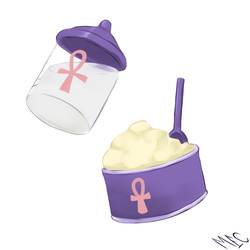 As you can see in the description here, there's quite a bunch of rules and possible variations to the thing, which does show in the finished product.

1º Alyssa-The-Artista asked for a simple combination of traits, I guess this first one helped teaching me how to place physical and mental traits properly
2º Anonymous This anonymous commissioner asked for the perversion trait, and dayum, stacking his and my perversion is bound to create some horny results, and this is just the first example of it.
3º Geistis also asked for the perversion filled pic, this fusion looks shy but is certainly thinking about the lewd >3
4º Deerhaunter asked for a before/after type of pic, funny, seeing my haircut style but with a different colour and a red shirt when I basically always wear purple makes this look like Original the MentalCrash donut steel.
5º infuscomus asked for my HuCow self to make a cameo! And he got the WGing Ice Cream! Dawww, doesn't she looks just cute? Kneeling like that, her fat resting on her thighs, I'm not sure if she'll get HuCowified though, but it's quite probable.

-There I'am taking a barrel bath in the middle of the pic :T

6º TheUrbanLegend52 looks like brown Tomoko when transformed, lol... Wait, does that mean I look like Tomoko all the time? O: If you wanna blame someone for this whole event happen I guess it would be him. The idea just snowballed from there.
7º Agent-Eckswhy Another commissioner got the perverted trait, and he looks kinda nervous about the fact he's enjoying this too much... Wait, does that mean my body feels nice?
8º comvFR asked for my regular to show up, just to laugh at him as he transformed into me :y
9º GreenCanaryBird Asked for a fusion with his character Vanessa, again with the perverted trait, AND the Weight Gaining Ice Cream, which can be easily noticed on that round, soft belly :y
10º Knight232 Asked for a fusion with his character Knight, poor guy seems to have gotten my sleeping schedule trait, and he's tired as hell, must be daytime :y
11º James-Mizuhara Asked for the feeding bottle extra, the ARing feeding bottle extra :y and it shows, his character's Tanaka's scar may not have disappeared, not at first at least. Poor thingie, but eh, she looks happy, or at the very least fascinated.

So this thing ended up going a hell of a lot better than I fhought at first, would you be interested on purchasing one of these flasks on future streams?

P.S.: I still feel this is horrifyingly narcissistic.

EDIT: Try out the new AGW 1.1 now with Nerdification effects instead of Twinning.