A lumberjack, an assassin, and an oni walk into a bar... by Meg James 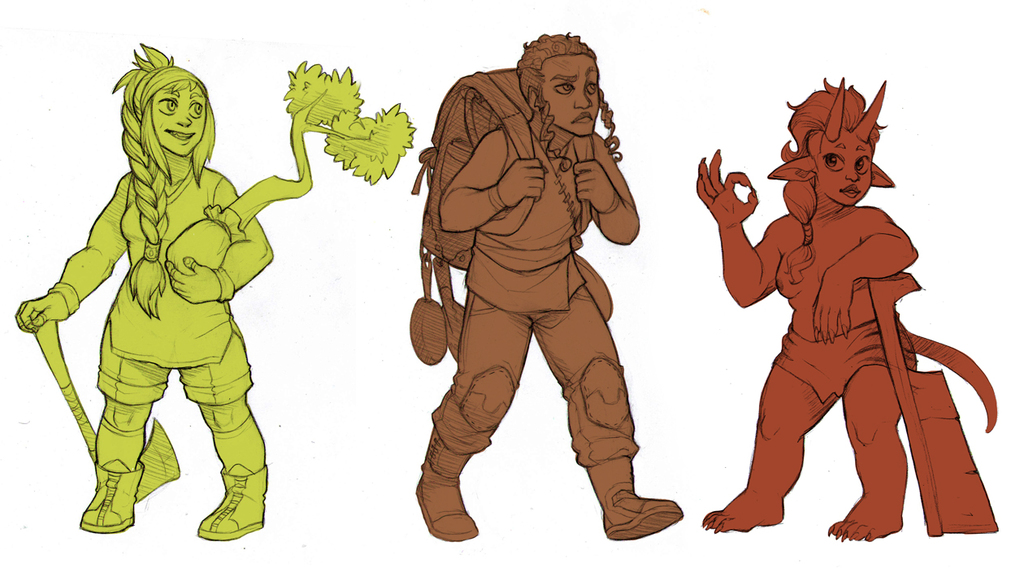 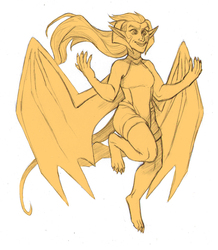 A lumberjack, an assassin, and an oni walk into a bar...

and while that's happening, I post a bunch of sketches.

The lumberjack is, uh, Avaline. Evelyn? Evel... Av... I need her name to be some variation of Aveline but ??? The first rendition of her name was Avaleen, so we call her Leen. (idk if I like the spelling, it was in a game and I had to spell it weird to get it...) She turned out a little cartoonier than the others, oh well.

The assassin is named Harlow. They spent their whole life training as an assassin, but absolutely botched their first job, failing to take into account that they would be killing people, with lives and families and everything. Harlow had too much of a heart to be a killer and is now working as a freelance thief (putting those stealth skills to good use). I think Harlow is genderfluid.

The oni is an adventurer who doesn't really have a name or much of a background, but I wanted to draw an oni. She's a bit of a scrapper, she likes fighting a lot. It might be cool if she was a butcher or something. I'm open to name suggestions!

(I'm open for commissions! Prices are due to change December 15, but until then you can get them at their current lower price!) (Ones like these are currently a flat $10 per character!)