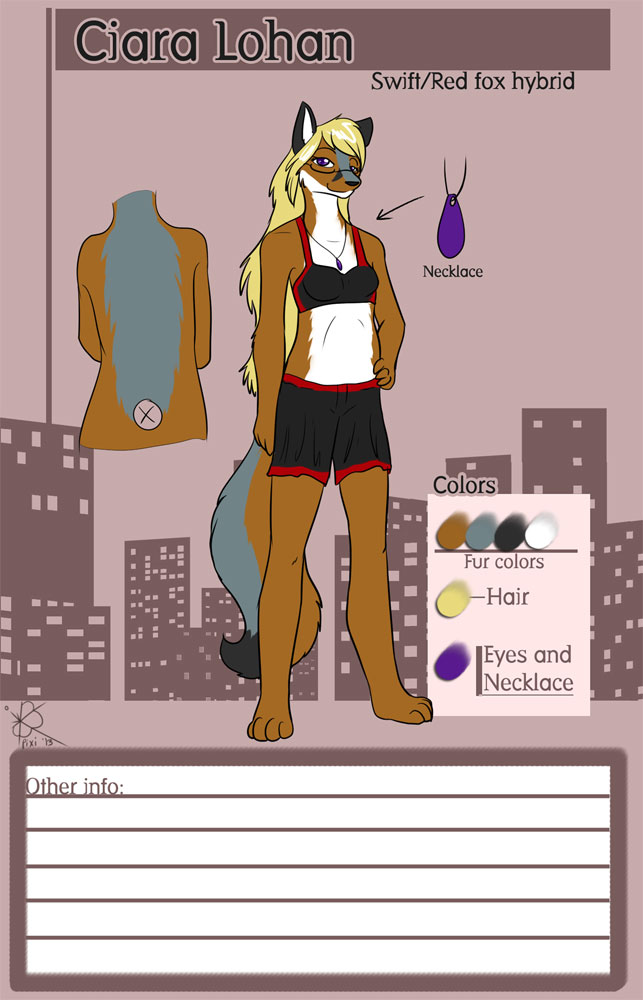 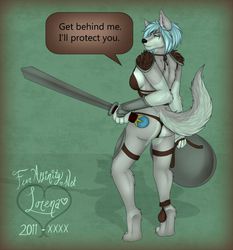 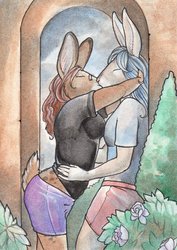 Home: City-state of Oseille (The City of Rabbits)

Clothing: Given the choice, Ciara prefers to wear nothing at all. Her fur keeps her comfortably warm, and she has absolutely no shame about her body. When she must wear clothes, though, she normally wears comfortable, masculine styles, and she favors the red tunic and black trousers worn by the soldiers of the city where she was born. She dislikes dresses and skirts, but will wear them if her wife insists.

Diet: Because she lives among rabbits, Ciara has given up eating meat. She has found that she doesn't miss it, though.

Dislikes: Being called Princess. Cold weather. Dresses. Being hit on by males.

Ciara is a slender, slightly built vixen with very little excess body fat, which includes her breasts. She is built for sprinting, like all swift foxes, but due to her red fox parentage she is slightly slower than pure swift foxes and has slightly higher endurance.

She is a cheerful, friendly girl, who is always willing to lend a hand to those in need. Eighteen years of living among rabbits has made her rather quiet and soft spoken, though she has a taste for mischief and enjoys pulling pranks on her friends. Ciara is the bastard child of the former king of the City of Foxes and his top General, so while she is not legally of royal birth she has been accepted as a princess by pretty much everyone on her home island of Viridis. Much to her annoyance. She prefers to live quietly with her wife and pretend she is just an ordinary person.

Ciara Maeve Lohan belongs to me.