Coupla a yokels gonna make a kingdom by MeatMage 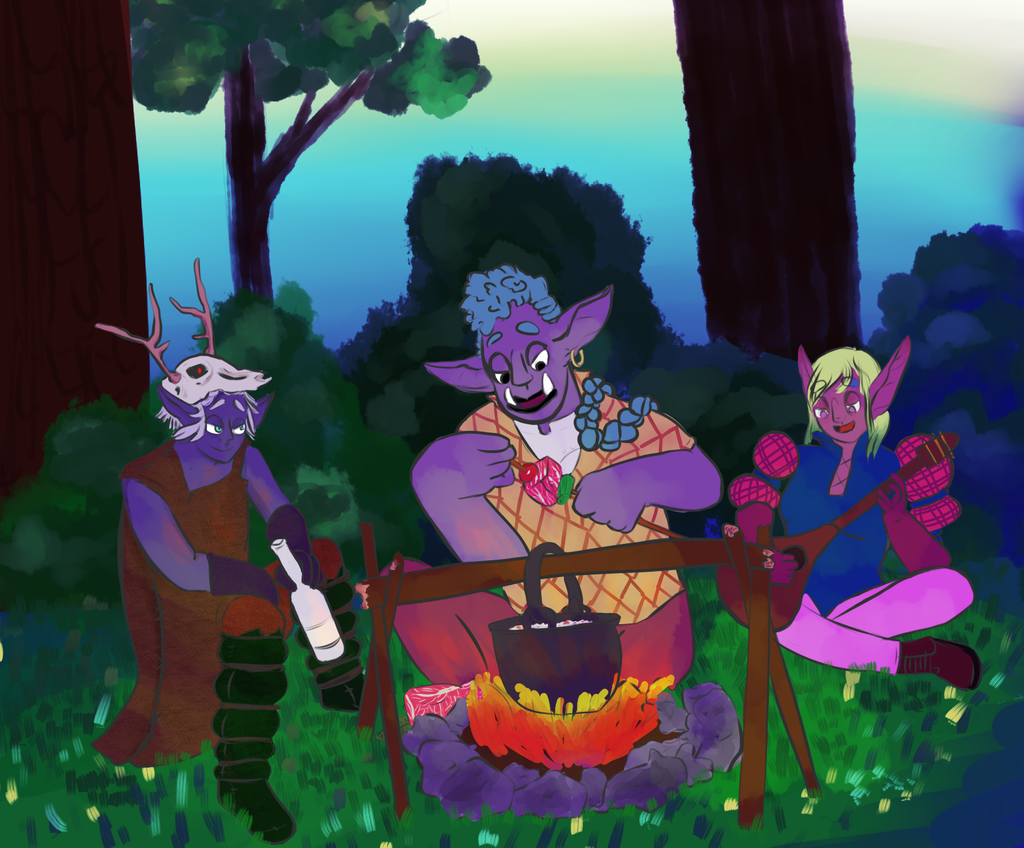 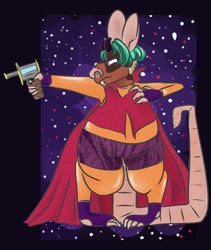 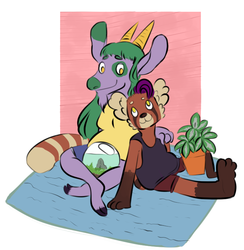 A small party of three, a half drow druid, a half orc paladin and an elven bard, set up camp for the night. The elf sings an old tune while everyone gets fed, all trying to relax while they quietly dread the idea of the nearby trolls finding their camp ..

my party from our pathfinders game where we've been following the kingsmaker adventure. Vlob the horc ended up becoming king somehow, naming the country Ken2ky, with the capital being Crab. the other two helped of course, the councilor and true ruler Osvillion the elf, and our estimated monster hunter Eimhir the hdrow.