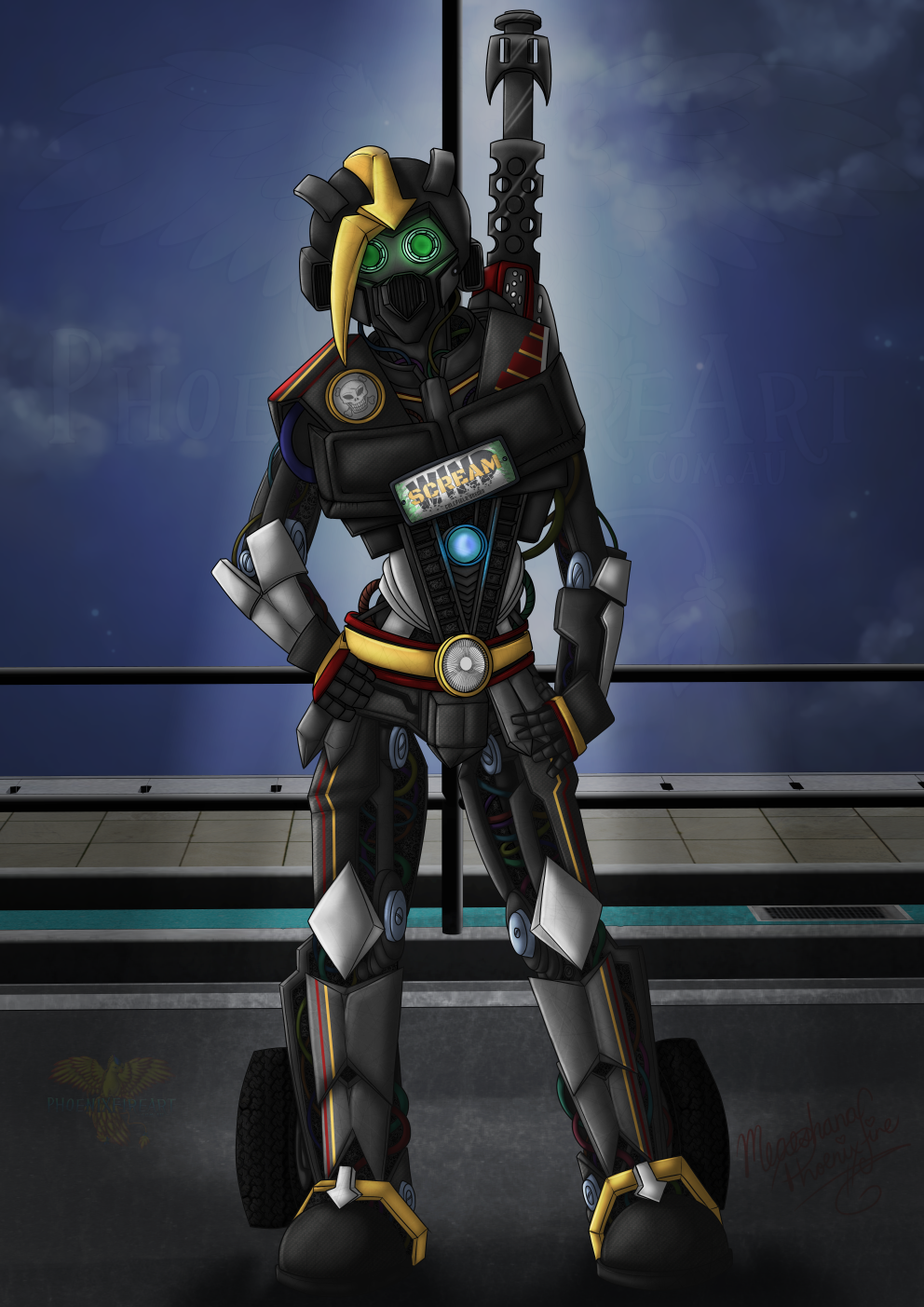 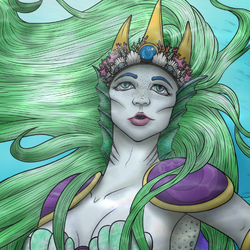 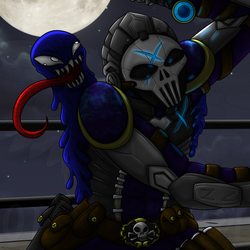 "Windscream, was one of the latest generation models of Repair worker, but like every other member of her species, she has a thirst for speed and glory, this innate hunger for excitement caused her to reformat once from her original form into one based upon a car concept found within archives obtained from the first colonists of the Earth-Cybertron alliance, though this reformatting omitted any notable feminine alterations in favor of speed and performance, ending up in the androgyne body type that male velocitronians are created with despite her spark being a female encoded spark, much like the leader of her kind, Nitro Convoy, who later chose to be known as Override, the female Prime. However, thanks to coming in contact with the Autobot Matrix of Leadership to heal her after she had split her spark to create a sister in Cassie, she was able to reformat to a more combat-ready body, slightly slower than before, but much tougher, and, much more feminine as she had requested."

First full Transformer that I've not only drawn but designed from scratch right through to full color - Windy's spark-sister Cassie the Impala is one of my RP characters, and I'm still just working on her own color version though she's been fully designed. Windy's new look has been based on Cas' look, but with her player's own unique twists and colorings. They're literally a matched set of siblings - different but clearly of the same lineage. I'm super proud of how she's turned out! I never thought this would be something I'd be able to accomplish, but look at me go now! Woo.

Open for a couple of Wing-It's (Half Price: $60) or sketches now via Ko-Fi
See more of my art DeviantArt | FurAffinity | InkBunny| SoFurry| Weasyl
Follow me on Facebook| Join The Nest | Stalk Twitter (Art) or Twitter (Personal)| Support me onPatreon