For my plan of action for this week, since this is my first Thursday prompt, I set my timer for 15 minutes and just allowed myself to write. I started out writing one story and then,a quarter way through, I decided that another story needed to be told. I don't know why this thought came back to me after all these years.

This is partially based on a true story of some hurtful words that were told to me when I was in high school and why I didn't eat lunch in the cafeteria most of my junior and senior years. ~ M.D. Doyle

Cheetahs were supposed to be sleek and thin, not overweight like she was. She was an emotional eater. She didn't drink, she didn't do drugs, she didn't do crash diets, she wasn't like most high school students. She just ate when she felt sad. It was a problem that she suffered with her entire life. No diet and no eating plan helped her, the medication that they tried to give her just made her feel sick to her stomach and the stress just made her eat even more, even on the days that she swears to herself that not a single bite of food would pass her muzzle.

The last day she ate in the dining hall, she put her books and jacket on the other chair, to make it look like all the food she had there belonged to someone else.

One day the leader told her why.

"It's because we feel skinny sitting next to you. We're so disgusted when we watch you eat that it keeps us from stuffing our fat piggy face just like you do."

She just sat there quietly as they snorted at her. She couldn't argue with them. They all had dates to the prom. They all had boyfriends. They were the popular ones while she hid away with her books and dreams of becoming a doctor.

She ate double that day and triple that night.

She no longer eats in the cafeteria. She ignores the gazelles when they pass by her in the hall, asking her where she goes now, feigning concern now that their entertainment has disappeared from them.

She now slips into the bathroom when lunch period begins.

Or she slips into the nurse's office to lie down, complaining of headaches or a cramps and snacks on the packets of crackers that they give her now and then.

She sits and hides away from the world, though the idea of milkshakes, french fries, and pizza keeps taunting her. Her drug of choice keeps begging her to come back.

One more bag of chips won't hurt. One more burrito won't kill you.

But really, where she is now?

Who would ever hug a piggy? 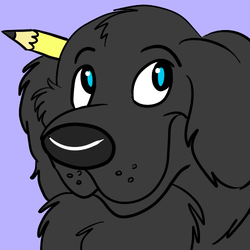