[COM] Spring of Drowned Lion (by Spazzy Koneko) by MaxCoyote 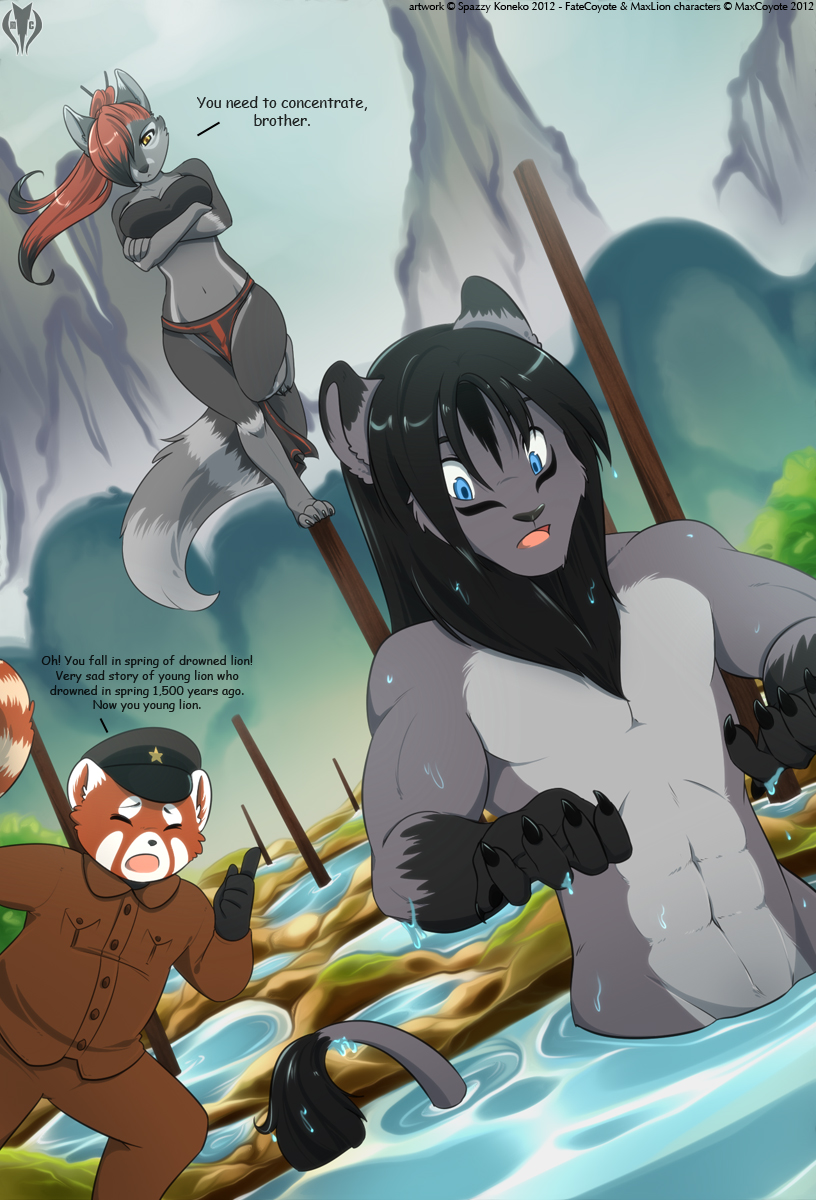 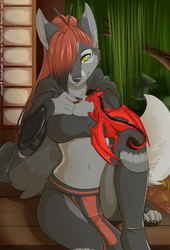 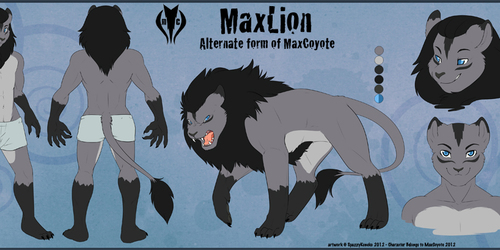 This is a long coming project of mine to kinda change things up in my furry universe. The background story aspect of my characters.

This is the first ever picture of my main fursona's new form: MaxLion. Not a new character, new form. Same person, same character, he's just a lion now. ;)

I've wanted a lion character for a long time, but I hate being one of those people who hav a billion characters. So, after I made Fate and Mita, I kinda didn't wanna make any more (Silverwing is my ponysona, doesn't count). However, I was inspired by a few others who were "shapeshifters". Same fur patteren, same everything, except a different species.

I was intrested in the idea and I went for it. I waited for Spazzy to do MaxLion since this new form I wanted done right. This is MaxLions intro picture. Basicly, I am shoving my characters into a Ranma type plot line. It's part of this side universe backstory i"m gonna have. Kinda a mix of Ranma and Tenchi Muyo. Max now turns into a lion when wet, and everyone lives together in some large house by the lake which no one seems to have a job to help pay for. My characters all have a very dark past, and I thought it'd be fun to have a side universe like an anime which everyone is happy and having fun.

So, this is the whole MaxLion formula. Lil water, and lion it is. :) You can't see it till the ref is done, but MaxLion is taller then MaxCoyote. Also, he's a traditional were-lion in this form. He still transform to BeastMax, but only in the light of a full moon, and simply into a feral lion this time, not a large bulky anthro monster. You'll see in the ref.

I'm really excited about MaxLion. Eventually he will be my first full fursuit. But not for many years. :(

Thank you Spazzy for being super awesome as you always are. So happy when you draw for me. Always a super treat. :)