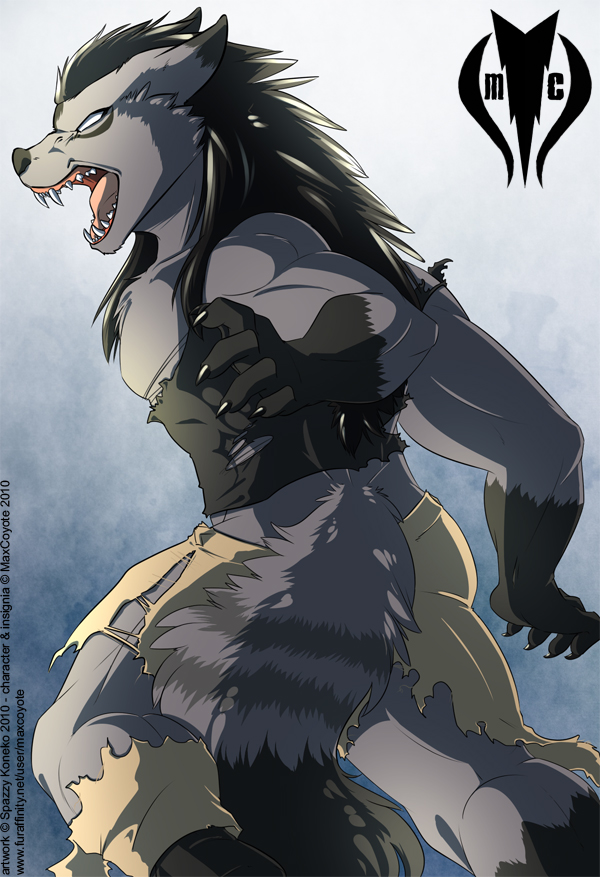 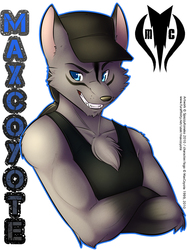 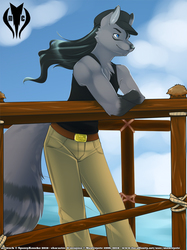 I am a frequent customer now with spazzykoneko. :3

This is my fifth drawing I've hired her to do, and she only gets better at it.

Since I hired her last, I expanded my MaxC character to include a "beast" or werecoyote form. I wanted to see Spazzy's take on that form, even thought she's still not quite into drawing guys. heh ;) Spazzy is not used to drawing such a large manly frame, so I decided to have her do a TF picture, of him part way transformed. She also did a nude drawing with no ripped clothing, but I like this one better. It gives a better feeling of size, something the other fullwere drawings lacked.

I'll be linking to the nude version once Spazzy posts it on her account.

As always, she exceeded expectations! I love it!