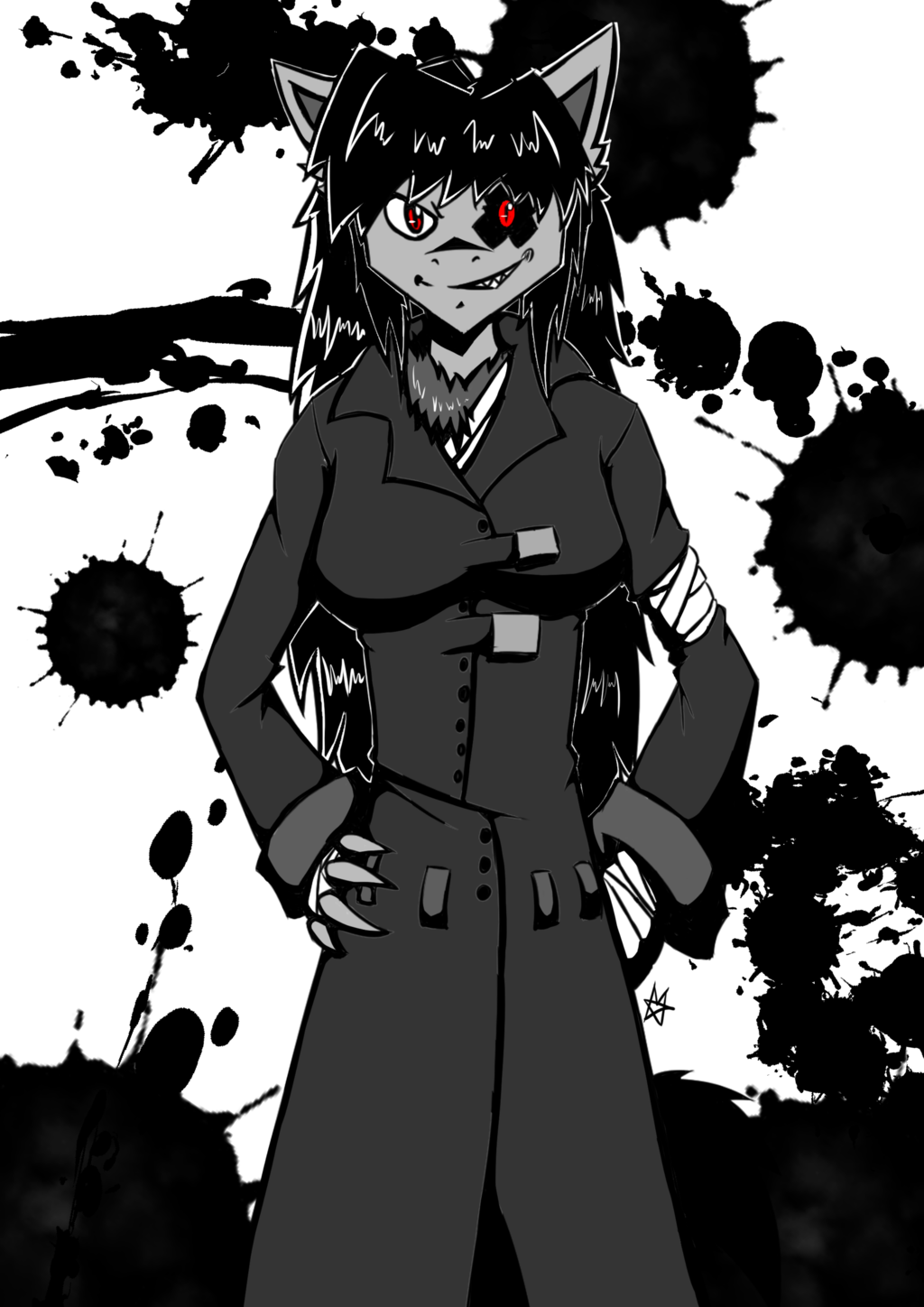 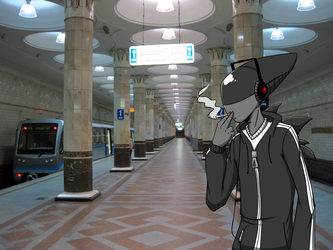 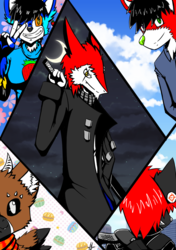 Personality: so called wolf with PHD- mix of animal ferrality and genus level of inteligence. She is also insane but she tries to act normal when she is with her friends. Usualluy when she caches a prey she will first torture it to eat it's emotion energy (like a changeling). After that she will eat flesh of her prey. She also likes to cause nightmares and weirid dreams to gain emotion energy without physically interacting with her victims.
Also she hunt and obducts neo-nazis for her "view and ideology change" experiments which usualy involves showing them how bad their ideologi is (she usualy changes them into cratures they hate) or using her science skills to make them change (for egzample: thearpy simillar to "curing" gay people in the past).

Abillities:Boosted zoroark abillities, turning into a shaow form, madness aura (she can emit aura that will drive everyone insane. It can even cause a physical manifestations- black liquid dripping form the walls and celling with eyes poping out randomly), aura strings. She also can grant "her gift" to people of her choice (just like Outsider from Dishonored). Her "gift" can change humans into half demons known as The Pack.

History: she is daughter of Adam and Magdalena Skyeden born in Poland 4000 years ago.
Her parents were killed by humans. After that she was adopted by Discord- a equestrian demon who at that time was in one sided love towards princess Celestia. At this time Alice befriended Luna- Celestia's sister. After Celestia turned her step father into stone (he attacked Canterlot after Celestia's hatered towards him and monsters lead him into madness) she tried to avenge him. It ended up in Alice also beeing inprisoned and turned into stone figure. In 2015 she escaped her prison.

Facts: she's got a biology PHD and surgeon studies. She is also The Administrator (boss) of Creative Science.

Alice Skyeden is my first OC with full backstory i made.