Hai!
Well, at least i tried to strart it properly. I rescently joined this site. I found it after Pocari-roo video about internet sites for artist.

I assembled my fictional world from informations, speculations and facts from many movies, books and internert sites. In this world anthropomorphic creatures, mechs, space travel, magic and dimentional travel is posible.
For inspiration i also used many arts i saw on the internet, i realy want to thank all of those people for making those pieces of art. For egsapmle i was inspired by Jakub Rozalki's art for adding dieselpunk period in history of my world (mainly WWI, WWII and some part of Cold War). I also included Long Earth, concept from Stephen Baxters book by the same name.
Not all of fictional world are real in my universe f.eg LOTR and Star Wars are just fiction, the Alien universe has the films and comocs like in our world but events from the movies happened in the real world of my universe- it was just a coincidence that Scots movies wrere so true to the rality. I've made some changes to the irl story of Elen and xenomorphs- alien from LV-426 was just a bioweapon, separated, udeveloped creature, but the whole free race of xenomorphs was more advanced- they have their own empier, culture and stories and burster ohase doesn't kill the host. Weyland Yutani discovered them later and their experiments lead to the xeno-human war ended in ban on this corporation and peace agreament between species. This is just one of many stories i have in my mind and there are more.
Sadly i can't fit them here and my english isn't ptobably advanced enough to write it all.

Now something that should be usefull for people who wants to know about software i use for drawing.
I use Clip Paint Studio and Medibang. I also used to use Photoshop- curently i don't have it instaled

I hope i don't sound unprofesional. 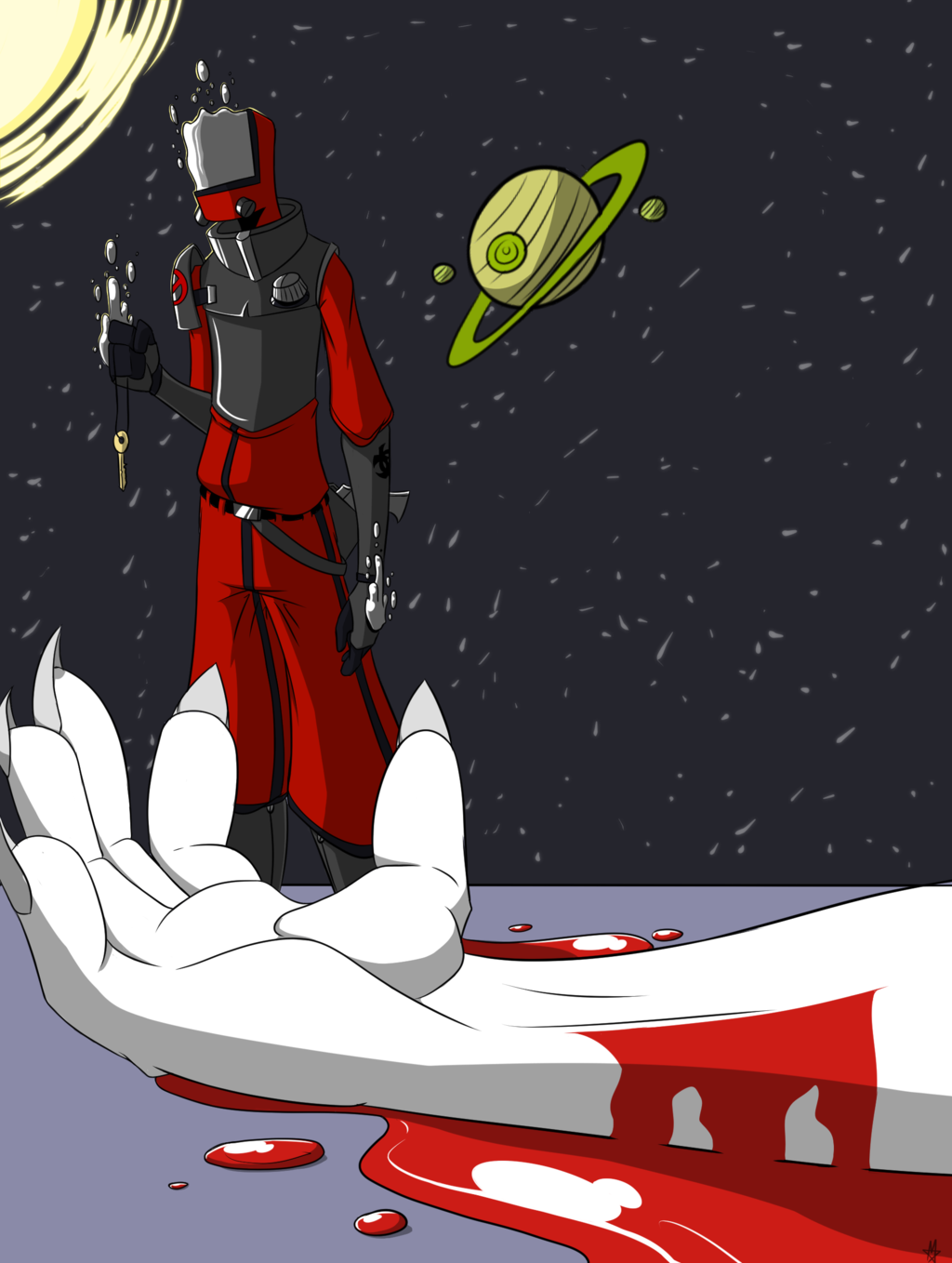