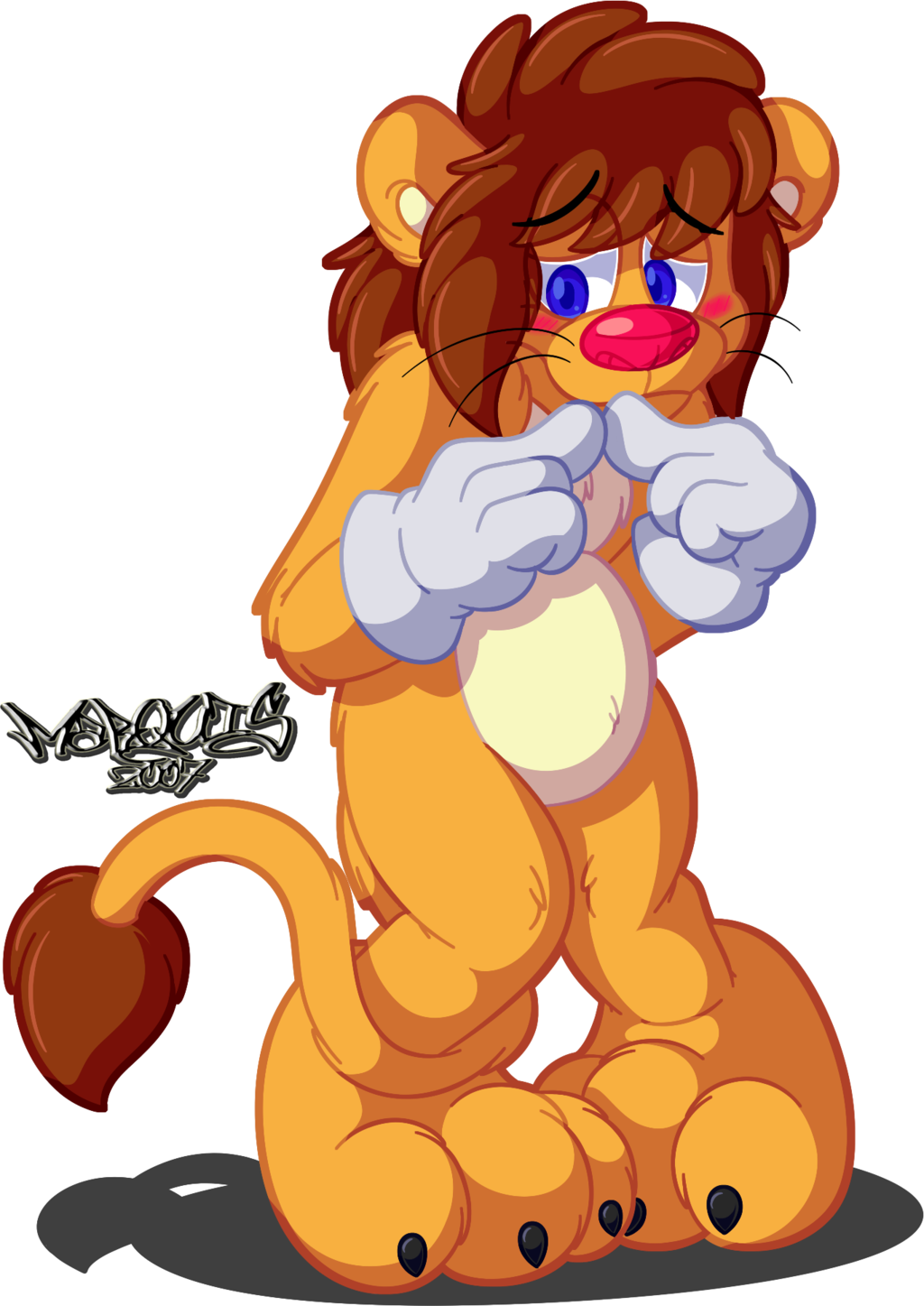 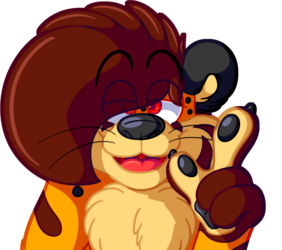 He was once a character that was created by

some years ago but I decided to ask if he was going to get some sort of update or something but he decided to give him to me instead. Kinda out of the blue cause I really wasn't expecting that hehe X3

I'm told that his original name was Leroy (not sure or I dont remember hearing his name when first seeing him myself) and he had abit of a built body (according to the style he was drawn as during the time). I decided to kinda change that around and give him abit of a pudge to the belly for added cuteness. I also kinda flipped the role of a strong confident lion to a bashful one instead.

The pose I chose here was an excuse to draw the bashful looking paws...

Examples: AMS - The Only Color That Matters Is Green & Kiss the Devil (idk why but the paw pose is too adorable <3 <3 <3)

and another friend says that it could play into his personality. I wasnt planning on it but honestly I think it would be nice to do so =3