Sandy: The Mudbath by marmelmm 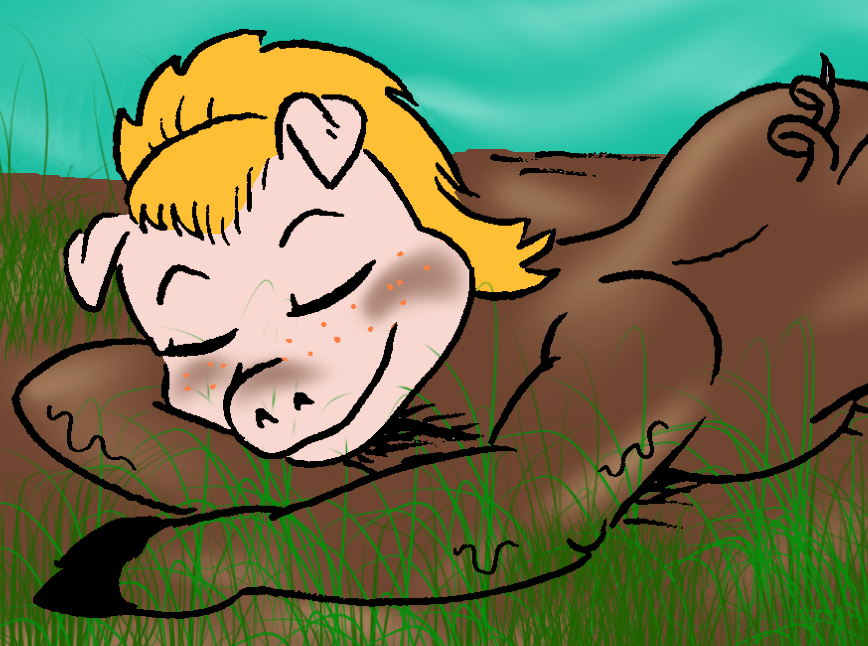 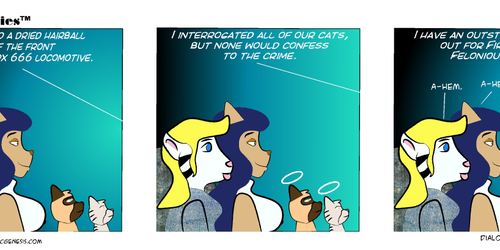 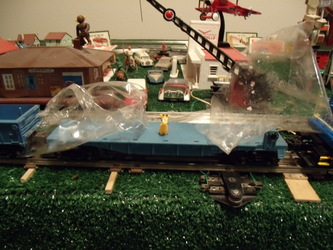 I was reading this interesting tome when Sandy tapped me on the shoulder, informed me that she did some barnstorming of her own as a youngster, and the following tale emerged:

As a child, Sandy Swanson never played in the mud.

The Swansons were a respectable family, and playing in the mud simply wasn't done. “After all,” her mother said,"We don't want to have the neighbors think we are pigs, do we?”

A young Sandy tried to point out that the family, after all, were peccaries, but this did not go over well.

Inspired by the Ozark aviatrix Louise Thaden, Sandy was determined to fly. Her family grudgingly allowed her to take lessons, and so, at age 16, Sandy Swanson successfully soloed.

One hot July afternoon, Sandy decided to take a hop to cool off in the air over the Ozarks. Since it was a scorching day, she decided to wear nothing whatsoever under her heavy flying suit. This promised to be a fateful decision.

The Curtiss Jenny that the flying school owned was a Great War veteran of long service, but Sandy still loved going up in it, enjoying the cool breeze, clear air and wonderful view… until the engine started gasping over the flooded remains of the former Monte Neigh resort, now Beaver Lake.

Unable to restart the engine, Sandy brought the plane down for as smooth a splashdown as possible near the shore, and started making for dry land.

Unfortunately for Our Heroine, the mud was a) rather deep and b) extremely sticky. Sandy soon found herself hopelessly mired. Thinking fast, she determined that the mud was sticking to the heavy cloth of her flying suit, and she was simply going to have to take it off and do without.

And so it came to pass that young Sandy Swanson found herself wading through neck-deep mud in the nude, dragging her flying suit behind her.

Oddly enough, Sandy rather enjoyed the experience. Was it some primal instinct? No matter. The mud felt good on her naked skin.

Eventually, Sandy made her way to shore, Exhausted from her exertions, she rolled her flight suit into a ball, and, still mud coated, lay down on the sunny shore for a nap.

An hour or so later, Sandy awoke to find a) the mud had dried on her, and b) she had an audience of appreciative rescuers. With an embarrassed squeal, she trotted down a short distance to a mud-free section of the lake, jumped in, rinsed herself and her flight suit off and emerged, modest yet damp, to enthusiastic applause.

The Curtiss Jenny never flew again, but Sandy did keep up her flying, eventually becoming an officer in the local Civil Air Patrol when she wasn’t a conductor for the Razorback Trection Company.

And, in good weather, Sandy would return to the muddy parts of Beaver Lake for the occasional nude mud baths.

After all, it HAD proven great for her complexion!