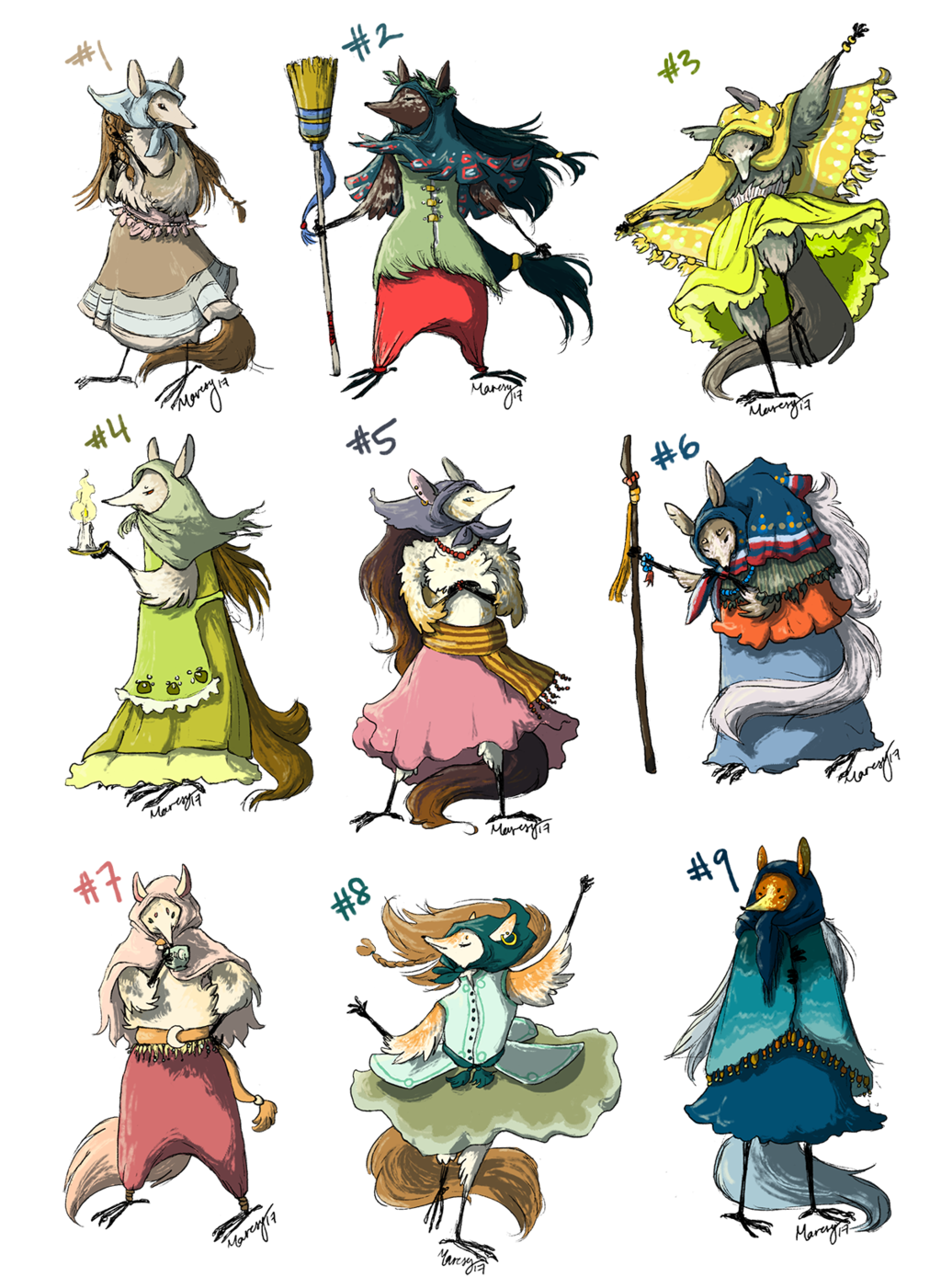 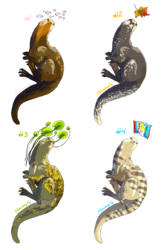 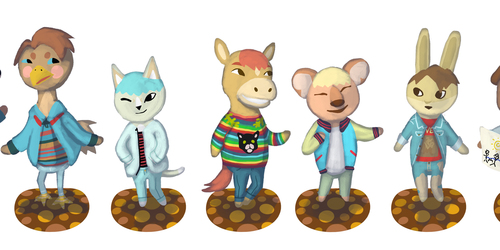 You know how sometimes you make a bunch of roadblocks between you and what you want to do? I've had these little critters in mind for years, but kept telling myself I couldn't make an adopt batch before making a reference sheet. The other week I decided that was dumb and I'd just draw a bunch for fun and see what happened. Turns out I've had more fun drawing these than I've had doing most other creative stuff for a while. Species info is at the bottom.

These are $25 each.
Please comment below to claim! You'll get the individual file once payment is received.

TOS are at Humble-Demons-Nest on dA

Here's some species info:
They are house spirits based loosely on the Slavic demon Kikimora.
They each take care of a specific room in a house. They take on colors from objects in that room. Their personality depends on the emotional atmosphere of the room. They will be calm and friendly in a room where people care for each other and communicate well; they'll be tense and angry in a room where people are unkind to each other, and so on. A kuramora may be shy in a room that's usually inhabited by only one person; they may be more gregarious if the room is inhabited by a group of people.
Kuramora manifest when rooms are lived in enough to gain a sense of "home."
They are helpful to humans who treat their space well, but will get in the way and cause trouble for humans who are neglectful of the space they live in.
They can tools and objects in a house to keep them well-maintained or to make them more onerous. They only possess objects concerned with the home's interior - not so much the structure.
They're always busy - when they're not tending to their room, they are often spinning, embroidering, or weaving.
They're somewhat social, as a house with one kuramora is likely to have others. A happily inhabited house with multiple kuramoras will mean that their general attitude towards messy or careless people will be more exasperated and less vengeful; a less spirited house with one kuramora but a tidy human makes for a businesslike but lonely kuramora; an apartment building will have a community of kuramoras, etc. The worst type of home a kuramora can be in is an isolated one, with a poorly-nested and messy human.
Like other house spirits, they only leave their houses when the houses are destroyed. If the room they live in changes in appearance or spirit, the kuramora will change as well.
They are genderless.
They all favor shawls, scarves, cowls, bandannas, and other loose garments that cover their head and shoulders. All of them wear their hair down.
They can also take residence in public or even outdoor spaces that have a cohesive spirit formed by human presence, so a cafe or park may have a resident kuramora.