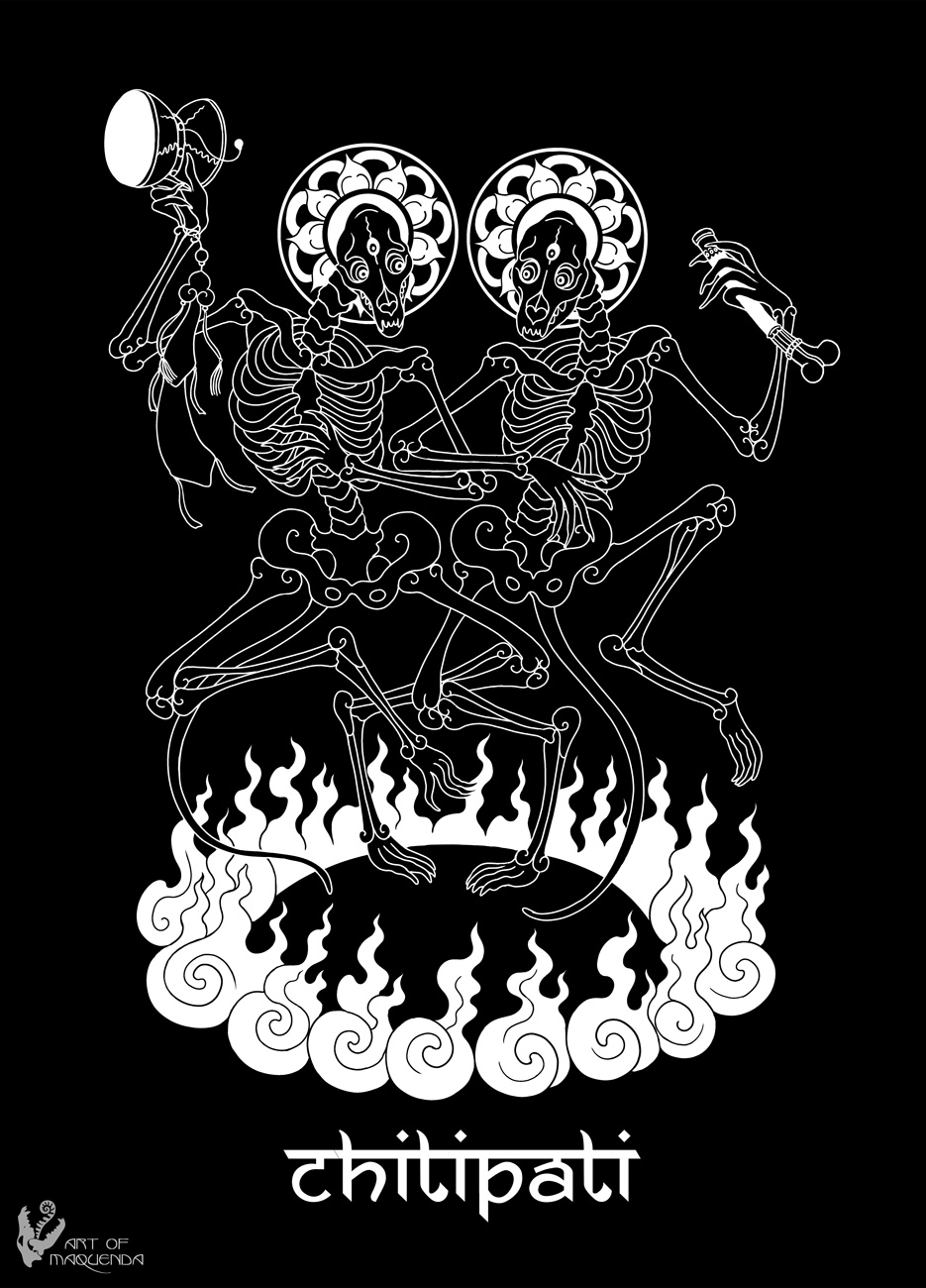 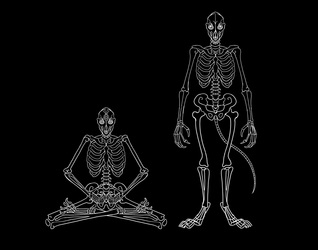 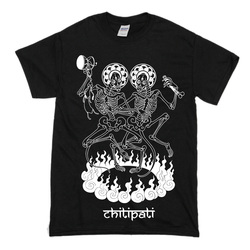 The Skeleton dance is a sacred Tibetan ritual found in Himalayan Buddhist lineages. The skeletons depicted are Chitipati, a pair of lovers known as the Lord and Lady of the charnel ground whose dance represents the eternal dance of death, as well as the attainment of perfect consciousness. They are worldly guardians, depicted as skeletons, each with a third eye of wisdom, holding scepters made of human heads and spines in one hand and a blood-filled kapala, sometimes with a still warm brain inside, in the other hand.

The often performed dances reflect the Tibetan Buddhist teachings of the impermanence of all aspects of life, and trace their history back to the mystical and shamanistic pre-Buddhist Bon religion. Skeletons represent the disintegration of phenomena, including the body itself, as well as various states of mind. The dance celebrates the liberation that comes from acceptance of our impermanence.

Will get shirts of this soon, possibly preorders? :)