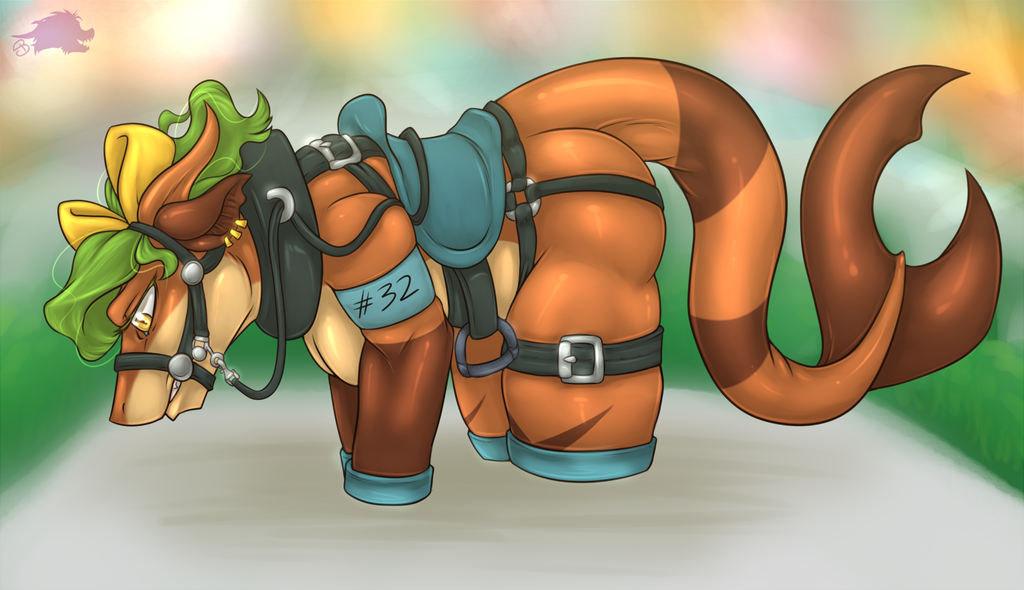 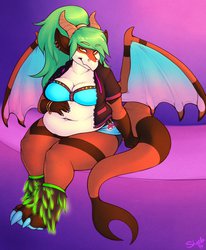 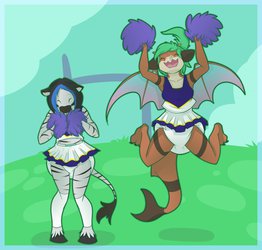 After getting such a big taste of pony play all at once, Manji wanted more...and more...and more...until eventually she began to know only the life of a pony. After having been in pony gear for so long, she felt the need to take things a step further in an attempt to push herself to do better after a failed performance. A different tactic was one that Manji herself suggested, though her trainer reluctantly agreed. The dragon-pony was fitted with some specialized Dimensional rings, courtesy of one Endium, that transported portions of her arms and legs into separate, individual pocket dimensions. Once the rings were locked on and Manji was forced onto all fours, she the collar was removed and she was fitted with a yoke and saddle. Her punishment, her motivation to do better and become a better show pony, was to be trained as an actual pony from then on.

This commission turned out way better than I had ever imagined! A big thank you to Deezmo for putting up with this awkward idea! These pony play pictures were super fun, and I LOVE how they turned out! Thank you so much!