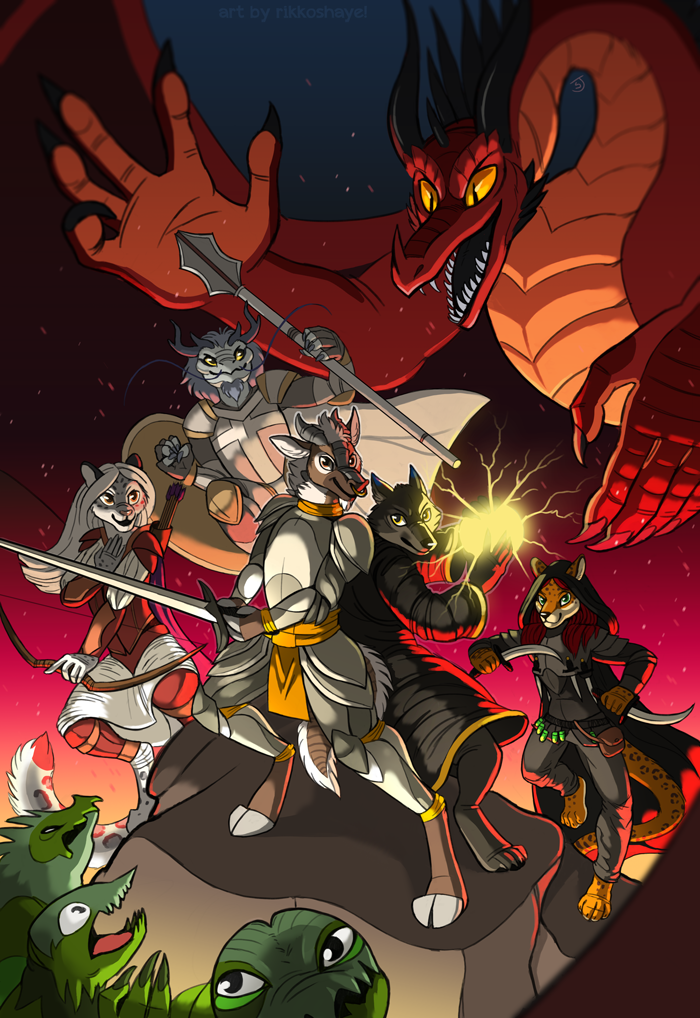 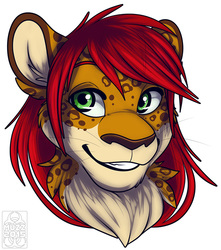 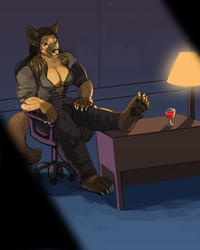 Hey look! This here is a big pic I managed to slip into all stealthy-like with my hooded, leather-clad leopard rogue. That's him creeping around the back, probably already eyeing up some shiny things he can stuff into his pockets.

I've always maintained an alternate, fantasy-universe version of Mahiri in rp settings, who's a little more of a scoundrel, so it's great to get some art of him like that!