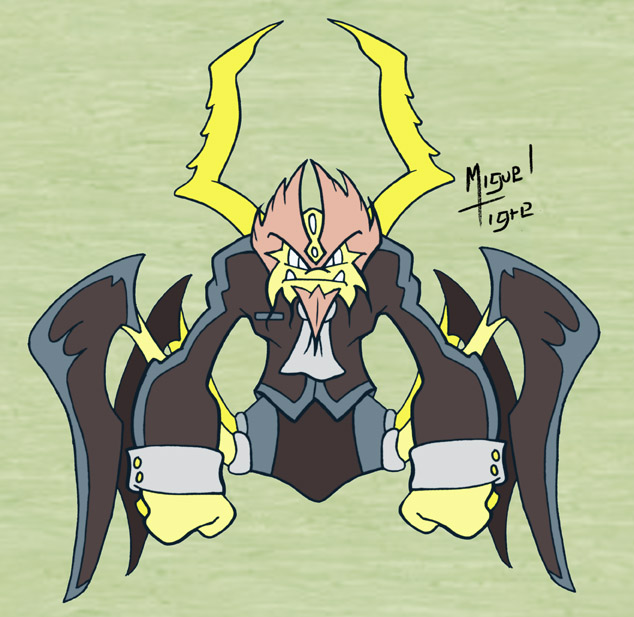 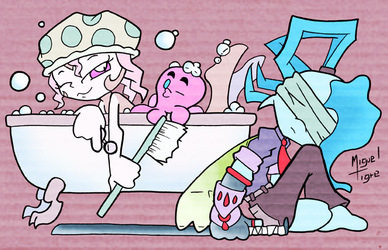 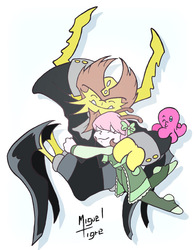 This is the working concept of Delgado, warlord of La Nouvelle ( the 2nd region of what was once Santo's kingdom ), and Pretz's dad. Delgado was a childhood friend of Bam's father Santo, was once a general in his army, until the day he married and as a wedding present was given a small region to rule over as he saw fit. ( which he still rules over to this day ) Even after Santo's death, and the kingdom being divided up 4 more times, La Nouvelle remained neutral and loyal to the main kingdom. However things became strained and communication between the regions was cut off. ( mostly after the death of his wife Johanna. ) Bam however came to the aide during a dispute with one of the other regions. Delgado was a bit surprised seeing his long time friend's son making himself known to all 5 regions. ( they had heard about him, mostly how he's been causing trouble and preventing the other warlords from getting away with murder... quite literally. ) But he's eager to start another good relationship between his region and the main kingdom again. ( also seems rather eager to marry his daughter off to Bam much to BOTH their protests )

Delgado while quite large, moves as of he weights nothing. He's fast, agile, and even at his age still quite a fear warrior. However his age is catching up with him and even he's started to acknowledge it. While he seems very mean and fearsome he's quite friendly and approachable. His bark is much worse than his bite. ( thought his roaring laugh still makes some shake in their boots. ) Delgado's one love in life is his daughter who is very dear to him. ( he's also very tolerant of her antics, and quite proud that she doesn't take lip from anyone. He's also very taken by Bam and is quick to offer him anything he needs without question. ( even his baby girl XD ) However Delgado is a bit disturbed at times at how much Bam looks more like Mascaras than Santo at times... especially since he, much like his father, knows he's not quite gone and will make a bid at Bam first chance he gets.

Deglado is a tarantula, there for much bigger than many of the people in Sector XII, he's also one of the last of this race since many died during the Great Purge that killed a lot of the plant life on this world.

Yeah I know I made him look mean. Sorry. XD
Enjoy.
MT