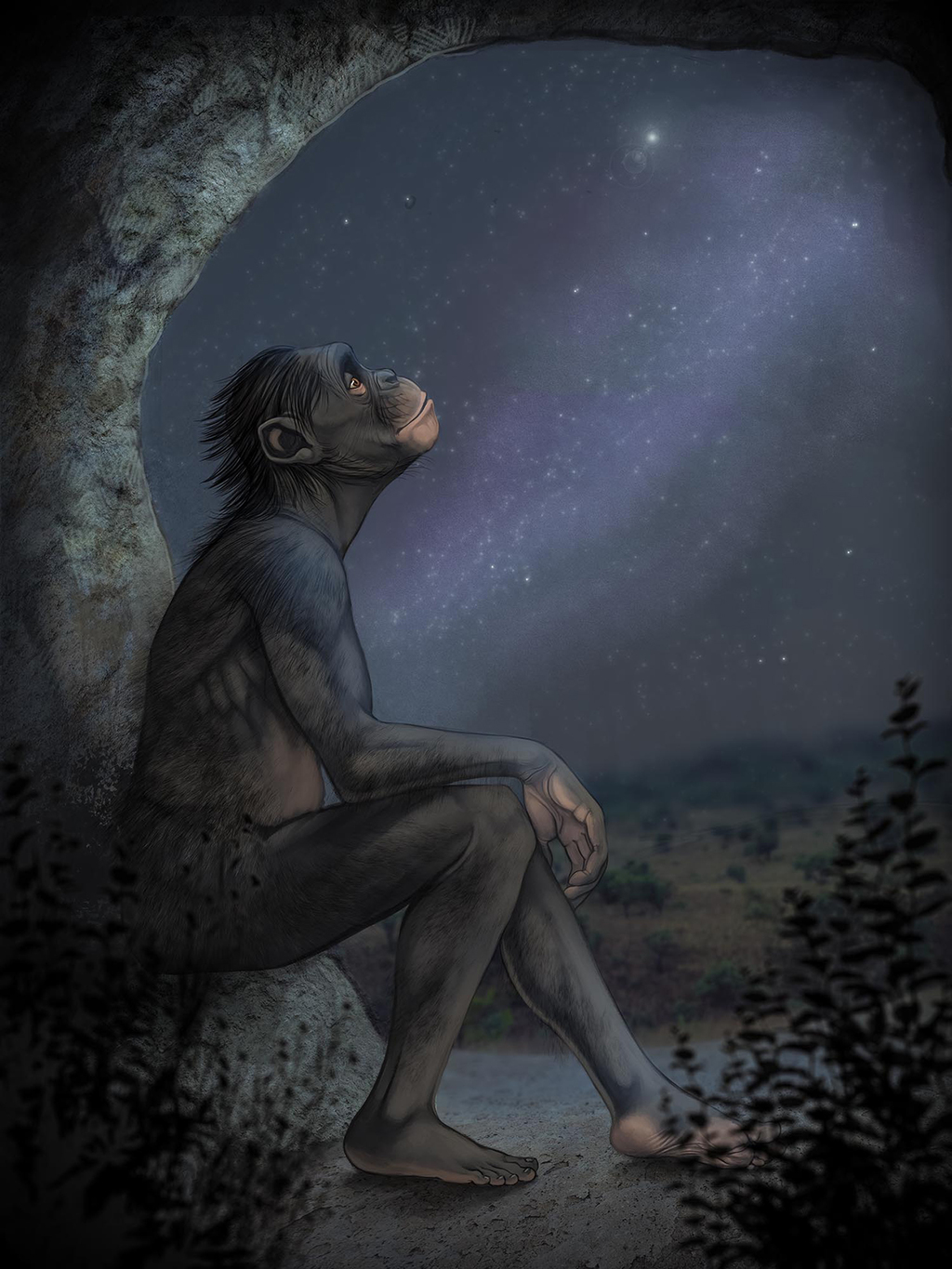 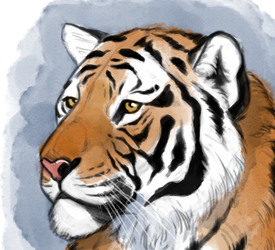 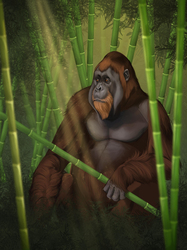 So, for my advanced drawing class (Taking it a second time for more credit hours) i'm doing a series of paleo-art, mostly paleo-primates. I've been finishing about one a week or so, and it's been a blast. Unfortunately it's also been why commissions are a bit slow, but i swear swear swear im working on them!! I just dont have as much time as i thought i did. (screw you senior year!)

So this is Homo Naledi. We don't have a solid date on this bad boy here, but he was discovered in 2014, published in 2015. The expedition to bring this fella and his relatives was spearheaded by Lee Berger, out of South Africa. This site, called the Rising Star cave system, may have possibly been a place where this species buried their dead, though that is still up for debate. Personally i believe they did bury their dead. There were many individuals in this cave system, mostly older people and younger people, which is usually what you see in gravesites. They walked upright, had VERY humanlike hands, but their faces were still very much that of an australopithecine. Its a super cool myriad of features. Any input is greatly appreciated!