The Stronger The Enemy.. by m00nstonee 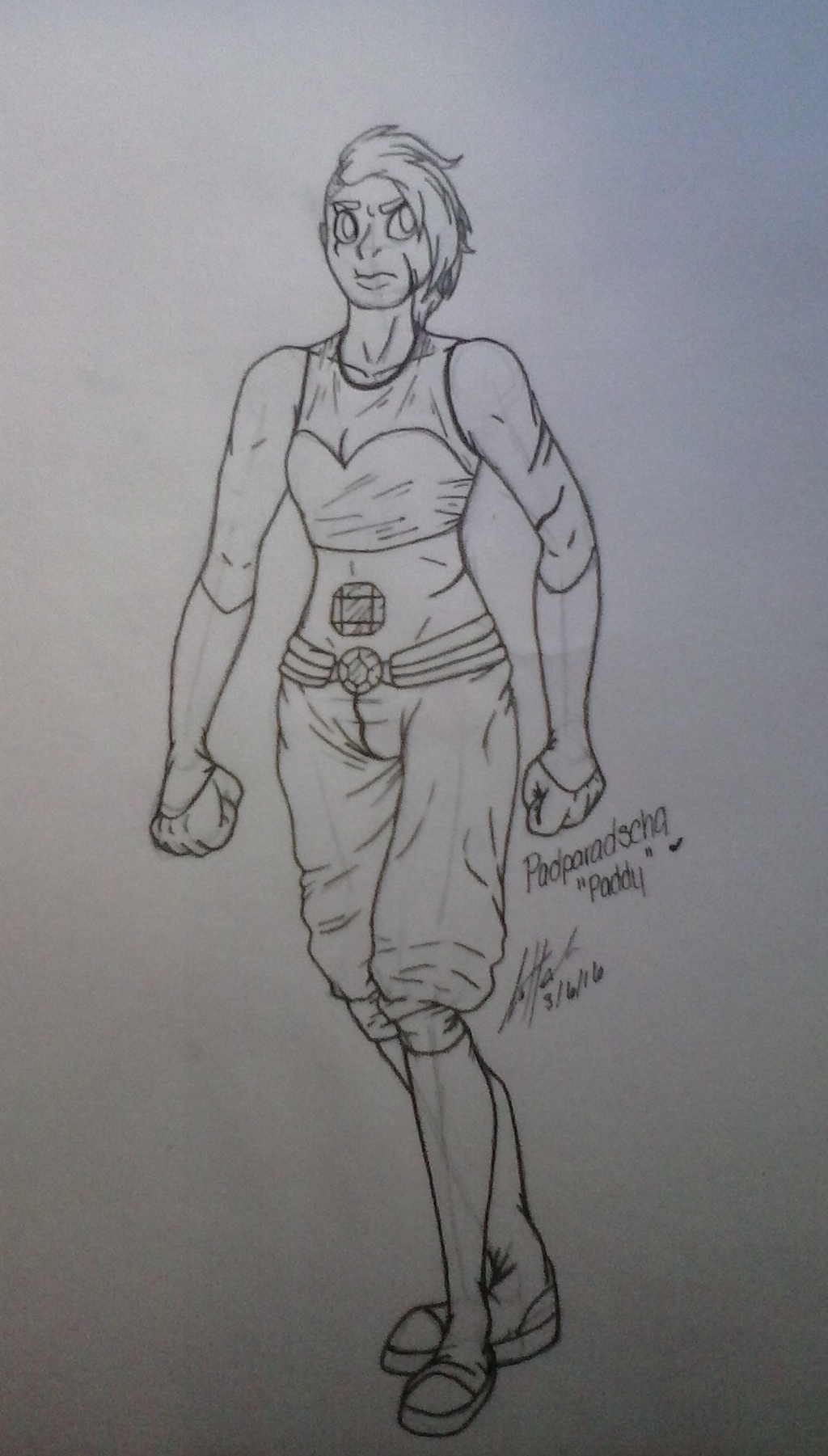 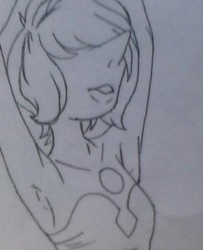 The Stronger The Enemy..

Since this is only a sketch, in due time it'll be updated with a colored version.
Either pixels or smooth lines, I'm not sure yet.

This is Padparadscha, also known as "Paddy". Her gemstone is located on her belly and her belt is made of a gemstone, actually a former friend of hers. What gemstone that exactly is, I'm not sure of.
She has a very relaxed, upbeat, and cheerful personality, and tends to display a lack of ladylike manners, mostly including consuming large amounts of alcohol. She'll drink you under the table.
Despite the morally dodgy nature that she can sometimes display, Paddy is not one to tolerate injustice, and can be especially vicious to those who commit the most vile of acts. Even though considered one of the higher ranking gems, she still despises Homeworld and how they rank other gems. She also fled Homeworld during the rebellion, currently living on Earth and continuing to protect it from other invading gems.
She's encountered a few humans but thinks they're too naive to understand anything.
Paddy is also a skilled spy and manipulator, occasionally using her skills to swindle people out of their money. That also plays on the fact of humans being so naive. She is also a very skilled combatant, using such to fight her enemies, and has managed to fight even the most skilled enemies on even ground, although she usually kills them rather quickly. Her weapon is a set of gauntlets, which I haven't made yet. Her skills include enhanced speed, strength and reflexes.
She's been poofed a few times, but among the most recent ones there was a hairline fracture in her gemstone so she has everlasting scars. Meaning, if she's poofed again, she'll still have the same scars there.