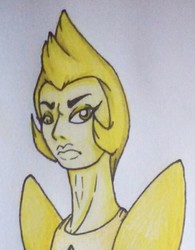 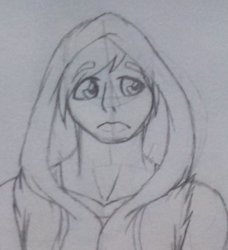 Yepyep
Looks so much better than the original
He's a moonstone, sometimes called "Moony" or "Moon-Moon" or just plain "Moon".
His weapon is a shield and his gem is on his chest.
He is also quite straightforward and has little understanding of human concepts; however, he was eventually able to develop bonds with his fellow Earth friends and even making friends with other gems who've rebelled against the Diamonds.
Although a skilled fighter, he's become more of a lover than a fighter since being on Earth.

He did participate in the rebellion against homeworld as a soldier for Rose, and some of the people he was fighting were his friends.
He's wracked with guilt over the gems he's broken and believes that one day karma will catch up to him; nevertheless, he still did his job for the sake of the lives on planet Earth.

I'll add more onto his story when I actually sit down and think about it.