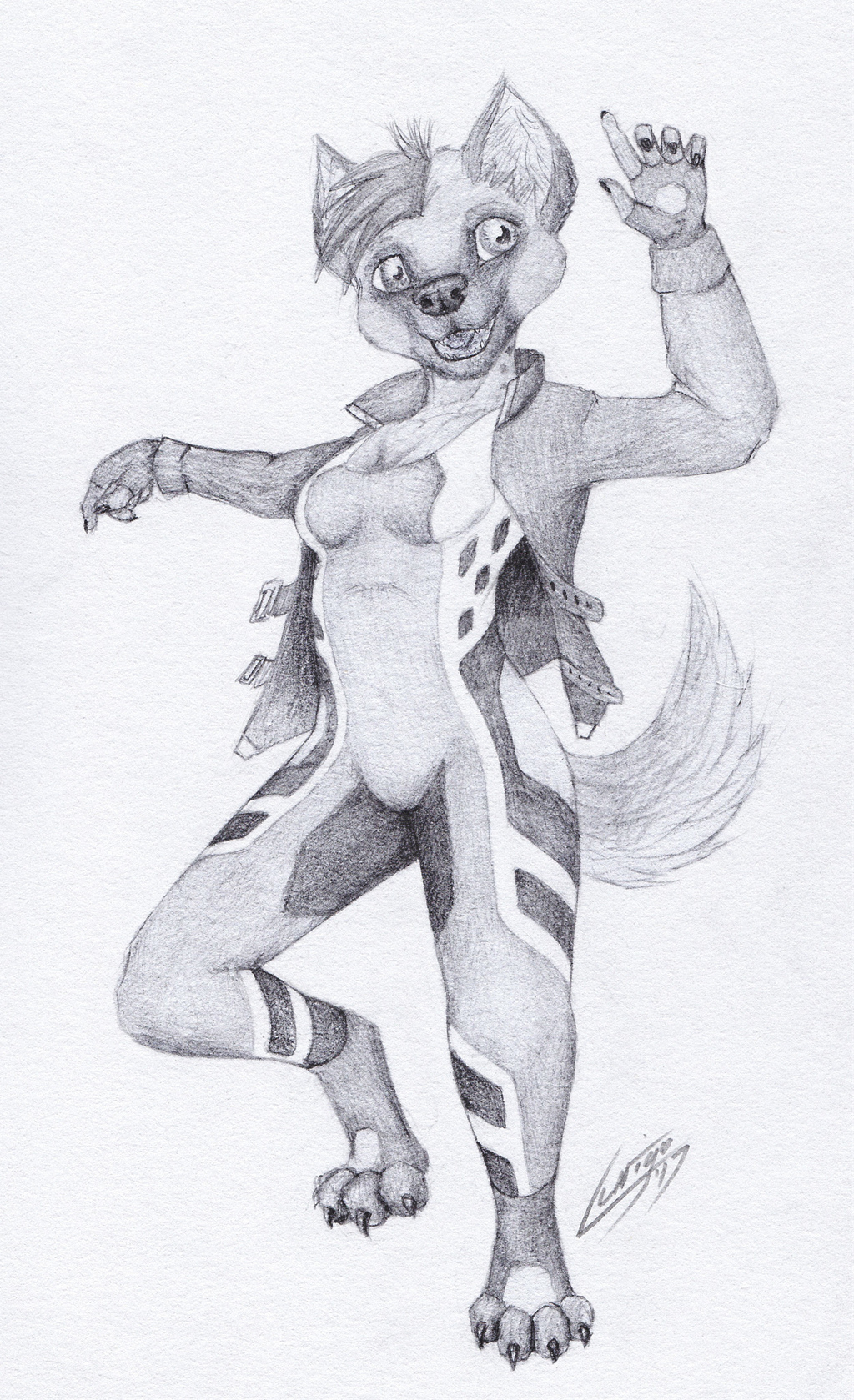 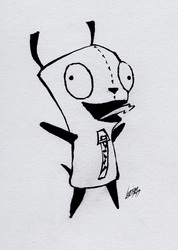 Here we are, the final drawing for my Pic-a-Week Challenge for this year!

And boy, did I have fun with this one! Been wanting to draw a hyena for a long while now, and decided this week was as good a time as ever.
Tried a fun floaty-dancey pose for a change, which ended up working well. Happy yeen!
And the bodysuit happened by accident. She was meant to be wearing jeans and a shirt, both with stripes and patterns on them. But, some of the stripes happened to line up with each other, so I decided to go with a skintight bodysuit instead. Even removed the belt!
Since she's a spotted hyena, and most of her fur is covered up, I decided it would be neat to incorporate some rectangular spots on her suit as a substitute.

She'll likely end up being a permanent character someday, once I decide on a name and what the rest of her will look like.
But for now, here's just an hyena having some fun while wearing a really cool suit!