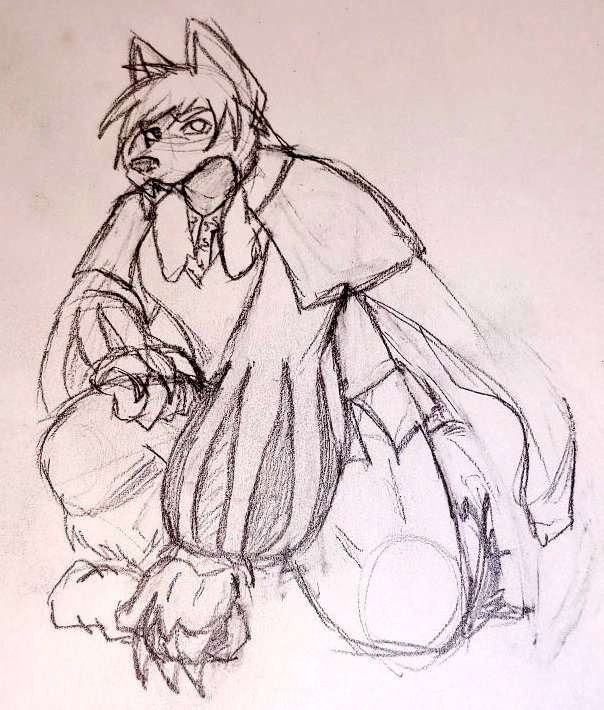 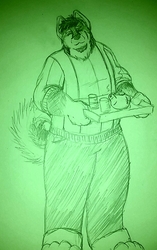 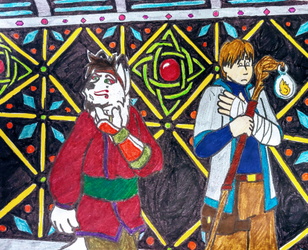 "You knew it would come to this, sooner or later ... even the best behaved dog will bite when he's been kicked as much as you have. So bare your fangs and strike ... I am thou, thou art I ... strip yourself of shame, cast off your fears, let the pelt of the beast protect you! Underdog no more, howl your rage to the skies!"

If I were in a Persona game, I think my Persona would be Bisclavret. A medieval werewolf from a story in the Lais of Marie de France, he was kind and gentle even as a beast. Betrayed by his wife and trapped in wolf shape, he kept his mind through the lonely years in the forest; his civil demeanor saved his life from a hunting party and led to a local king taking him in as a companion. When his now-remarried wife visited the royal court, he attacked her viciously -- this sudden shift in behavior led to the truth coming out, and the beast was restored to his humanity and title.

It's maybe pretentious of me to relate to themes of being an outcast, manipulation by the dishonest, and wolves ... but it's a nice bit of self-indulgence.