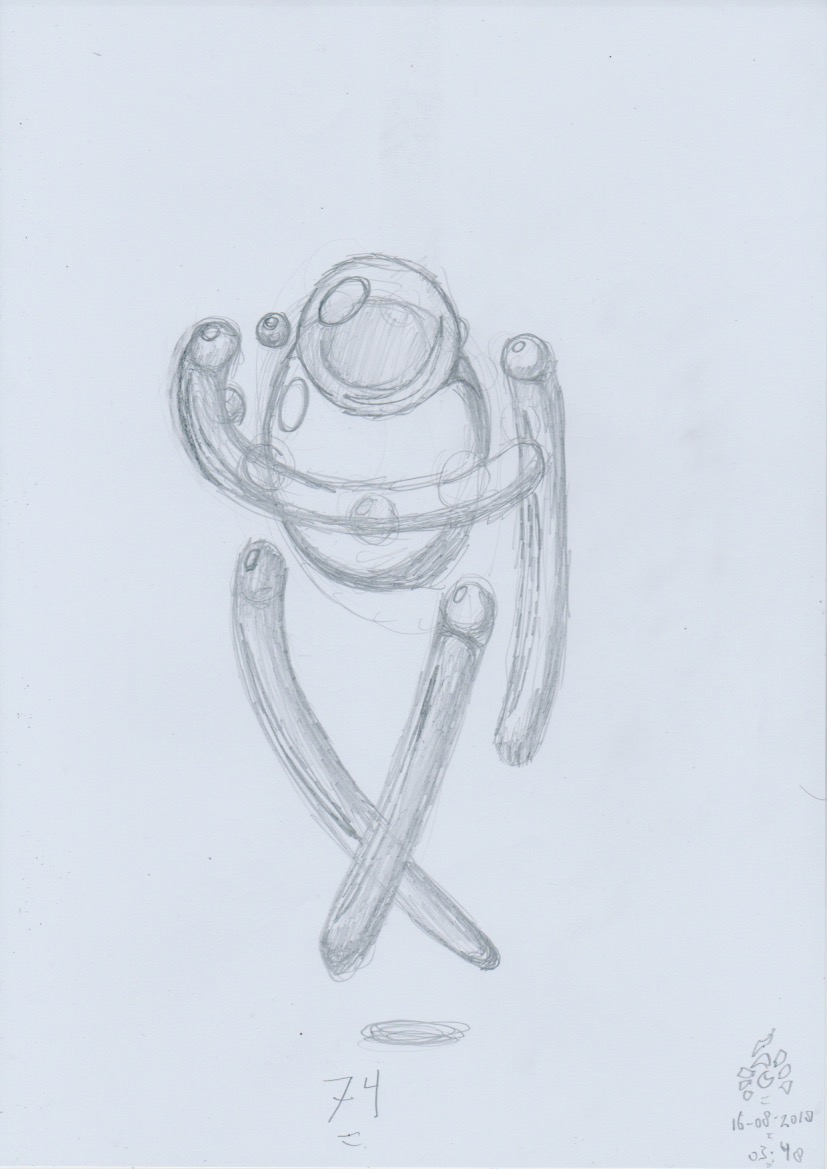 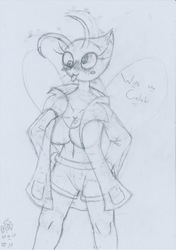 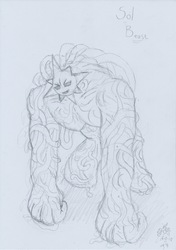 74, always bowing before challenging a warrior to a friendly battle =3

Even among the documented Formless, few are as mysterious as the 74.
Much like other Formless, the 74's natural habitat is in a different tier of existence, however, it so far away removed from reality, its existence can hardly be considered canon.

This seems to reflect upon its perceived appearance. As Formless live on planes that do not necessarily follow the conventions of our world, they truly lack any discernible traits such as identity and physical form. In order to mitigate this, the observer can essentially create an image, a temporary physical form as it were, in order to likely aid in communication.
Whereas observers often can perceive a semblance of a physical form this way for Formless, like the form of a grim reaper for death, 74 is far enough removed from our reality that even its perceived form cannot truly be grasped, instead often appearing for the observer as an amorphous blob of what appears to be water, which can freely shift itself into different form.

It is within this shape-shifting ability were its true power lies. Of the experiments held, the 74 was able to perfectly copy the physique and powers of any and all entities presented. It was able to mimic not only animals, but us researchers as well.
In fact, it even seemed to be able to replicate entities conjured from imagination.
In further experiments, we even witnessed the ability of the perfect replication of any given environment.
It was then that it revealed that it could multiply itself seemingly infinitely, and each of the duplicates could mimic different entities and locations.

With its ability of perfect mimicry, it has led some of us to theorize that the universe itself is possibly a form of 74.

Fortunately, despite its seemingly endless power, the creature appears to have a gentle disposition. It has shown to enjoy using its shape-shifting abilities to assume the forms of different entities and locations in order to challenge skilled warriors, but these are nothing more than friendly showdowns, choosing to restrain its immense power and refusing to exert lethal force. If it were to land the finishing blow, the creature would simply relent and deem the battle as a victory. The battle is deemed a "loss" when the creature is satisfied with the effort of its opponent. It also seems to bow down in respect before and after every battle.

Unfortunately, this gentleman-like behavior makes it hard to gauge exactly how powerful the 74 is. Some of us researchers theorize that the creature's power is, in fact, limitless. As a Formless, it is not limited by the conventions of the entities it copies, thus possibly making the 74 infinitely superior to the original. However, if this were to be the case, the 74 chooses to mimic the limitations of the entities it's copying as to provide a fair chance for its opponents.
As the creature likely resides in a higher existential plane than death, the 74 is likely truly immortal.

Due to 74 sightings being extremely rare, it is hard to research this unique creature.