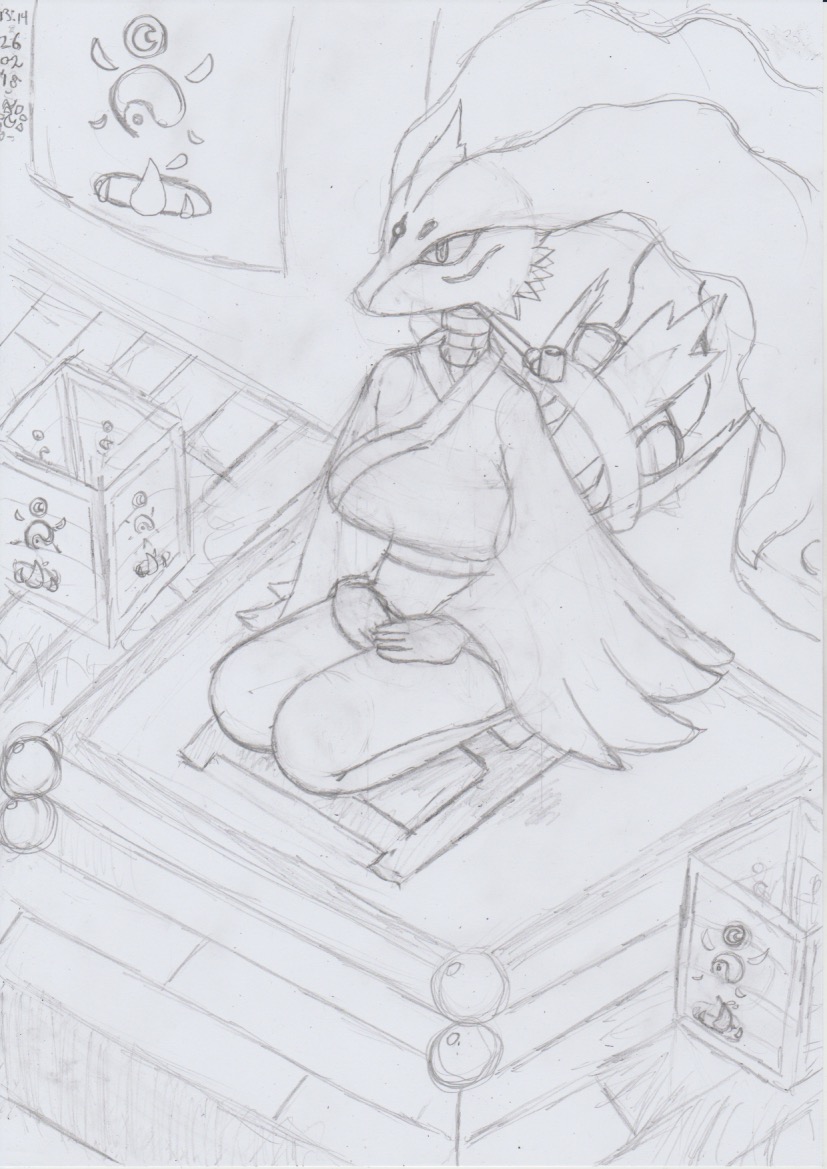 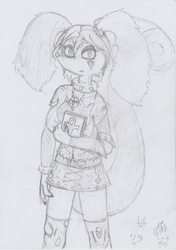 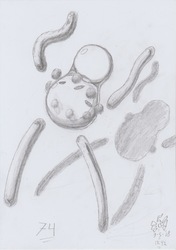 I actually like how this one turned out~ ^w^

Here you can see her in the traditional seiza sitting position, sitting on her raised podium overlooking the training students. Also shows off the surrounding area, giving an idea of what the school's interior looks like.

Her kimono is short, just barely covering up her groin as long as she remains still, as almost any movement will reveal her goods.
As you can see, the "arm wings" Reshiram have aren't part of Shiro's body, but rather, have been incorporated into her kimono's design.
She also does not wear the traditional undergarments under her kimono.

I don't think I ever did as much research as I did for this pic.
First of all, I wanted to have her sit in the traditional seiza position, which basically involves sitting on her knees while keeping them together, with her weight resting on her heels as she sits upright. A very uncomfortable sitting position, but experienced practitioners can last for forty or more minutes with minimal discomfort.
Her hands are folded over her lap, and her feet are partially crossing, though it's not visible here.

And then there was her kimono. I knew I could just copy her kimono from an image, but I figured there's more to it than to just draw a kimono.
First of all, I was stuck because short kimono do not exist, but I decided to apply creative license to that fact, even if it dismayed me because it sacrificed some of the authenticity.
Another thing that had to be sacrificed was the fact that kimono are also worn with traditional undergarments, which can be seen as a rim in the neck area. Considering the whole school fights nude, I couldn't include those undergarments because it just wouldn't fit, and her kimono needs to come off easily when she wants to fight.
The "baggy" sleeves kimono have are designed after Reshiram's "arm wings."
It naturally also has an obi (sash) partially covered by her boobs in this pic. The obi is tied behind her back, but does easily come off when she needs it to.
Also important was how the two "sides" of her kimono was folded over each other. The left side ALWAYS covers the right side, from the wearer's perspective.

Her kimono is completely white. Not sure if I'll make her obi red to match her facial markings, or to make it black as a reference to the duality between Zekrom and Reshiram. I'd need to see what color matches better. Prolly black, though. Can also keep it white if all else fails =3