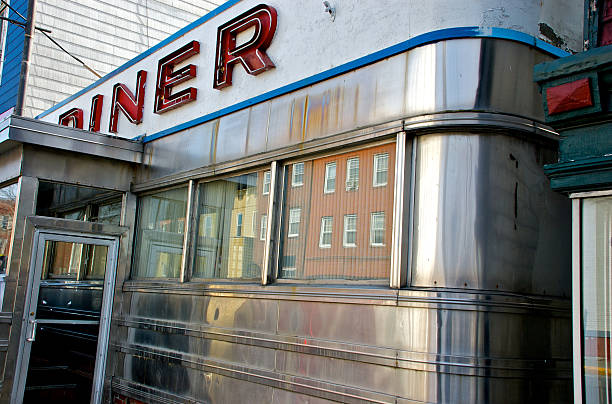 Smoke Break
By: Lu-Man
If you'd rather listen to me read this than read it yourself, you can do so here:
https://www.youtube.com/watch?v=a-XcsnJGI6c

Pale thin blue of the early morning light painted the city. It did little for the gray, cracked parking lot in front of me. Old cars littered a couple spots, rust trimmed the lower parts of their wheel wells and quarter panels. Most people took the bus out here, rode forty minutes from downtown to work on the docks for twelve hours a day just to ride another forty minutes back home. A few daring early birds took to the streets. I stood by the doorway of an old, silver diner and shook out one of the last cigarettes from my pack. Lucky Strikes. My favorite.

"You might as well just roll the whole damn tobacco plant if yer smoking them." I heard from behind me. When I turned and looked I saw that today she was 'Jessica'. A dark blue apron covered a black shirt. From this shirt, thin dark fur poked out at the sides. Her fur had seen better days; it was being shed from drugs or stress or both. I had told her before if she took care of herself it could look gorgeous. She rightfully told me to mind my own fucking business.

I folded my ears back in a half sneer. "Yeah, so I heard. I like to actually feel what I smoke. Got a light?"

Her tail twitched as she grinned. It always reminded me of an innocent pup when she did that. "Yeah, if you can spare a cancer stick."

The canine produced a lighter from a blue apron. I liked blue, it was a good color, especially on darker fur. "So, how do you determine which name you're gonna be?"

"Whatcha mean?" she asked, plucking a cancer stick from the pack and lighting it.

She flicked some ash onto the ancient parking lot. "So?"

"What, do you have D.I.D. Or something?" The canine looked at me incredulously, as if she couldn't believe the stupidity coming from my mouth. She turned her attention to the street and finally said "Or something." with a slight grin on her face. I pretended to not notice it.

"You figured that if I keep using different names I must have multiple personalities. You never figured it was because someone long ago stole my apron and I just borrow from the other girls?"

She smiled more openly now. "You just didn't look at the clues. Jessica was in here last week. You don't remember her serving coffee to you? Borrowed a cigarette from you, when I was 'Eileen' as you say. No wonder y'all need my help so much."

It was my turn to smile, "You're right. Simple explanation is always the best."

"Yes, simple. Like how the Torelli's have been hired as muscle to protect a drug shipment coming in on the docks on Thursday." Her tail gave a slow wag behind her while she spoke, as if sharing this knowledge was the most fun she's had in a long time.

"Huh." Was all I could muster.

"Yeah, cartel is trying something different, says too much of their stuff keeps getting caught. Torelli's have some pull with the merchant marines, so I suppose one thing led to another...."

I took a deep drag while I thought over what 'Jessica' told me. "Who'd have thought it. You happen to get a ship name?"

"No. But if you follow a bull who goes by the name of Burt, he'll get you to the dock that night. He usually gets coffee to go here about 7pm on Thursday."

"How do you keep getting this information," I asked.

My ears rotated forward in a sly grin, "You're sleeping with one of the Torelli's."

"And working this job," she scoffed, "The hell with that, if I was gonna be a mobster's girl, I'd better be living the good life." Her ears rotated forward in a much larger grin, "Simple clues detective, follow the simple clues."

"You sit back and listen?"

"Pretty much. They talk shop, and aren't always so careful when I go refill coffee."

I was stunned by her casualness of it all. She spoke of this with a sense of pride, as if she was talking about how she saved money on car insurance or something. I turned my attention back to the street to hide my shock. "They'll probably be back later today or tomorrow dressed as exterminators to sweep for 'bugs', so make yourself scarce for a while."

"No worries, I'll have my partner come down in a couple days. You've met him before."

"Oh, yeah, that chatty skunk. Great." She grimaced. It was true, Chance could talk yer ear off if you let him. "There goes my whole lunch period."

"Yeah, yeah. Make sure you come back in and pay your bill before you leave." She flicked her cigarette into the battered parking lot and walked into the diner.

I flicked my cigarette and followed her in. She stepped to the register and rung up my cup of coffee and slice of pie. "Three Fifty." She said as she scribbled something on a note pad.

"Keep the change" I said as I slid a ten across the counter. She thanked me as I stepped out the door. It only took a couple minutes to drive to a similar diner a couple blocks away. A familiar skunk slid into the seat next to me and clicked his seat belt.

"Well?" He said, fumbling for a lighter in his pocket.

I sighed. "You're right. There is something going down on Thursday. We may want to watch it for a while and see where it leads. We're gonna follow a bull named Burt. You're also right about the waitress."

"Oh?" Chance smiled, his ears canted in a wry gesture.

"She does it to feel important. She likes to feel like the smartest person in the room."

Chance slipped a cigarette into his lips and spoke through clinched teeth. "See, I got a nose for these kinds of people. And the smart and chatty ones always gives the best intel."

"Yeah, until they get careless, greedy or stupid and end up dead." I bit back, with a little venom in my voice.

Chance pretended like he didn't her the edge in my tone. "That's the best part. We just walk away with our busts, and they can figure things out on their own after they screw up. No blow back."

"I know." I said, my demeanor darkening. "I try not to think about it."

"Me either. We're saving lives here. You got to remember that." He turned to me with that look. That look that he always has for these things. That greater good look. The look that says we don't have to like it, we just have to do it. I hated that look during those times. The sanctimonious part of the whole thing. Turning a mark like this and burning them, leaving them in the dust to swing after we got every bit of usable information out of them.

"Yeah." I grumbled. "I guess." I stared down the highway as I drove up the street back towards the station downtown. The rest of the trip was made in silence as we watched the sun rise on another glorious day in the city. 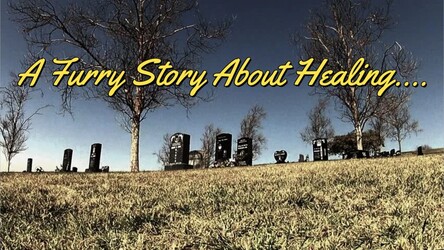 More than a cigarette gets shared on a smoke break. A slice of life style cop story.

If you'd rather listen to me read it than read it yourself, you can do so here: