Kareth's Escape – Chapter 1
By: Lu-Man
This story is also on Youtube if you’d rather listen to me read it:
https://www.youtube.com/watch?v=q46MN24CMEw

Kareth watched the sun drenched landscape speed by the window of the transport shuttle. From space the planet had appeared to be almost red, or the closest approximation his species could make of red. From the surface however, everything was a dull, drab lifeless gray. The brochures told him that it was because his eyes couldn't quite see the color spectrum of the oranges and dark hues of the rock before him, ensuring that the site was “truly a spectacle” and with special glasses could be witnessed by even those of canine lineage.

He didn't quite understand it all, nor did he really care. The wolf's eye sight and what it could or could not see wasn't what was important to him, nor was some fancy glasses to allow him to see more of the scenery. Money was. Cash. Making enough to ensure that his wife and infant pup back on Earth in the city of New Angeles could have enough credit in their account to pay rent next month so they wouldn't be on the street.

There was turmoil on this half formed rock, he knew. He's saw the news feeds in the mornings on his phone just like anyone else. He would watch the violence unfold from the government owned news feed as he ate breakfast (when he could afford it) or simply drank coffee (when he couldn't). The tiny device blared out the news and information every morning before he left to go job hunting or just simply pan handle. Pan handling wasn't a smart career move, but he could make thirty bucks most days. Fifty on a good day. That certainly beat the ten to fifteen “we're not hiring” grumbles he got from business owners around the city.

He pulled the visor down and turned his head away from the window. A voice beeped over the speaker system interrupting the dull movie playing on the seat back in front of him. “Remember!” the voice said in its pleasant tone and shouting volume, “If you see or hear any air leaks, warn the crew right away. Air leaks are dangerous. Do not try to fix any air leaks on your own. Only certified repair personnel is allowed to repair faulty equipment.”

He could sleep if it wasn't for that incessant warning playing every five minutes. The air was toxic outside. That much he knew. The dust apparently had blown around the small world until it was pulverized into powder. This powder made the entire surface look cloudy. It also made a regular habit of clogging air filters and made trekking out into the gray mist on top of gray rocks almost impossible for long periods of time.

Their job of finding the precious gold, copper, iron as well as other precious metals that made up the ionized drives that powered everything and kept them alive was almost impossible above ground. Robots could not traverse the rough terrain. Their gears would lock up as the fine powder would find its way into even the smallest crevice.

This meant that large machines would be forced to roll around the surface. Big wide vehicles with large tracks like a tank would roll, crushing and crawling. When a vein was suspected, four to six individuals would run outward from the device to dig and explore further, their suit filters lasting almost two hours before they'd be forced to race back.

Kareth hoped he'd be on such a crew. The work was dangerous, but it paid far more than digging did. Plus he could see more of the surface this way. He'd never been off world before, and would not have the cash necessary to make a visit to the moon, a virtual gambling paradise with beautiful swimming pools and even a jungle brought up and planted plant by plant underneath the galaxies largest atrium.

The shuttle jolted to a halt, nearly throwing the wolf out of his seat. He stood up and grumbled, his ears folded back in annoyance. He looked at a bear and a horse, both standing up as well. The horse stood almost a foot taller than him, thin from poverty. “What the hell was that?” the horse asked in a thick drawl.

“If you win, give me some credits.” The horse huffed, with a grin filled with false humor.

“For your safety, please move to the rear of the transport.” The message was repeated over and over. The movie had been stopped and only displayed on screen the cheerful message that was playing. The words were printed in dark red font, portraying the seriousness of the message that the voice did not. All of the lights were still working, but you could hear shouting coming in from the front of the shuttle and growing louder as it moved backwards, closer to Kareth's car.

Morphs began to race inside, forcing their way into the small compartment, shoving and fighting and growling. The shouting grew louder and angrier, as the mob grew closer. The door to their car slammed shut, but not before one small cat crawled its way in. The feline stood up and snarled at the group in front of him. “Filthy scabs!” He shouted at them, diving at the bear first, burying his blade into his chest, up to the hilt.

Kareth jumped on him without a second thought grabbing him from behind. He picked up the cat in a head lock. The feline held onto the knife, pulling it out of the bear, who fell to the ground, grasping his wound and gasping for air.

With a growl, the feline reached backwards with the blade, trying in vain to slash at the wolf who held him. “Hold that scoundrel!” He heard as the horse jumped forward and grabbed his arm quickly by the wrist and twisted.

There was a sickening crunch and a crackel, followed by a yowel. “They got Rudy!” He heard from the other side of the doors. Followed by loud banging and scraping as they tried to pry the doors open.

“Help me with this sucker.” The horse replied, grabbing the now gasping bear by the arm pit. Kareth only nodded, grabbing him by his other arm and dragging him to the back door that was now open.

Inside the end of the transport, there was two double doors, one on either side of the shuttle. Another shuttle had pulled up within inches of the transport. Kareth didn't recognize the Morphs who hung off the side between the vehicles waving them over. But he certainly recognized military uniforms, the hazmat suits looking more like space suits, with thick shielding over the face and muzzle hiding the features of those within.

“They can't possibly want us to jump that.” The horse replied.

“We have a choice?” Kareth replied, smacking his paw on the large red 'Emergency' button beside the double doors. The doors slid open with a loud woosh! Wind and find powder blew inward stinging the eyes, nose and just about every piece of exposed skin.

He held his breath as long as he could. The bear was slung out to the two soldiers first, who almost dropped him on the ground far below them. The soldiers snagged him just in time, dragging him upwards and pulling the bear inside. It only took fifteen seconds or so for them to do it, but it was the longest fifteen seconds of his life, his lungs burning nearly as much as his eyes, nose and everything else did as he held his breath.

Next was his turn. He leaped, clearing the gap and the soldiers as well, landing well inside their own double doors. As he turned around, he saw a brown mass hurdling towards him, arms out wide and an 'oh shit' expression on his face.

When the double doors closed and the cabin doors opened, both individuals laid on top of one another, a tangle of limbs and fur. “I think I broke something” The horse replied.

“Not something, someone.” Kareth grunted from beneath him.

“Sorry about that.” The horse replied, as he stood then reached down to offer the wolf a hand up. He took it gladly. “Name's Gunther. Everyone calls me Grunt though.”

“Why?” Kareth asked, his ears tilted in a questioning manner.

“When I was in the army, At first I had a big mouth that would get me into trouble. So, when I was being punished, whether it was with KP or cleaning latrines, I'd grunt through the whole job rather than curse my superiors. I soon learned to grunt instead of just saying whatever was on my mind.”

“Well, I'm Kareth.” The wolf replied, shaking the offered paw. Something felt wet against his fingers. He turned it over and saw a huge gash on the horses palm, fine sand stuck to the blood, glistening in the light. “Bastard got me with the knife. It's a scratch, I'll be fine. I've had far worse.”

The shuttle was filled with soldiers. A few scared morphs sat amongst them, a number of them having came from the transport that was just attacked. Kareth and Grunt walked a few paces inward, but with no empty seats was forced to stand in the isle. The transport they escaped shrank in the distance, the damage to the front visible. The front glass of the shuttle had been shattered, another lay on its side beneath the transport, bent in an odd shape. Twisted metal sprouted from the sides of the transport on the ground.

A pulse of light left the military transport. Less than a second later the other transport shuttles exploded. The shuttle was far too insulated for anyone to hear the shrapnel tinking across the surface, but the shockwave from the explosion shook the shuttle hard, causing Kareth to stumble forward. The horse simply grunted loudly, loud and angry enough to cause the soldiers near them to turn their heads towards him and look. 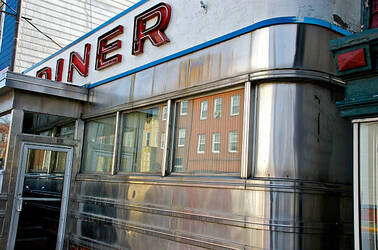 (If you'd rather hear me read this story to you, check out my youtube channel: https://www.youtube.com/watch?v=q46MN24CMEw)

A story of one wolf's struggle for survival on a distant planet owned by a soulless corporation.