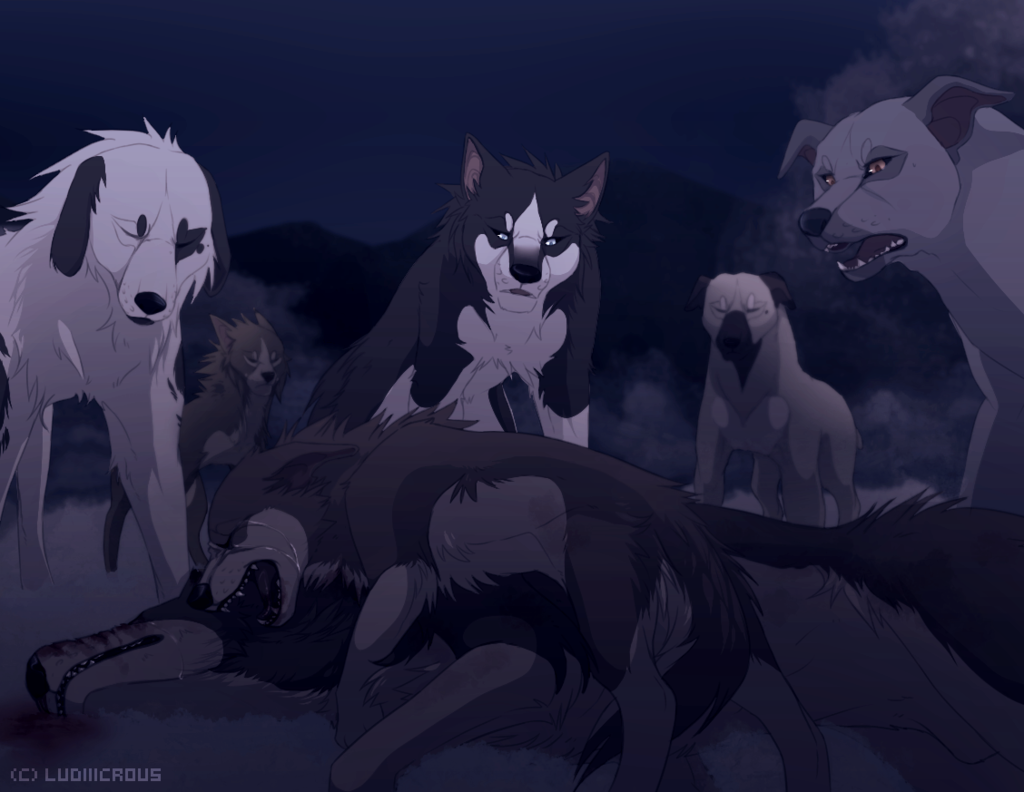 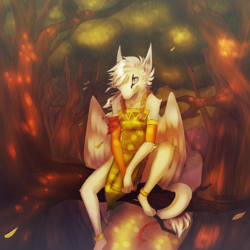 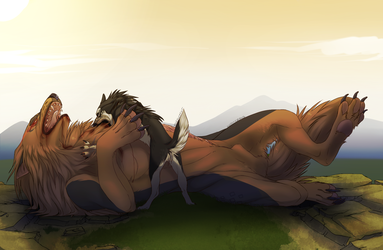 SO
after rage quitting my page for the day, decided I'd redraw a scene from an anime I watched a few years ago.
If you don't know; this is Ginga Densetsu Weed.
The puppy Teru and his father Riku.

The story behind them was the father actually abused Teru and was a mean ass bastard, later Teru growing afraid of him. Then a little after, Kyoshiro attacked and tore off Rikus ears, Teru looked up to him and pretty much followed his word; later showing Teru saying 'That jerk isn't my father,' when confronted about Riku.

Later two doberman assassins came and attacked Kyoshiro, Weed and Teru and Riku stepped up to protect his son against them. During battle explaining he was a coward for beating Teru and sorry for what he did only to be rejected by, the now confused, Teru. After Kyoshiro nudged- or rather-... threw him to his father as he was pleading for forgiveness from his little Teru, wanting to hear him before he died. As Teru stood to see him, Riku fell over and passed away while Teru screamed and cried, begging him to live and that he was there for him now.

[ the back characters are way different on here than they are in the scene. I just couldn't handle how boring they looked so I made them pretty eHe ]