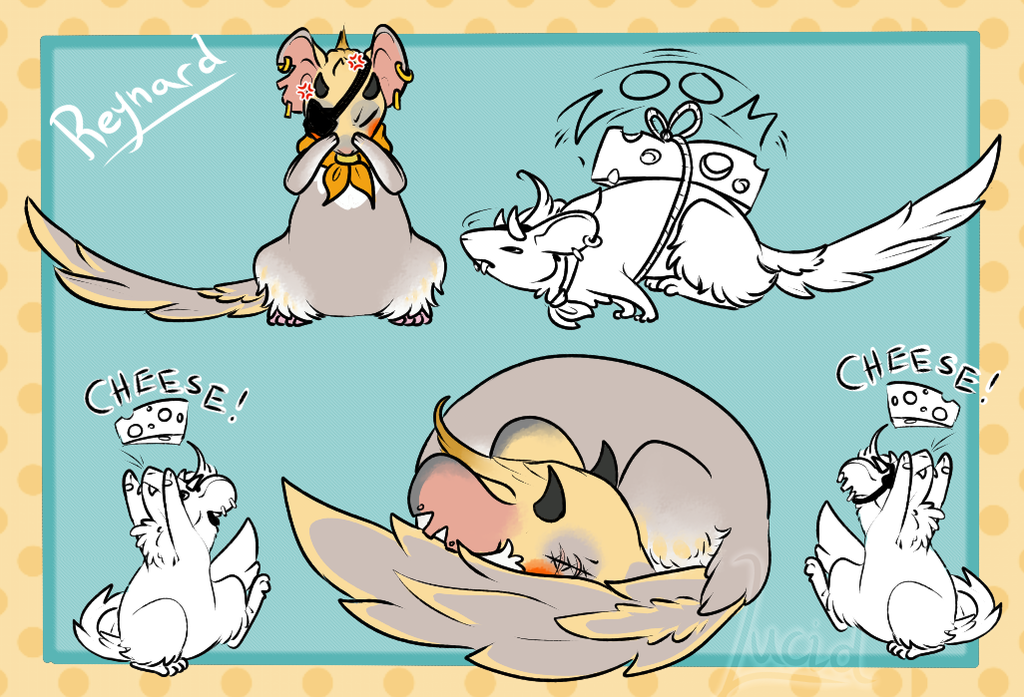 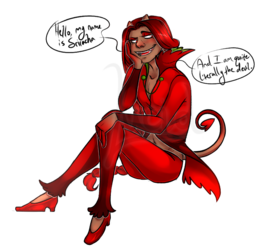 Uploading this here for u guys to see!

A reference for my transformice mouse, Reynard.

Name: Reynard
Sex: Male
Facts: Reynard is a terrible shaman and a grumpy mouse in general. His terrible depth perception makes it hard for him to judge distances and so his ability to build quickly is hindered. This means he gets called "Slow-hands Shaman" often and he acts like it doesn't bother him but it does. He tries! Sometimes he's alright with getting the mass to the cheese and back to the hole.

Despite him hating being picked by the goddess to be the shaman, he still races as fast as he can to get to the cheese and back to the hole first. (sometimes he sucks at jumping too, that damn depth perception!)

Reynard enjoys a wide variety of melons, sunflower seeds, and of course cheese. The quickest way to befriend him is in survivor rounds by being silly with him while the threat of being cannonballed off a ledge to your death floats over your head. When he's shaman he'll balloon you to safety - speaking of which, the only time he's a good Shaman is when he's trying to destroy everyone.

My u/n on transformice is Luciddp! Feel free to hit me up if you ever wanna play together!