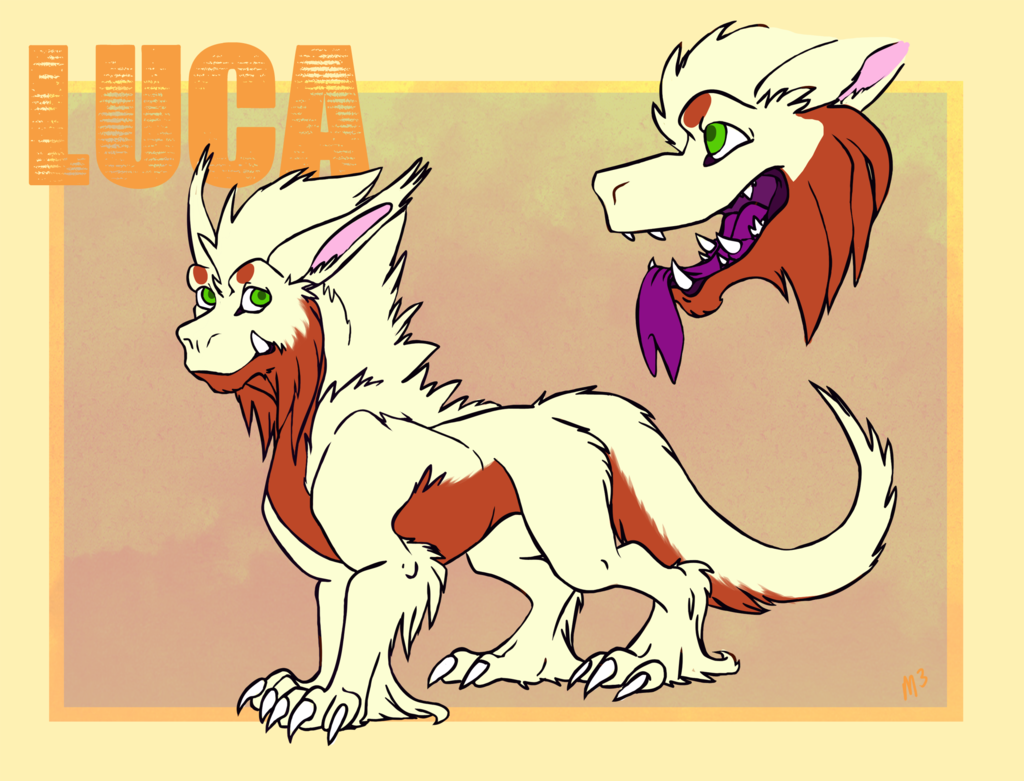 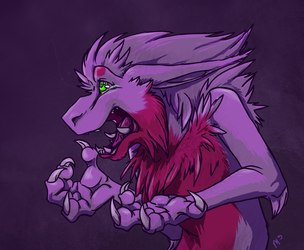 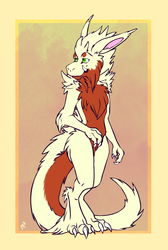 Ringing in the new year with a bunch of updates to my 'sona that have been sitting in my head for far too long!

Of course ill probably have another reference by the end of the year, but there things that had to be done!

If youre wondering what Luca's species is, I really couldnt tell you, because I have no clue. Ill figure it out someday. But as of now I just describe it as a "fuzzy dragon beast". Shes not really a dragon, but shes not really anything else in particular either.

Luca is about the size of a horse in feral form, standing at about almost 5 feet at the shoulder.

Tounge and tail are prehensile. Tounge is longer than it appears, it can come out of the mouth up to about 3 1/2 - 4 feet and snatch things up quickly.

Luca has the ability to communicate with other life forms ranging from trees and bugs to other more advanced species by means that arent well understood.

Thats about it for now, theres more, but I dont feel like elaborating lol. If you have any questions feel free to ask!