A Most Atrocious Enemy by LTSmiley 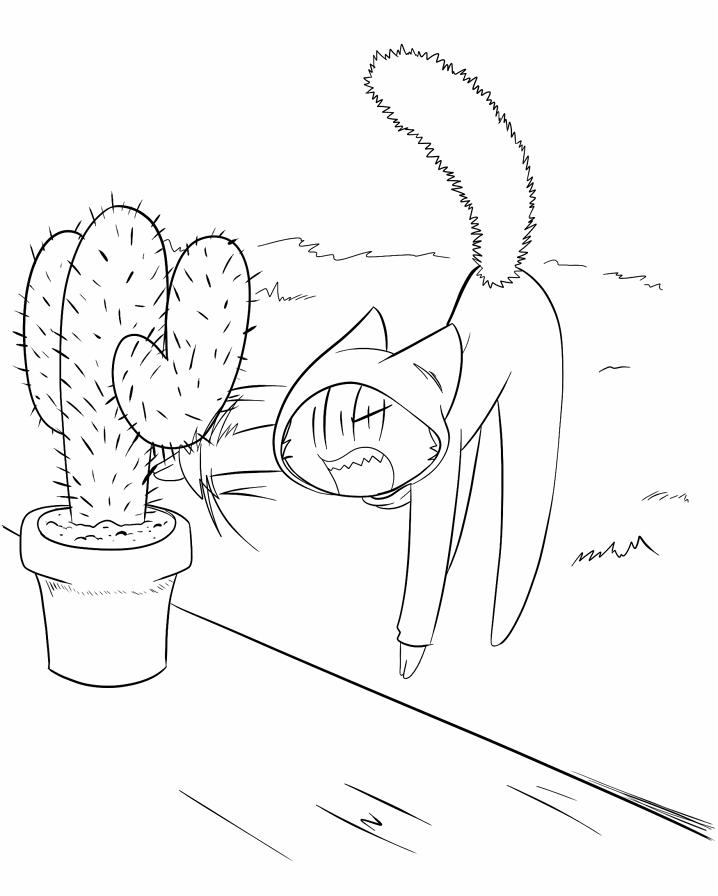 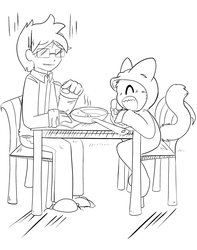 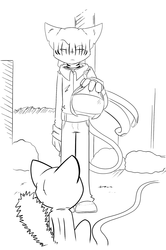 A Most Atrocious Enemy

Outside looked a lot more fun to be in than Cedric’s house. It was more colorful for a start and secondly—Great Northern Sea Cucumber! There was the strangest Earthian plant I had ever seen before right there on the back deck. It looked so strange I wasn’t even sure it was an Earthian plant. It could’ve been an invader from another planet—trying to steal our planet.

No plant was going to take Earth out of Qwuedeviv possession while I was around. Oh, I also wouldn’t let them take over Cedric’s base either. Cedric may not have known the first thing about military tactic—odd that they had set him up as commander come to think of it—but I did. I could tell a threat when I saw one.

Another look was required. This ‘plant’ or potential alien was greenish. This was a customary Earth plant color, but that proved nothing. You see Earthians also depict aliens as being these large headed, black eyed, green things. This plant alien was not only green, but it also had hair or something that at least looked like hair. Very strange and you know what I always say about strange things; they need further, skillful investigation.

I didn’t suspect wandering in the backyard would be too dangerous. I was capable of handling the plant alone and I couldn’t see any other threats. So for the very first time since I had arrived, I headed out. There was a conveniently placed door there if you recall, so I simply moved the step ladder and used it—the door not the ladder.

I pushed the door open just a bit and stopped to listen for uninvited guests or lurking Earthians. I didn’t see any which was probably good. I didn’t suspect Cedric wanted stray Earthians in his yard.

With all precautionary measures taken in this military operation, I flung the door open wide and happily frolicked out. It was a tad cooler outside than it had been in the house, but nothing too bad. The suspicious plant hadn’t moved. I approached it quickly and sized it up.

It was one of the bigger ones I had come across so far—not that I had really been outside if you recall. From rounded pottery vessel to alien-plant head it reached my shoulders in height.

Sharp pain pulsed through my finger.

I retreated a safe distance, clutching my injured arm. I checked to make sure the plant hadn’t followed before tending to my wound. Those of you with weaker stomachs may not want to read this part. These are the kinds of things that can traumatize a soldier. I won’t blame you if you just want to skip this section and move on to a happier log. Maybe try a couple down from this one.

You sure you’re up for this? Well, we’ll see.

When I looked down at my paw, there was a sharp spike lodged in my finger. It was probably poisonous. I was probably doomed. 24 hours max.

“So you’re a foe.” My ears pinned down as I bravely and carefully closed my fist.

If this was the end I wouldn’t go down without a fight. My time on Earth had been difficult and it seemed its inhabitants had no intent of showing any mercy.

“You just messed with the wrong cat.” My finger was throbbing by this point, but I ignored it. “If it’s a fight you want, I’m just the Qwuedeviv to give it to you!”

Everyone at Command Center cried for me to stop; they didn’t want their hero to go down in such a gruesome war. I shut out their pleas and launched myself into battle.