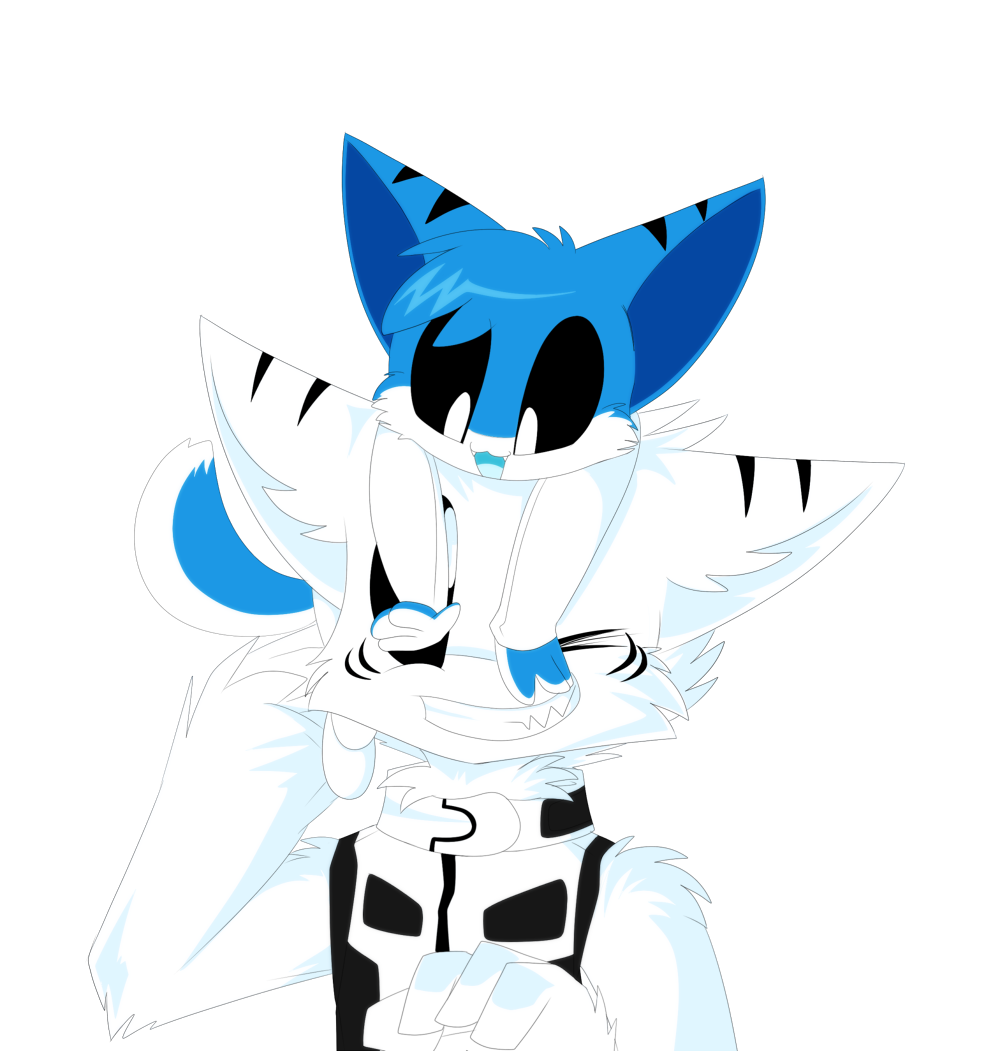 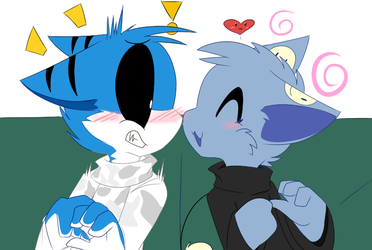 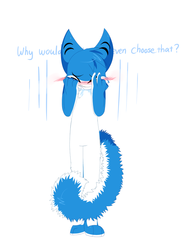 My dad had to be one of the bravest Qwuedeviv I've ever known. I didn't get to know him for very long...but I remember going out on adventures around Arctic Base. Me and Swordfish would bounce around in the snow and sneak up on him. He always let us believe we'd really surprised him. Then he'd lift me up onto his head so I could bat at the snowflakes. I wanted to be just like him when I got bigger. One day I hope I can be something that would have made him proud.
Pvt. 1st Class, Loan Shark out.

Little Loan Shark or known then as Snow Shark, and Hailstone. Unlike most Qwuedeviv Hailstone and Chilly Breeze raised their kittens like a more traditional family would have. For all the reputation Hailstone had of being an elite as well as somewhat irritable, it was a totally different Qwuedeviv around its kittens. This would obviously have taken place before…terrible things happened. |D I've wanted to draw the two together for a long time though, because Shark's parents and such have played a rather big role in who and why he currently is as he is.

Also yeah I know I've said Qwuedeviv say "it" and have parental units. That's all still true and what not =o but as I've also said sometimes they address their family or friends in a different manner. Shark is generally one who does when he isn't required to use the other.