[REMOVED TO COMPLY WITH LOCAL AND INTERNATIONAL CENSORSHIP LAWS]

.: I do not thank for watches - However I appreciate the support, THANK YOU! :.
.: I use my scraps for older pieces or pics i don't want in my main gallery. :.
.: ZERO DRAMA TOLERANCE. | If you cause drama, you'll be getting a block. Period. :.
.: Alternate account for the artist ~Lorena :.
.: Old account: ~Gothhana Personal account: ~Esme: :.
.: My icon was commissioned from ~Teaparties. :.

.: Don't be a murry purry furry on or to me. I'm not into random physical contact. That shit is creepy. :. 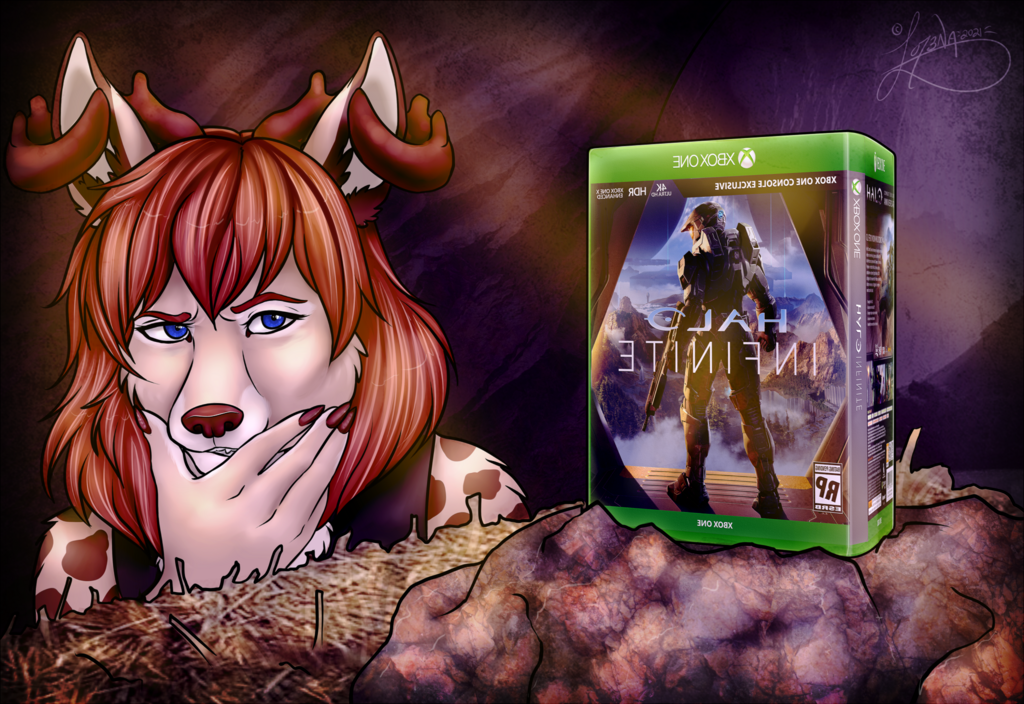 I'll likely be using postybirb to shove this on FA/Weasyl/DeviantArt which I'll probably be using as the default art sites I post to going forward. Twitter's mostly for sketches and wip projects.

Okay, wow first off, I haven't updated you guys anywhere in literally months. And let me tell you, that has NOT been easy on me, or my conscience. I'm not saying this as a means to excuse the behavior but I'd like to address a few issues about me in the first place.

This all started when I first took my initial 'leave' of FA and was required to get a "real job" just to make ends meet and get out of a place where I was just surviving and in a constant state of fear to where I'm living now which is only slightly more stable and I'll go into that first and foremost. So here's the main shit that I've had on my plate this last few years and it's probably one of the biggest reasons I haven't known how to even preface this, and this probably won't be received in the best way, but I'm done being ashamed about myself so here's a few points that I'd like to make clear.

I am not trying to excuse anything, but I am trying to explain it in a coherent way to the people who have been trying to get in contact with me or asking for updates on the commissions I owe them. That leads me to the second point that I'd like to make.

My art is shit. I do not remember how I used to draw and it means that I am constantly trying to remember how my brushes used to work or how to make them work for me now. I'm also working on a tv screen so what you guys see versus what i see is way different. I need to invest in a computer monitor instead of a lower resolution tv because I can't see how my blending brushes work and my lines are probably all blurry, but I can't afford it currently. It's part of the reason I do not think I'm a good artist right now. I think my work is more closely resembling a crap tier factory production piece than being seen as a custom piece created by an artist with actual creativity. I feel like my artwork is overpriced and underdeveloped. There I said it. I'm scared that I've hit my plateau as an artist as I don't see any improvement in what I'm creating. I need more people in my life that are artists themselves who I can talk to about this shit, and that's just not something I have right now, so it's making it hard for me to compare and get opinions on my work that I feel come from someone that isn't a 'fan' of my work, but someone that creates themselves and can be more critical. I have absolutely no confidence in my abilities currently and, I feel like everything I've been putting out and everything I'm working on looks like shit. I also look back on my old art and think that also looks like shit. I see what is wrong with it. I remember tidbits of how I used to draw, and I know what I need to work on, but the more time I'm taking to try to remedy the issue, the harder it gets because I see myself failing and I fucking hate it.

It's been a struggle guys, for real. I don't know if I just need to do a completely new style and hope for the best or if I should just continue to do things in my old style as I remember how to do that. What I can say is that there's a few things that are really making it hard for me to get inspired. First off is my queue of commissions. Dumbass me did not finish the art I owed before finding work, so I've got a backlog of things I owe people, and new commissions that I owe people as well. It's eating at me because I see the art sitting there, I try to work on it, and I fucking hate the way it looks. I've been trying to go back and work on things step by step but I keep feeling like it's not good enough so I've been working on things, closing them without saving, and just struggling with my hands on my head, wondering when it'll feel good enough.

I don't know if I need to draw more personal art so there's less pressure on me to perform until i get back into the swing of things, or if it's the lack of an 'art community' or social group of other artists that I can talk to about how to fix the things I don't like in my art. I've been wracking my brain about this and noting that it makes me feel like I'm alone and I don't know if I can trust my own eyes when I'm looking at these half-cocked things I'm producing... It feels like if I have issues with something or it looks wonky, I don't have people to do a redline or look at it and say "yeah you gotta redraw that hand it's backwards" or "legs are way too long" or "pay attention to the shading, that looks like it's pillow shaded and you can do better." or if I need people to look at it and say "wow that looks great, keep it up" fan style appreciation. I really just do not know. I'm stuck in this strange limbo. I see where I'm going wrong, but I don't know how to fix it, and I want to fix it because I mean this is all stuff that people have either paid for or expect me to draw better than what I've been doing recently.

I also have to stress that rebuilding my fanbase and finding people on other socials is incredibly difficult for me to do, since I don't particularly enjoy social media in the first place. I'm finding it hard to spread myself out across multiple platforms and I still don't feel like I'm doing a great job of that. I let my patreon go and kick the bucket since frankly I don't think that my current system would work on tiers in the first place, and I don't think there's enough people that would support me through patreon. I still have ko-fi going and my shinies system set-up but yeah I don't really know if those will get used either. I'm struggling because part of me wonders if there's even a point to getting back into drawing furry art or furry smut for the people who are still watching, or if they're just sticking around because they are dead accounts at this point.

I'm sorry if this feels like it's ranting but I needed to say -something- and try to explain what's going on with me, artist wise because I've been doing a shit job at staying in touch with the people I owe art to. I am super super extremely sorry about doing that, the way I've been doing that. It's been eating at me and the guilt has been even harder to work through the longer I've been putting off saying anything. I'm kind of at a loss, really. I'm scared because of all of the above, and that's not even touching on my personal life that's all just art-based.

Personal wise I'm just going to point form 2020 in a nutshell for me:
1) My now recently made ex-boyfriend cheated on me, and I broke up with him for it. He made it feel like it was my fault thanks to my agoraphobia and covid. That was great.
2) My mom has now been out of work for nearly 2 years and that means I'm constantly around a miserable narcissist who thinks I should be doing more to support her. Also great.
3) I have been socially ISOLATED for the entire time covid hit. I've been staying indoors and did not even see my family members for the holidays. I left the house a total of 10 times for groceries this year.
4) I've been rattled by my guilt and self-hate art-wise as addressed above but I'm trying to figure out how or what i need to do to fix it. It's not working so far.
5) My family has been on my ass for not being married/having kids/having a real job/being good enough extra bad this year because they're not seeing me and therefore think that I'm not doing enough to make shit work.
6) I haven't had enough energy to put into my interpersonal relationships, and I feel like I keep letting the people who love me down because I can barely string together the energy to get myself out of bed. I'm struggling pretty badly with that.

There's more there too but I feel like I needed to at least shove some journals up in the places I post art to, for the moderate following that I do have. I know that some of you are just going to not care or delete the journal without reading as well, and I mean that's fine. I expect that. Honestly just knowing I have this written up so I can point people to it is a little bit of a help for me. I promise that I'm going to try to work this shit out, but it's really not easy on me. I hate that I feel so weak right now but yeah. 2020 was a BITCH. 2021 so far has been pretty damned bad too. That breakup has been rough on top of all the other crap in my life and my artsy fartsy self hate. I'm sorry that this all sounds so dramatic and whiny. But I needed to say something.

Sorry, I'll continue to try harder guys, but I honestly don't know what my art's going to turn out like or how long it's going to take to get pieces done. It's been months and I swear I am trying, but it feels pretty bad when I look at what I'm making and think it looks like trash. I'll try harder. I will get through this. It's not the first time I've had a medium sized queue to work through, but it's gonna take a bit of time, and I might need to reach out to some social networks, and or other furry artists to kind of chat and learn from other artists again until I get to a point where I don't feel like tearing every digital canvas I've been working on recently.

Sorry for the longpost guys but yeah, life has not been great. This is most of why that is, and I'm sorry if I haven't been reaching out much on discord or through notes or whatever. I'll do my best to get better. In short, 2020 sucked. 2021 still is suck, but I'll try my best to figure out what I gotta do to get my art back into shape.