The Fallen One by LordDominic 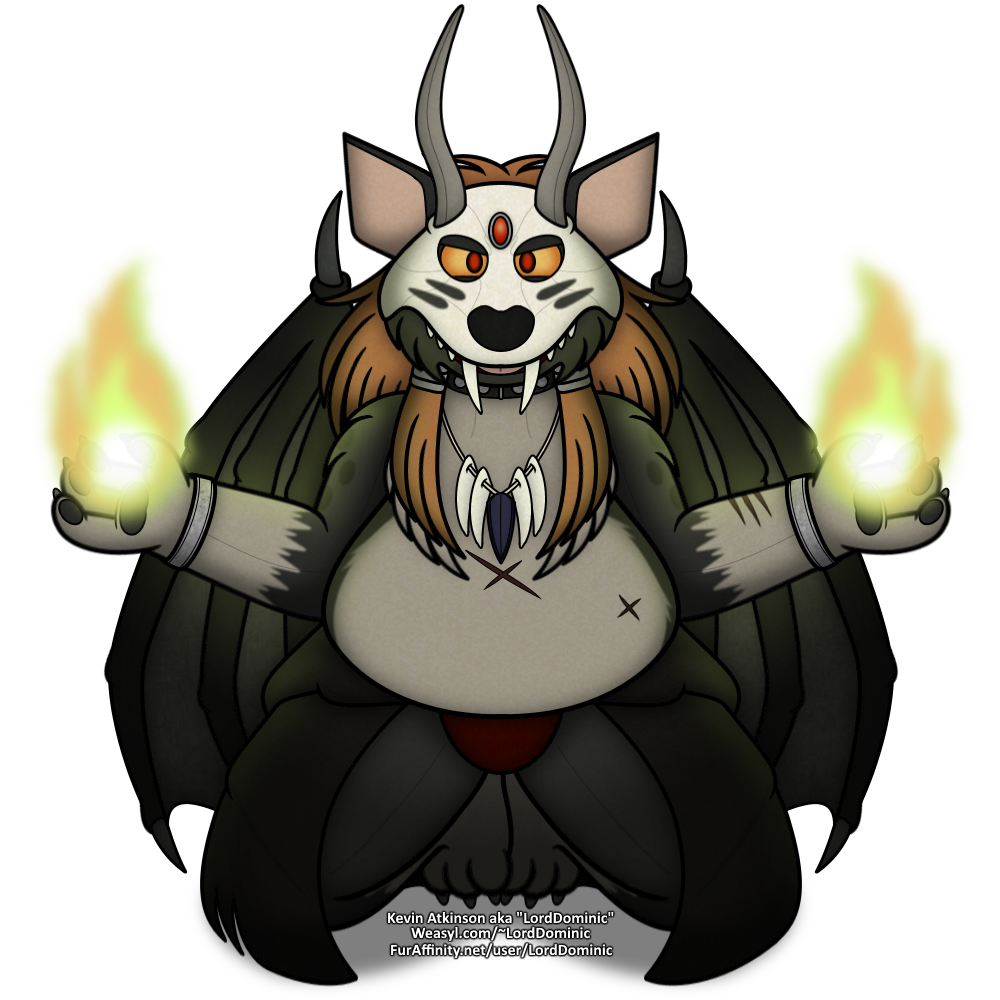 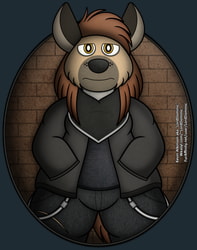 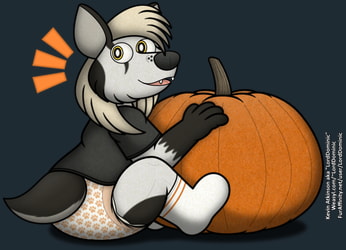 It's October, my dudes!

It's also Fat Fiend Friday, so here's something (obstensibly) new I came up with... even if it is just an anthropomorphic version/evolved form of the Fallen Fang.

Haven't really decided much about him yet--he doesn't really have a name besides being referred to as "The Fallen One" or "Lich King" (super original names do not steal), and I may wind up using him as some sort of villainsona should I ever need a Geoterran Wolf Lich Necromancer that looks like Dominic Silverclaw decided to go all out for Halloween.

Drawing this and thinking about where he might fit into the world did, however, lead to me giving some thought to how customs like Halloween might exist on other worlds, in this case Geoterra, where undead/zombie/spectral creatures just sorta... exist. The reasoning comes down to the changing seasons--the summer is far too hot for undead creatures to be wandering around outside their various catacombs, cursed cemeteries, or whatever magically protected necropolis they reside in lest their decrepit bodies start to rot in the heat (not to mention, the stench of said death and decay would be amplifed by the heat). Winter poses an opposite problem, while potential decay is negated by the cold, if it gets TOO cold, a sort of rigor mortis might set in as I imagine these creatures don't really generate body heat the same way living ones do. While I doubt this kills them (if that's the word to be used here), I'm sure it causes them to enter some sort of topor or hibernation or catatonic state at the very least, until they thaw in the spring.

This leaves autumn and spring as the two times of year the undead can freely venture from their graveyards without worrying about the effects of the weather on their bodies--and they've chosen autumn as their time to shine. Customs like human Halloween may have arisen as a result, the lighting of candles and lanterns to light dark corners they may decide to lurk in, various offerings to honor the dead and appease the undead (and, as these creatures are an extant, albeit not all that well understood aspect of their world, said offerings might be understood as signs of friendship or a "peace offering" of sorts), dressing in costume to blend in with or scare off whatever ghouls may be wandering around at night, and for some, dark rituals meant to welcome and summon the undead--if you had a friend that somehow transformed into a ghost instead of simply passing on, this might just be the one time of year you get to catch up with them!

Random lore dump/speculation over... I guess I never have gone into detail at all about how these sort of creatures would fit into a world where they're not "supernatural" until now, and this seemed like as good a place as any to share some thoughts on the subject.